THE SCREAMING JETS Get Better With Age 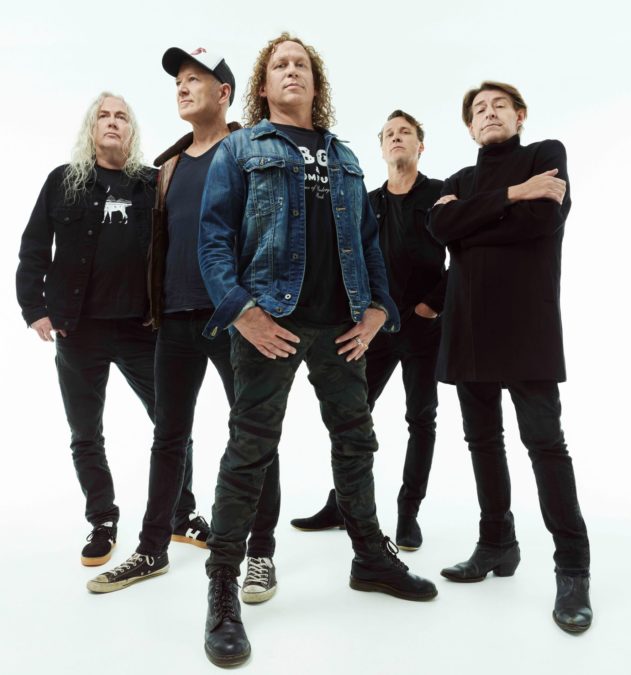 Turning 30 is a big deal – whether it is your amount of laps around the sun as a person, or whether it is a body of work that was created and still resonates three decades after the fact.

While the members of The Screaming Jets personally celebrated lapping the sun a couple of years ago, their debut album All For One this year celebrates that milestone, with the band releasing a special re-recorded version with the current line up to mark the occasion.

The 1990s was a Golden era of rock in this country. You had AC/DC, The Poor, The Angels, Baby Animals, Superjesus and more all taking rock music from this side of the world to a global audience, but it was the release from a group of young, brash and rebellious Novocastrians that took the rock world by storm.

Here was an album that pushed every conceivable musical boundary and produced singles such as Better and Shine On that would later go down in Australian rock history.

With the new release date of October 22 earmarked because of recent COVID related complications, guitarist Jimi Hocking sat down with HEAVY to run us through the life of a classic rock album.

“It’s a different kind of excitement,” he replied when asked if waiting to release the new version of an old album compares with the anticipation of putting out an album of new material. “I’ve been playing these songs a long time – I joined the band in 1993 – and I’ve been playing these songs for the best part of 28 years. We love the record. The first album release was a cracking release as rock fans will remember, it was a great Australian release in its day and to take on the task of doing it again was a little bit daunting, but I’ve gotta say we’ve had lockdowns and the experiences from that during the process of recording this album, so we went about it a very different way. I’m excited because we managed to complete the album and when we got the mixes back from Steve I thought they were every bit as good as the first record and I got really excited when I heard back what we put on tape.”

With The Screaming Jets known for their love of a good time, particularly on the road, Jimi explains how the initial seeds for this new anniversary edition of All For One were sewn.

“I’m not really sure,” he measured. “It was kind of an organic thing, and to be really honest, one of the main reasons we started having the conversation in the first place wasn’t to replace the first album. In actual fact, we don’t own that first record now, and if we were gonna go out and promote and play the first album and give it some gas for being 30 years old it seemed like a moot point that we didn’t really have a connection to the… we couldn’t sell it basically at our merch desk because we didn’t own it any more, so that was part of the motive to start the conversation and once we had the conversation we started to think it would be cool – we’ve added a few solos to the live set over the years and Scotty and I have played in our own idiom as well – so we liked the idea of doing the things we have tweaked up over the last 30 years of playing the record, so it was nice to get that stuff on tape.”

In the full interview, Jimi talks about the changes made to the songs and why they are there, whether they ad-libbed in the studio or had their fresh parts down already, making the new versions similar to the live takes, hearing All For One for the first time and his thoughts, why he thinks the album still has appeal 30 years later, his departure from the band and subsequent return, some of his favourite memories and more.

This interview was recorded prior to the tour being postponed, so any dates mentioned will be misleading. Rescheduled dates will be announced as soon as possible.