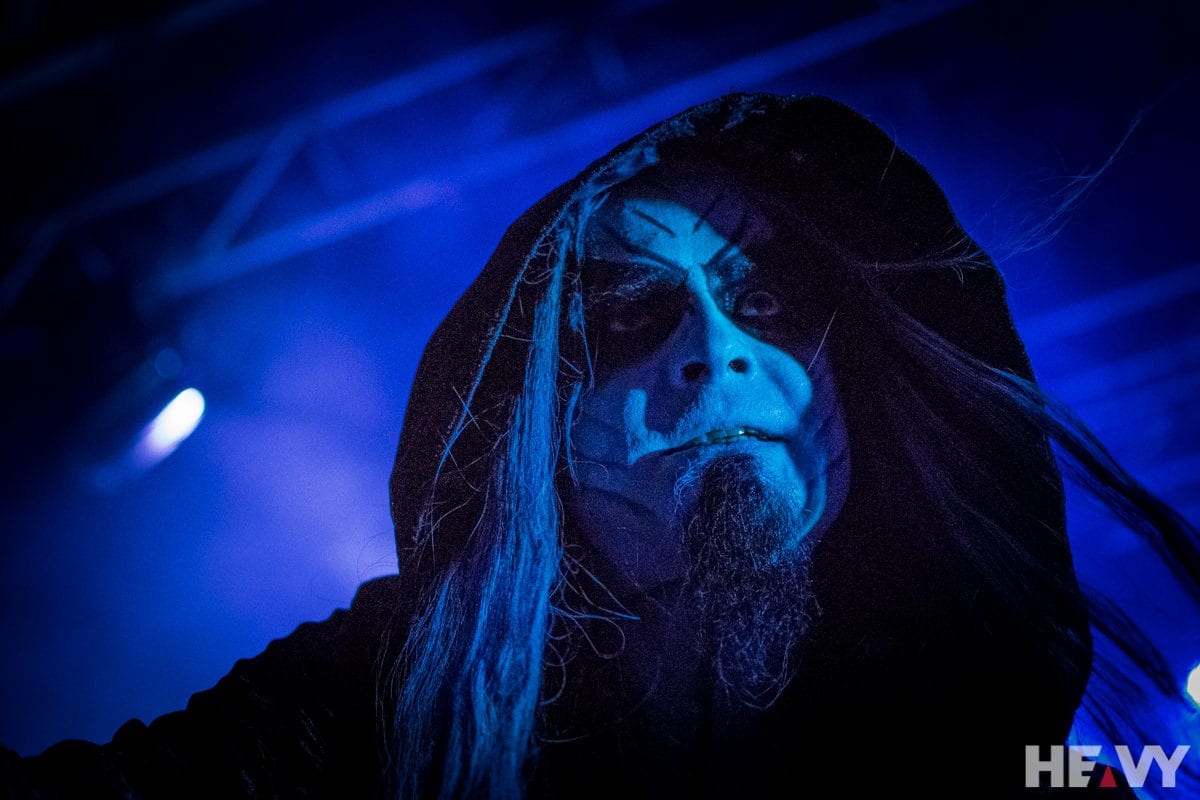 Let’s face it readers, for those of us that are fans of the black symphonic beauty of Dimmu Borgir, we have waited far too long to bare witness to a headline tour from these Norwegian titans of undoubtedly one of the most important, instantly recognisable and renowned extreme bands the world has ever known.

Dimmu’s last outing to our country was for Soundwave 2011. I was present at the Melbourne leg of that event and we were unfortunately robbed of half their set due to technical difficulties and only got around twenty five minutes of their forty five minute set. Oh well, shit happens I guess! But I was fortunate enough to be present at their now legendary show at WACKEN Open Air in 2012 featuring none other than Czech Symphony Orchestra and the Norwegian Schola Cantorum Choir. Now that was one hell of an experience and incredible event to behold and is pretty much the the basis upo0n which all Dimmu shows must be comparable to! Now, obviously readers, logistically that kind of massive and immense Dimmu experience will not happen here but the magic of that night on August 3rd 2012 on the sacred Holy Lands of WACKEN  is available for all to enjoy on youtube. So, obviously there are few that will ever get to experience the sheer majesty and magnificence of a Dimmu show featuring a full orchestra that wholly and solely personifies and encapsulates all that they truly represent as a musical beast. Plus we also understand that both logistically and financially it is a rare momentus gift that the band would ever be able to gift us the full Dimmu Borgir experience. That being said, the fans are only ever going to hear an orchestral backing track complimenting the force of Shagrath, Galder, Silenoz, Daray and Gerlioz that encompasses the soundtrack of the dark and Satanic essence of Dimmu.

Firstly opening for the entire tour is Earth Rot from Western Australia who have been getting a good run of late supporting many international touring bands. Now, we all know opening bands, no matter who good will never get full access to the sound rig, which is shit sometimes because a great band can suffer and even bare the brunt of no matter how good they are, will struggle to be fully complimented sonically and appreciated audience wise. And whilst Earth Rot released a pretty solid and strong album in last years Renascentia, the past two evenings the band played their fucking asses off but the experience forthcoming from the front of house just failed to give them the sound and justice they deserved and I felt mildly sorry for the Earth Rot lads. I honestly hope they had a better experience at other evenings for the duration of the tour.

But let’s talk Dimmu Borgis’s first headline evenings in Melbourne in 2018 shall we. I had the privilege of attending both nights at 170 Russell and will try to describe both. Last night’s event (Wednesday 17th)  was the first announced Melbourne show and the only sold out event for the whole of Dimmu’s Australian tour, so a second date was added to the night before being Tuesday 16th. This first show was not a sell out with the venue being at perhaps three quarters capacity at most. Regardless of how much we love our live metal here in Meblourne, gigs on a school night early in the week isn’t always ideal and to be honest I think it showed, crowd participation wise.

Tuesday nights crowd was nowhere near as energetic as was Wednesday nights. As I said, it may of been a case of too early in the week for some punters, and whilst there were moments and pockets of a true Melbourne metal audience it honestly didn’t hold a candle to the sheer monstrosity and appreciation of Wednesday nights paying Dimmu Borgir salivating crowd.

And here readers is my gripe for Tuesday night. Just as the crowd was a little flat, I honestly feel as though, as in previous statements, any Dimmu Borgir album release is a full, chaotic, all encompassing symphonic, dark, black metal beast and onslaught of the senses that is a near impossible feat to replicate live in any live environment and circumstance. And yes I did state that the audience are given the substitute of a backing track to try and replicate the symphonic elements as an accompaniment to Dimmu as a whole being, but truthfully, as much as I fucking love and adore Dimmu there are various moments throughout the show where not the band perse or at all at fault, fail to deliver on their promise or musical excellence and what they are trying to encapsulate as a band, but we all know as listeners to their music that when those gigantic moments hit and immerse and compel us we expect this sheer explosion of symphonic bliss and it live at moments falls a little short and fails to rise to the heights we’d expect them to be.

Now, sonically as a five piece of perfect story telling, song writing, performers, masters of their craft and immersive geniuses of dark symphonic art, on both evenings, Dimmu kicked our fucking asses. For a full eighty or so minutes we experienced via brutal sonic symphony the exact reason why these Norwegians are rulers and kings of extreme metal. Not quite covering their entire back catalogue and starting at Puritanical Euphoric Misanthropia right up to this years Eonian, Dimmu’s set was as perfect as we could of asked for and would pretty much be the fan ‘By Request’ setlist if that was indeed an option.

There was little need for Shagrath to seek any kind of validation as to Dimmu Borgir’s presence in our country of any of these evenings. But nonetheless every single ticket holder was and is, grateful for having the opportunity to spend a mere fleeting moment and too short a minutes with a band who are truly both “Kings of a Carnival Creation” “In Sorte Diaboli”!