Dance Gavin Dance & Veil of Maya – are coming to Australian shores this February & March, presented by Destroy All Lines. In a six-date tour that takes to Brisbane, Sydney, Newcastle, Melbourne, Adelaide and Perth

Dance Gavin Dance‘s ambitious blend of heavy progressive rock and post-hardcore has become something uniquely their own and fans just cannot get enough – having streamed tracks from 2018 album Artificial Selection [Rise Records/BMG Australia] over 20 million times on Spotify alone. Add to that, staple catalogue anthems “Chucky vs. the Giant Tortoise,” “Young Robot,” “Inspire the Liars,” and “Deception” accounting for another 30 million streams on top of that. Their albums regularly chart in the Billboard 200, each of the last three progressively higher than the last, from Top 40 to the Top 15. An international touring act for over a decade, Dance Gavin Dance has done Vans Warped Tour three times, toured with the likes of Underoath, A Day To Remember and Pierce The Veil, performed at major festivals, and headlined sold-out club tours.

Veil of Maya encode a ponderous narrative into the core of their music via a maelstrom of polyrhythmic guitars, sweeping vocals and shuddering beats – and that narrative is more than prevalent on their 2017 album, False Idol [Sumerian Records]. Previous album Matriarch came in at #2 on the Billboard US Hard Rock Chart and spawned the band’s biggest hit to date, “Mikasa”—which racked up over 5.2 million YouTube views and 5.1 million Spotify streams. Matriarch earned acclaim from Billboard, Alternative Press, New Noise Magazine, and more as the guys hit the road with the likes of Animals As Leaders, Upon A Burning Body, Volumes, Chelsea Grin, Oceans Ate Alaska, and other heavy hitters in addition to a stint on the Vans Warped Tour. 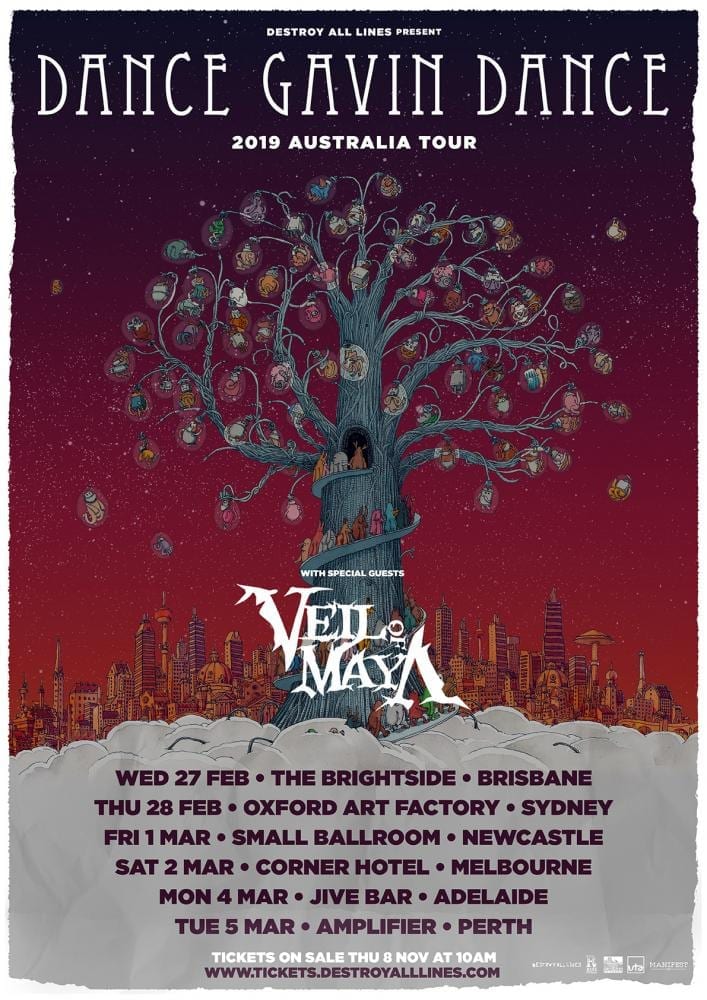