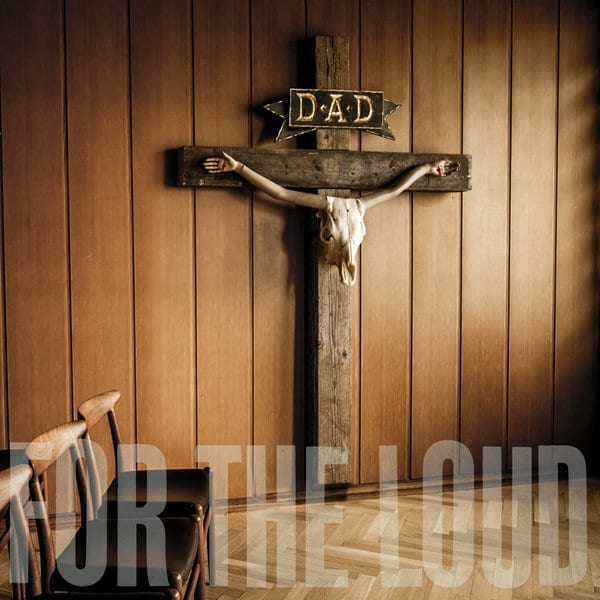 Before I get into reviewing the brand new upcoming album from D-A-D, (formerly known as Disneyland After Dark) I need to make a select few important points.

Now, onto studio album number twelve titled A Prayer For The Loud from Denmark’s D-A-D. I have been a fan of theirs since hearing and being blown away from their single “Sleeping My Day Away”. A catchy anthemic track that resonated with my love of heavy music and while studying my ass off all night and then hating the world in the mornings.

D-A-D have always had a knack and incredible ability to draw a listener in and be a comforting embrace and shoulder no matter what your mood! A Prayer For The Loud is no exception, it is a gutsy heavy rock album that contains all the formulas and characteristics that have kept D-A-D going for thirty-three years.

It’s been eight years since their last album, DIC·NII·LAN·DAFT·ERD·ARK and I am definitely not disappointed. If you are a fan of D-A-D and are well acquainted with their art then let it be said, Jesper, Jacob, Stig and Laust haven’t fixed what ain’t broke and wholeheartedly stuck to where their hearts lie. Delivering kickass hard rock driven songs, passionate ballads and bluesy soul tracks music that exudes comfort and familiarity.

Launching the album is “Burning Stars” — here’s that perfect reacquaintance to D-A-D if they’ve fallen off your musical radar or… the perfect introduction to D-A-D and all they encapsulate if you have never heard them before! 4/4 driven hard rock heaven “Burning Stars” — straight up energetic, balls to the wall rock n’ roll.

From the accompanying press release, the band stated that they focused a fair amount of energy into delivering catchy and memorable melodies and choruses. The choruses throughout the duration of A Prayer For The Loud are just that. Have a look at any of their live gigs on YouTube and you’ll see a full audience joining in and singing along with the band in unison. It’s amazing. ( I got the chance to do it with them at WACKEN 2012!)

Ttrack three: “Nothing Ever Changes” reiterates their anthemic nature, stature and approach to musical structure. Four blokes who have a perfect bond that both enables and give them a force to write songs that need no explanation or validation. We can hear from every new D-A-D album that comes out, Jesper, Jacob, Stig and Laust have without doubt poured their entire souls into creating something catchy, heartfelt, special and poignant. Case in point is track five “The Real Me”.

On every D-A-D album there’s a killer ballad that tugs at your feels and “A Drug For The Heart” is no exception. Opening with nothing but Jesper and an acoustic guitar for the first verse to serenade the devoted it slowly introduces a soft electric guitar before the rest of the band join in for verse two ensuring heads are nestled comfortably on shoulders to bring us closer together  and bonding us as I would argue only D-A-D can do.

Overall, A Prayer For The Loud is typical and unfaultable D-A-D. It has nothing new or groundbreaking at all, but ultimately that doesn’t matter where D-A-D are concerned and nor should it.

A Prayer For The Loud is like shaking hands with an old mate or hugging a new friend. Just really good, catchy rock that tugs at the heartstrings.

PrevPrevious.DIAMOND HEAD ‘The Coffin Train’
Next.WHISKEY MYERS and THE IMBECILES at Electric Ballroom, London, UK on 21/05/19Next