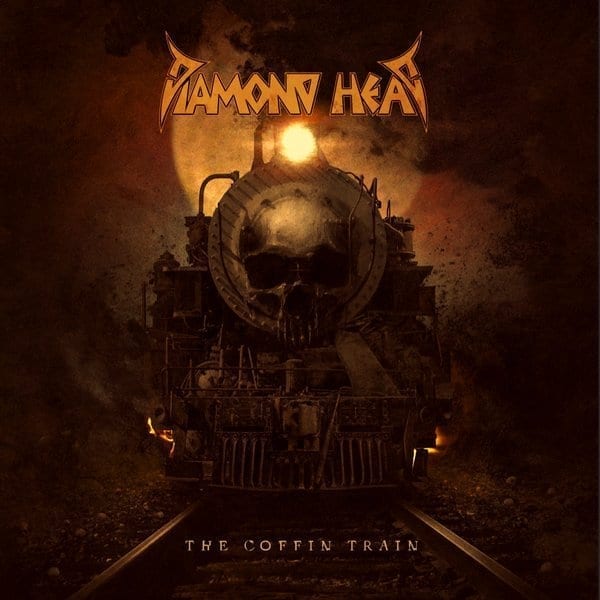 Forty three years ago a legend with pure intent and foresight was born. Formed in Stourbridge England was one of the flag carriers and front linesmen for what we Metaheads know and revere as the sound instantly recognised as NWOBHM. Few bands can claim the title of Godfathers of the genre, Iron Maiden, Judas Priest, Samson and Soxon, Def Leppard and Venom to name but a few! But, one of the bands that has consistently been included as pioneers of the sound and influence of many bands succeeding them are Diamond Head!

For their enduring and influential career DH have only released eight albums. Which may seem paltry to those living in an age where dime a dozen bands regurgitate album after album who’s only intent intent is to get likes and become clickbait in a world where metal fans are spoilt for choice but ultimately lose interest and are soon scrolling for something else.

Diamond Head have unwaveringly stayed true to who they are and the importance of what their sound and music represents and nothing can prove that more than 2019’s The Coffin Train.

Firstly, The Coffin Train fucking rules. Why? Well because it is an uncompromising and unapologetic gatling assault from the classic 80’s era metal sound that’s propelled purposefully into 2019.

Just wrap your ears around the opener “Belly Of The Beast”. Simply stated this track could easily have been the gauge for what the NWOBHM should be if it had been invented right now. The band kicks in immediately, intentionally ready to break necks and turn brains to mush. But what makes the listener take notice is the commanding classic heavy metal wail of Rasmus’ vocals. His incredible vocal talent is what proves Diamond Head to be leaders and commanders of the true and pure heavy metal sound. Written and recorded as it was meant to be heard. His vocals have been masterfully and magically given an incredible effect quality that just makes the entire band shine perfectly and majestically.

Many bands of Diamond Heads ilk searched for that little spark that would give them a taste and segway into commercial stardom and recognition, The Coffin Train gives Diamond Head that spiteful middle finger to the world that they refuse to renege on the purpose and promise that they made to the heavy metal faithful. A hypnotic stadium bursting intro comes forth on track two “The Messenger” which is a call to arms and uniting, ‘horns in the air’ anthem whose sole intent is to summon the masses to a Diamond Head, driving riff fueled procession to heavy metal heaven.

Title track “The Coffin Train” is unquestionably the song, not only for this album, but for all those preceding it, where Diamond Head carve into both history and future the rationale behind all we worship and revere about heavy music. No matter whether it’s as extreme and unrelenting and time signatures and aggression permits or slow, focussed and forcefully commandeering as true metal is recognised to be.

“The Coffin Train” as both song and album title is masterfully written by founding member Brian Tatler,as well as Andy Abberley, Dan Ashton, Karl Wilcox and of course Rasmus Bom Anderson as I have attempted to summarise in my words above is both a tribute and reinvigoration to the passion and direction of the roots of what we love about metal and how we were all introduced to it furthermore The Coffin Train is without question our ride into the future that encompasses and binds all of us who praise the heart, soul and burning inner core and voice of what metal stands for.