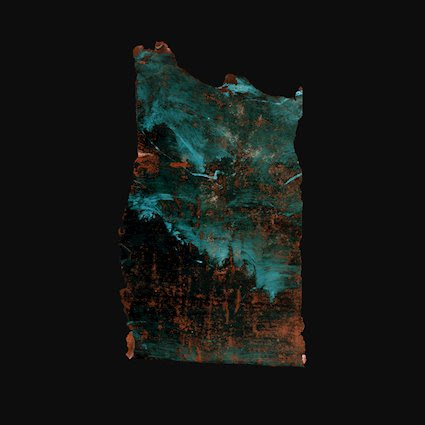 The Long Road North, by Sweden’s Cult of Luna is a great example of what a band can do organically in studio, as well, as the power of the internet and sharing files amidst the modern pandemic environment.

With more guests than a Wu-Tang album, the band have truly outdone themselves with this follow up to 2019’s A Dawn to Fear, yet continues the trajectory of 2021’s E.P, The Raging River.

It is quite refreshing to hear actual real drums that have a dynamic and human feel on a metal release, something that’s missing from a lot of modern music within the genre, what with sample replacement and triggers. Producer Magnus Lindberg has done a fantastic job of giving all sonic contributions space and room to breathe.

The riffs are bombastic and have a grandiloquent quality that sit somewhere between rock and metal, giving the album a more commutative translation that will resonate with all fans of heavy music.

By the time 2nd track The Silver Arc has finished destroying your eardrums, coupled with ambiguous lyrics open for interpretation, a refreshing change to the blast is welcomed and fortified by the Marianne Faithful-esque musings of guest vocalist Mariam Wallentin in what can only be described as the quickest
three minutes of respite offered on a metal album of this calibre.

To be honest, though, they needn’t have bothered with any other of the collaborations on this album, as they offered nothing unique or interesting outside the scope of the band.

However, the band themselves go from strength to strength on next track An Offering to The Wild, which to me, is a sonic representation of the cold, ice-ridden and sometimes bleak Swedish landscape that this band as a whole evokes. Truly ethereal, and an album highlight for this reviewer.

If you’re a fan of mid-paced epic riffery and angry vocals shouting about Nordic subject matter, then this is definitely worth a listen.