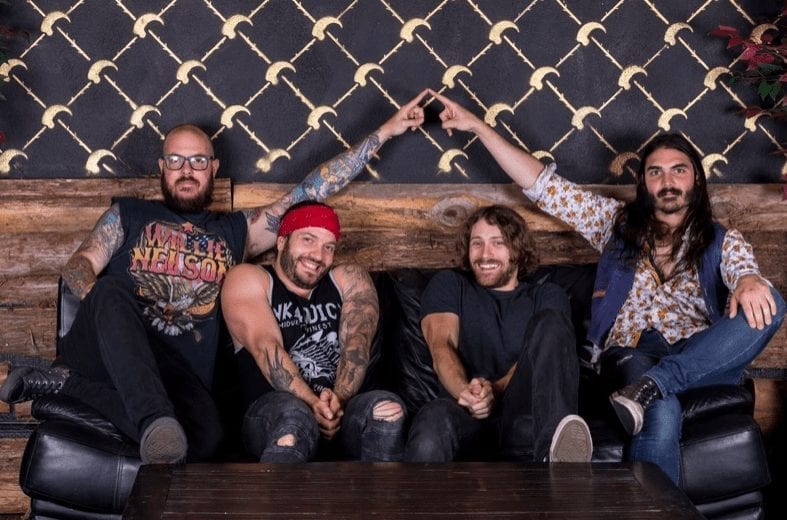 With Crobot to release their third LP Motherbrain on 23rd August, HEAVY caught up with them just before they unleashed their space-funk power to The Underworld in London, UK.

Their first mind-to-tape creation since LP Welcome To Fat City (2016),Crobot discussed the veritable obstacle course of music creation for Motherbrain that producer Corey Lowery (Seether, Dark New Day, Stereomud) put them through to conjure their “heaviest record” yet.

“[Lowery] was such a good influence on this record,” guitarist Chris Bishop revealed, “he definitely helped us make one of the best and heaviest records we’ve made.”

“It was a whole different beast, everything about how we did it was different to how we’ve done it before,” Bishop professed. “Even the songwriting going into it, it was put a lot more under a microscope, and then once we were in the studio that was completely ripped apart. It was interesting for us.”

“We wrote for two years, but also we had been in headphone land just emailing songs back and forth. Corey took it one step further … and you knew you were onto something when his enthusiasm would go to like, fifteen,” enthused new recruit Dan Ryan, who replaced drummer Paul Figueroa upon his departure in 2017. “[Lowery] really just wanted this to be the best rock record it could be and he understood the Crobot sound.”

“I’m still getting some of the inkings and colouring back. … It should be out hopefully at the end of summer,” Yeagley declared, the corners of his mouth upturning into a Cheshire cat smile. “I’m especially excited for this issue. … With this one, it’s like a Schwarzenegger flick!”

Listen to the full interview to hear the Crobot brethren discuss their legacy, a brewing romance within the band and their various on-stage mishaps, including the unbridled adventures of Bishop’s ever-spinning guitar.