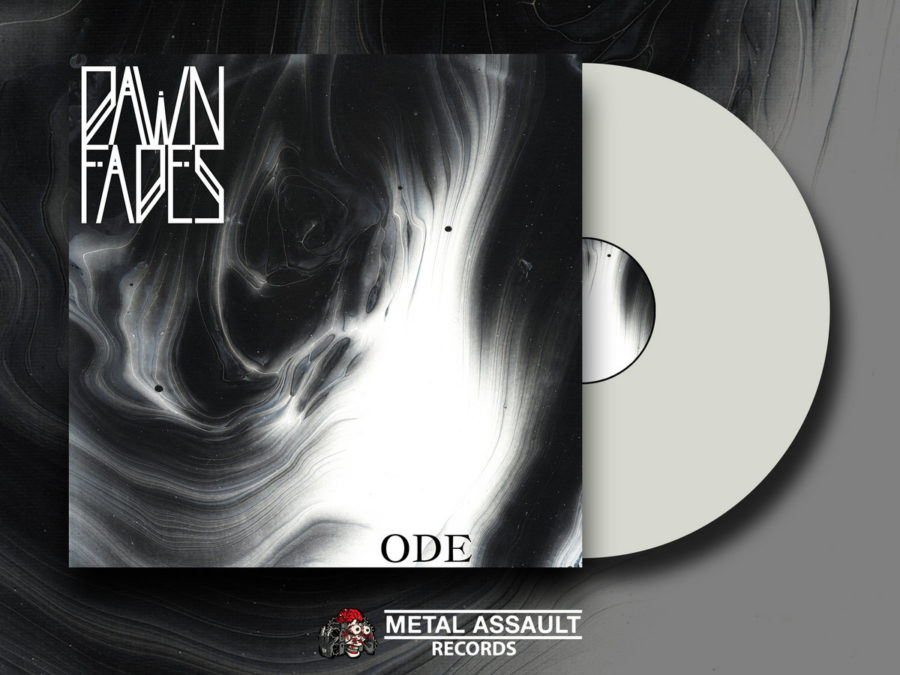 Now, I’ve heard of post-hardcore, and you all know my thoughts on that, but what the actual fuck is post-metal? Is that meant to mean after metal, is metal gone? Apparently, Dawn Fades are about to give me a lesson in it though, so I may end up a little wiser by the end of this review. Alternatively, I’ll just end up with another sub-genre to add to my shit list, but let’s not jump the gun and instead wait and see how their new album Ode works out for them.

Dearth, not sure if that’s a spelling mistake, or a play on the derp memes, or maybe even something more intelligent that I’ll probably never figure out, but most importantly it’s the name of the opening track. My first impression of this track is Deftones but with a slightly darker tone. Long droning clean vocals ring out over a simple chord progression, creating a very laid-back sombre mood. 3 minutes in and the song hasn’t really progressed anywhere, maybe we’ll see an interesting shift somewhere in the next 5 minutes of the track. We get a quick few screams, and then back to the initial vibe of the track. I’m very quickly starting to lose interest until we start hearing some more screams and some nice heavy guitars kick in, but it loses me again with those long, drawn-out vocals.

Next up is Taste which opens with a little more of a lively vibe and some nice dark screams.

A tasty drum and bass groove sits below some rung out guitars, and the long, drawn-out vocals begin to drift overhead. The track pulls back to a drum fill section of beating toms while the guitars, bass and vocals wail in and out aimlessly until the end of the track.

We’ve now reached the title track Ode, which is split up into two parts. Ode Pt 1 is basically just an intro with some weird background noises and some spoken word mumbo jumbo about some shit you’ve done from birth to death and every stumble in between.

Ode Pt 2 kicks off with a slowly chugged rhythm section and those long, drawn-out vocals we’ve heard across the album so far. This one does get quite heavy while maintaining its slow droning vibe, but at this point I’m not sure that I’m going to make it through the whole 6 minutes of this track. I sit it out waiting for something exciting to happen, and for the song to grab me, but it falls short, and I’m left exactly where the song started, slow and drawn- out.

Front sounds very much like all the tracks in front of it, but we are blessed early on with some heavy screams. The track then pulls back to some nice clean guitar melodies, and a super smooth bass line, while the vocals begin their whiney drawn-out process again. I actually don’t mind the sound and atmosphere that this band creates. In the big scheme of
things though, it’s as boring as bat shit, which thankfully for the band is not nearly as boring as trying to make your way through an entire Tool album.

The next track Chains clocks in at 8 minutes and 36 Seconds and from the opening two minutes of slow picked clean guitar I’m not getting my hopes up for anything exciting over the following 6 and a half minutes. Enter heavy chugged guitars, thumping drums, and throaty screams, and I’m slowly getting partially excited. Then those droning clean vocals
kick back in, and I’m having a serious case of déjà vu. It does pick up to the heavy screams section again, but then fades down to an acoustic interlude with some dark, not so drawn- out vocals. This is the beginning of a very slow, very doomy outro which is probably some of their best work so far on this album.

Album closer Turning is a slow acoustic piece complete with vocal harmonies and a two- string guitar melody. For a very simple composition, this is a very emotive piece. I’d even say it’s my favourite track off the whole album because of its simplicity and the fact that it gets straight to the point as the shortest song on the album, clocking in at only 3 and a half minutes.

Great band, great sound, great musical atmosphere. Just not my type of thing though, but it doesn’t need to be to get my respect, and this album does have my respect. I mean, I’ll probably never listen to it again, but hey, who cares, the band don’t, and you probably don’t either.