Coming In Hot With DEAD VELVET 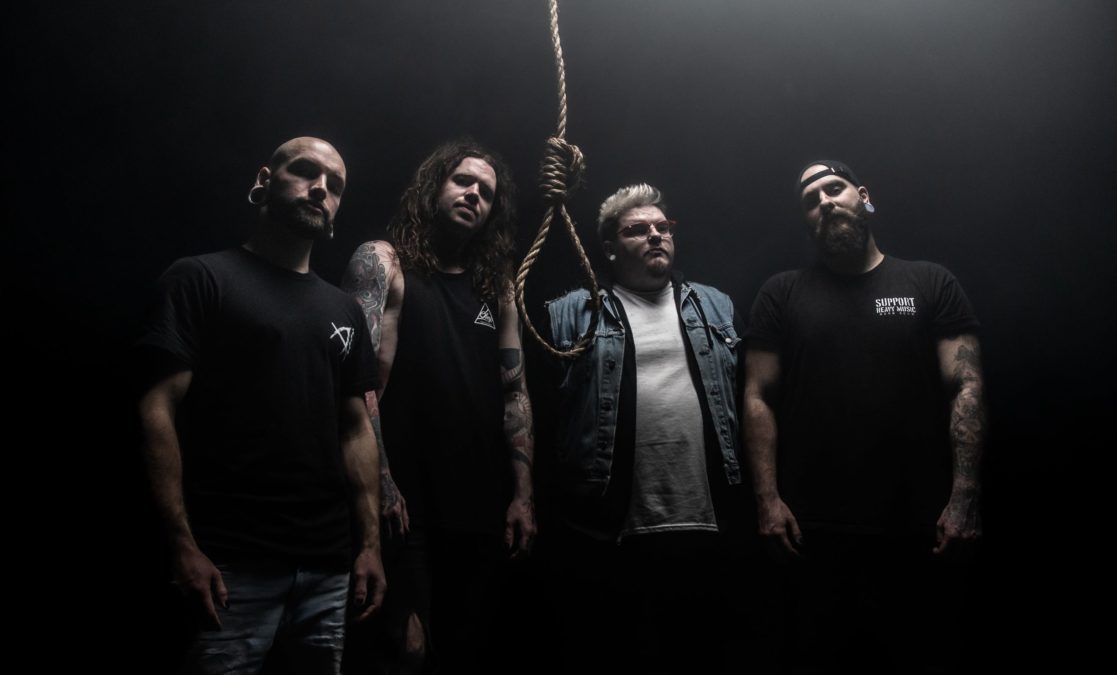 Rising from the debacle that was the pandemic is Montreal metal outfit Dead Velvet, now two songs deep into their career and sounding more like seasoned professionals rather than fledgling metal stars.

With a general thematic undertaking revolving around death and the predicaments we are put in relating to that subject, Dead Velvet first piqued our interest with debut single The Dogs before proving that was no stab in the dark with the follow-up Lonely Wreck.

Such is the power of these two songs and the strength of the platform already laid by Dead Velvet, HEAVY felt compelled to track down the band for a chat, and we are certainly glad we did!

We caught up with vocalist Jesse and drummer Tylor for the lowdown on Dead Velvet, starting with the musical intensity of Lonely Wreck.

“Stretch (guitar) came to us pretty much with a mold of the song and as a band we worked it,” Jesse added. “We found ways to make it groovier… It’s got that eerie back track playing the whole time, like a horror score kind of vibe, setting the tone. After that, I wrote the vocals and lyrics and put it on top.”

Lyrically, Lonely Wreck tells the story of the last man standing at a party, but with a twist.

Rather than glorifying the effort, Dead Velvet look at the other side of the coin and how drugs and alcohol can affect such a person and the negative impact these vices can have.

“It’s like a little bit of an analogy,” Jesse explained. “Like, when you’re indulging in the party lifestyle you are, in a way, slowly killing yourself and that’s the imagery too. We have the noose hanging there the whole time, and then we have the actor who is going through some emotional distress and then when he’s looking in the mirror, he sees me, but then he realises that it’s just himself. Basically, the whole scene is taking place inside of his head, and then he realises that he was just all alone the whole time, thus Lonely Wreck.”

In the full interview Jesse and Tylor run us through the music in greater detail, the underlying themes running through their music, forming during COVID and how it benefitted the band, their early vision and how it has changed since, future new music, touring plans and more.

PrevPrevious.MAN WITH A MISSION: Break And Cross The Walls II
Next.SHEPHERD’S REIGN To Add Spice To BLACKEN OPEN AIR 2022Next