Just when you thought things were beginning to level out in the music world and the pieces were beginning to slowly filter into place, Melbourne punk outfit Clowns decide to deliver their new single and prove to the world that while certain things may stay still, others continue to build momentum.

“Does It Matter” is not a complete genre backflip for the lovable punksters, but it also isn’t the aggressive and in your face response to COVID that many would have expected.

And therein perhaps lies the underlying truth to the matter – that Clowns have never, will never and can’t be expected to ever do what is expected of them.

“Does It Matter” is a lighter and more melodic slab of music delivered from Clowns, but is also a welcome and refreshing change of pace that once again proves music cannot be pigeon holed and drolled out of an assembly line.

While there is definitely a hint of pop and cleaner rock tones seeping through the normally stoic punk exterior, there is also a renewed sense of zest and vigour that is accentuated by a slight departure off course.

For the first time, Clowns reached out to someone outside of the group, working alongside US-based songwriter Matt Squire (Panic! At The Disco, Ariana Grande), enabling them to look at things with a fresh perspective and outlook.

The result is the catchy and infectious “Does It Matter”, a tune overflowing with punk and garage fuelled rock mixed in with some big sing-along moments sure to bring out the inner Idol in all of us.

Drummer Jake Laderman caught up with HEAVY earlier this week to talk about the new tune and the bands upcoming Brisbane show.

“It’s been really good. A bit of a mixed bag really,” he said of the response to the single. “With this single, we wanted to do something really different and we had this opportunity arise to do some writing with some really talented pop writers and basically we decided that we would do that. That song was spawned in lockdown and we were just keen to throw things around and it’s been fun. It’s like releasing Shane Warne‘s pop music (laughs).”

As inevitably occurs when a band dares to venture beyond fan expectations, this song will no doubt earn the wrath of punk purists but Laderman shrugs when asked if that is something the band will take to heart.

“We don’t write music for other people,” he countered. “We write music for ourselves. As an artist, if we were to record another Bad Blood album just because people wanted us to, that doesn’t really show much artistry. We’re a band of people who like different music coming from all places and we have really different influences. This is just the result of that. That’s not to say that there won’t be heavier songs in the future but I wouldn’t say there’s been a bad reception. It’s like every release we’ve ever done. There are people who like it and there are people who are saying ‘you should do another Bad Blood‘.”

In the full interview, Jake talks more about working with Squire, discusses the recording conditions and how they influenced the single, gives a rundown into some upcoming new music and what direction it might take, talks about Mansfield Rocks in Brisbane on June 29 and more.

Listen to “Does It Matter” HERE 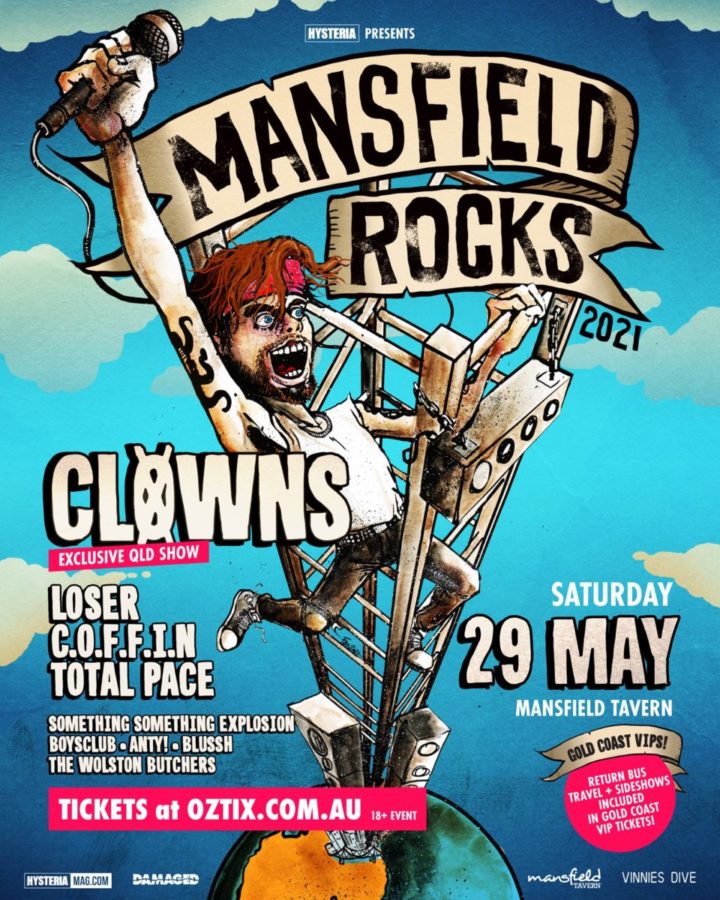