Clowning Around with CLOWNS 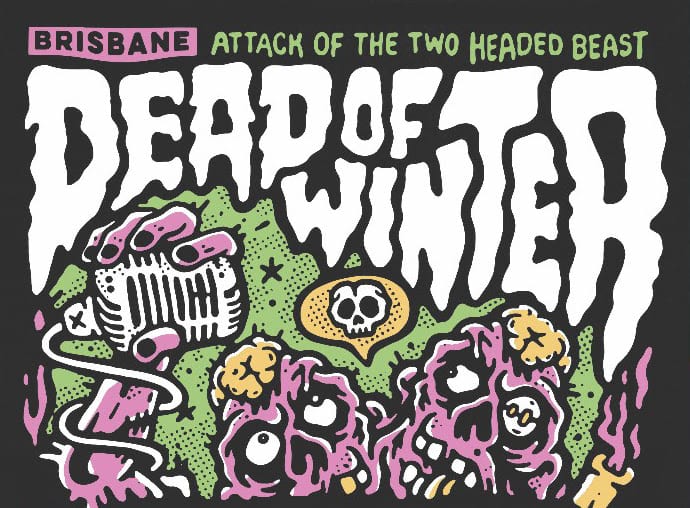 Dead of Winter Festival is fast approaching, featuring possibly the finest line up of home grown talent this year. With such an abundance and variety of bands performing, Jake Laderman, drummer for one of the headliners, Clowns, says that being a part of proceedings is more fun than work.

“I think with things like this where there is just so many friends it’s a little bit hard not to party,” he laughed. “We’ve got so many friends from different states and so many cool bands… I’m probably just speaking for myself but it makes me really excited to go and play music and have a good time with everybody. I would say we won’t be chilling that much… just a guess (laughs).”

Clowns explored new territory with last years album ‘Lucid Again’, with a – dare we say it – more mature approach to the music and Laderman concedes even with the benefit of more than twelve months to analyze the finished product that the band is more than happy with the changes.

“Yeah, definitely,” he affirmed. “It was a record where we tried a lot of new things and really wrote the album that we wanted to write. We have a really strict rule about not wanting to do the same thing all the time. We always wanna try new things and it keeps it interesting. ‘Lucid Again’ definitely has the most curveballs on it. We’ve got a record that we’re working on currently that has a few curve balls on it in other ways with different directions and stuff like that on it.”

To hear more details about the next album, including when we can expect it, plus everything you need to know about Dead of Winter from an artists perspective, how the band is feeling about playing at Wacken Open Air, and some interesting things about overseas performing and a bit of early history on the band, tune in to the full audio interview.