Brewing Up A Storm With CONJURER 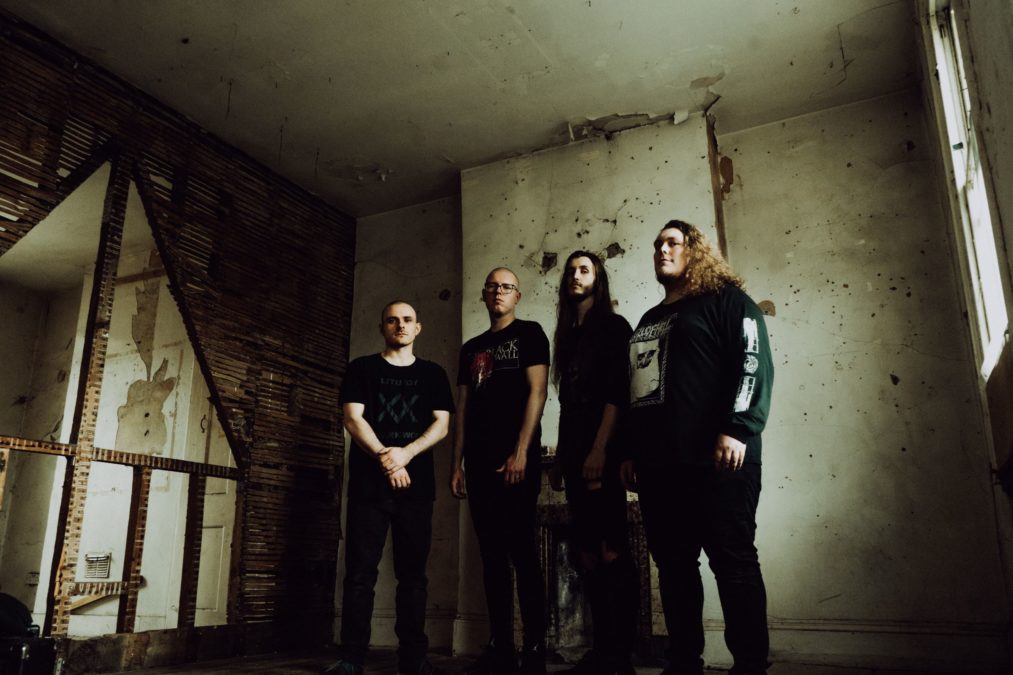 Seldom does a band as young to the metal scene garner as much attention and respect as British outfit Conjurer.

With their debut album Mire in 2018, Conjurer bludgeoned their way into the souls of the metal family with a brilliant and pulsating slab of music that belied their fledgling status. Mire forced its way into an overwhelming majority of Album Of The Year lists assembled by critics from all corners of the globe and were universally touted as one of the metal world’s most devastating, thrilling experiences.

Fast forward a global pandemic and Conjurer have emerged with Pathos, an album every bit as good as its predecessor and arguably better.

Throwing out the newly framed handbook of genres and subgenres, Conjurer have buried Pathos under a maelstrom of devilish intent, funneling elements of sludge, death, doom, black metal and hardcore influences into a melting pot of constrained violence that reveals more layers with each listen.

HEAVY caught up with Brady Deeprose (guitar, vocals) recently while the band was in Tasmania to play at the prestigious annual Dark Mofo event to talk about the album and the continued rise of Conjurer.

“We’ve been sat on this record for so long,” he sighed. “Something that has really dawned on me in talking about this record a lot is we wrote the majority of our last album, Mire, when we first started the band. We were gigging the songs for years before the record was even recorded, so what we really found the benefit of with Pathos is we’ve been doing this band for 7 years now, and we’re finally getting to see the benefit of that experience. When we wrote most of Mire Dan (Nightingale, vocals, guitar) and I had played in some local bands – I’d done A tour – and we’d not really done anything. We didn’t really know what we were doing. We had our influences – whether that be Gojira, Black Dahlia Murder and starting to get into Converge – but it was still my first death metal band. With Pathos it’s seven years of touring and playing with much better bands than us and exploring our tastes and getting into the music. When this band started, I didn’t know any of the bands on the line-up for Dark Mofo this year, or half of the bands that we’ve toured with in the last couple of years. I just had no idea about the scene. I think Pathos is the sound of a band that is starting to mature and starting to find our feet and understand what we wanna do with music more. It’s the first time we’ve pointed our nose in the direction of a particular scene. We definitely feel more at home in that Dark Mofo kind of realm than we do at the more mainstream stuff that we’ve played, and I guess we’re leaning into that a little bit more on this record than anything before.”

In the full interview, Brady talks about his first experience on this side of the world, the musical components of Pathos and how they fit, the intense subject matter and how it shapes the music, blending tradition metal genres successfully, finding the balance in the writing process, the possibility of returning to Australia and more.

Pathos is out now via Nuclear Blast Records.