[BOOK REVIEW] DEVIN TOWNSEND ‘Only Half There’ 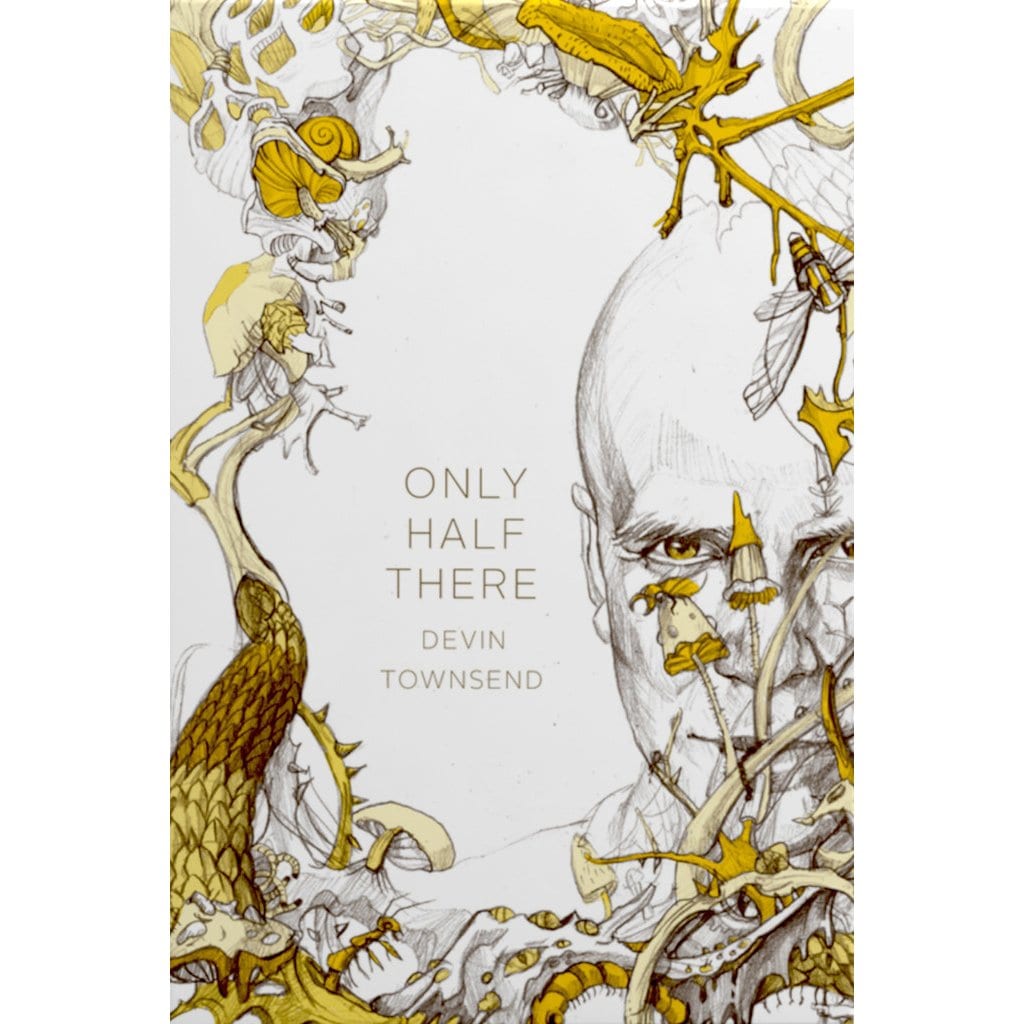 Over the last year or so I’ve really started getting into reading musician biographies. Getting an inside look into the process of making albums I adore and hearing about crazy tour stories and the dark lows that come with them make for an immensely interesting and curiously satisfying read.

I’ve been through a stack of reads, from Alice Cooper, Lemmy, Billy Idol and Tony Iommi through to Patti Smith, Dream Theatre and Motley Crüe, it’s safe to say I haven’t read a bad one yet.

I can now also add Devin Townsend’s biography Only Half There to the collection of excellent musician biographies.

Written by Townsend himself, Only Half There is a 312 page in-depth examination of the prolific artist’s life and work, and it’s absolutely riveting stuff.

Writing in the first person, Townsend describes his experiences in a conversational way, it almost feels as if you’ve sat down for a drink with the man and he’s letting you in on intimate secrets. Some of these are funny little anecdotes while other passages detail the incredible highs and lows of the recording process of both his albums with Strapping Young Lad and his numerous solo projects.

Townsend bares his soul in these pages, holding nothing back, the good the bad, the funny, the sad and the strange all share equal time within and it makes for a fascinating read.

His writing style is manic and although he keeps things in a general chronological order, he skips back and forth regularly when something important occurs to him, once again nailing the free-form conversational tone the book gives off and it’s all the better for it. You feel as if Townsend is speaking directly to you whilst reading, I’ve read many books that have been written this way, but there was something so honest and heartfelt about his styling that I instantly felt endeared to his character immediately.

If you’re a fan of Townsend’s multitude of albums, you’re in for a treat. He goes into minute detail about the process of each recording, from his work with Steve Vai all the way up to Z2, it’s mesmerising finding out the immense blood sweat and tears that went into each and every release and the mental toll it took for Townsend to realise these albums.

He doesn’t hold back on his shortcomings and past mistakes either, instead of just listing some of the crazy things he’s done over the years, Townsend attempts to understand his actions, to come to terms and atone for them. I get the feeling this book worked as a sort of catharsis for him during the writing process and hopefully it’s been a help to him mentally now that he’s definitely in a much better frame of mind as opposed to some of the situations he’s described in the book.

Upon reaching the end I was left with an uplifting feeling, this wasn’t a biography that is complete, not by a long shot. As the name of the book suggests, Devin is only half way through, and what that means is there will be plenty more amazing records in the future for his legion of adoring fans to devour, and who knows?

Maybe there might be a follow-up to this excellent book somewhere down the line. One can only hope.