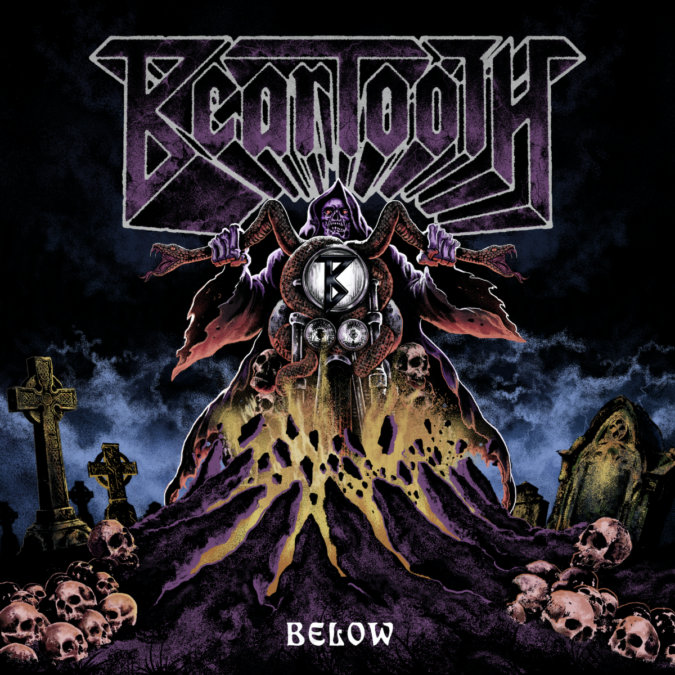 Beartooth – Below is an album I’ve reviewed once before. In fact, it was one of my first, and actually one of my favourites in my short career.

Now, you might ask why I’m giving this a second crack? Was it because my writing skills are absolutely shit house and the boss man at Heavy thought I better give it another try before he sacks my ass, or was it because the album was absolute garbage, so I gave it a really bad review and the band has paid me to give them a better one?

Well, it’s neither of those, but fuck me, that would have been a good story either way.

Before we get into the bonus goodies, though, we better look back on my original thoughts and quotes on this album … “Beartooth, a name I’ve heard, but a band I’ve never had the pleasure of listening to. Their press release photo had me thinking that this was going to be some kind of ‘middle-of-the- road’ radio rock band, with a singer that looked like the ‘WISH’ version of M-Shadows.”

What an intro, right?

I then went on to say this … “My first thoughts were that these guys are pretty damn good with their heavy mixture of rock and metal riffs and soaring clean choruses.”

Then I got into my usual blow by blow before ending on these thoughts … “If you’re not one of those metal elitists who just listens to underground European death/black metal bands, that no one else have ever heard of, or cares for, you’ll probably find something to enjoy in Below. It’s really hard to slot Beartooth into one of the 5 million metal genres that there are these days, but let’s just call them Modern Metal, or just plain old fucking Good Metal!”

So, now we’ve all had a little refresher, let’s get down to business. The first bonus track is the “Alternative Universe Version” of Skin from the original album. Turns out that the alternative universe this track is from may just be the same place that soulless ranga Ed Sheeran is from. Going by my original review, this wasn’t one of my favourite tracks on the album to begin with. I originally compared it to 90s pop punk, and now it’s just pop which really leaves me questioning, why?

Thankfully, the additional bonus tracks Fighting Back and Permanently Sealed are a throwback to the band’s original sounds. Heavy, rocking riffs, massive vocal melodies and slamming breakdowns lay down the base of the tracks, and some quality, unusual riffing keeps the tracks interesting and slightly experimental. I’m not sure if these are new tracks, or old tracks remade. Either way, they are pretty damn good and remind me why I originally ranked this band on my first review of the stripped-down original version of this album.

Onto Disc 2 we go, the live disc. Now, I’m not going to give a blow by blow on these tracks because I’ve already been there with my original review of the album. What I’m going to do, though, is tell you about the quality of the live recordings. They are pretty-fuckin good, but the lack of crowd noise leads me to believe these are recorded directly from the desk alone and mixed in post, as they are super clean and tight sounding.

The one thing that really stands out on these tracks is the fact that these guys can play, just like they did on the recordings. And the vocals, those big melodic vocals are on point.

Maybe there is some editing in post-production to clean up the odd bit of unplanned jazz experimentation or maybe these guys just actually practice and are good at their art.

After venturing onto the videos in disc 3 I realise that the reason there is no crowd noise in the live tracks is because there is no crowd. Makes complete sense now, apart from the no crowd part of it all? What’s with that? Turns out it was a livestream during that whole Covid thing that’s been going on for a couple of years now. At least one good thing has come out of this mess. Well, apart from all you grubs washing your hands more than you all used to.

If you’re into this band, check it out. It’s worth the listen, and the viewing. If you’re not into this band, and just learning who they are, maybe just start with the original release before you jump on into this triple stacker.