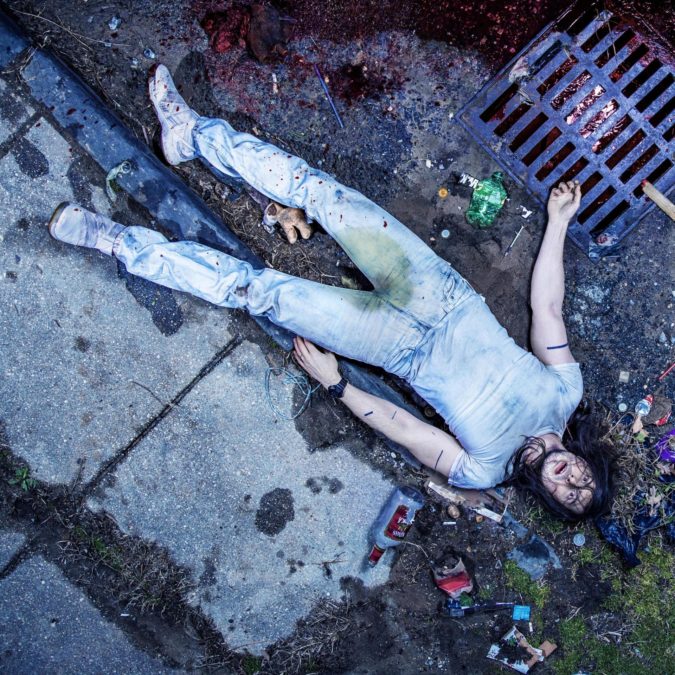 Andrew W.K., now there’s a name I can recall. I just can’t recall why I recall it? Was it some whack shit that was released back in the early to mid 2000’s which made it to commercial radio but really had no place in it? I googled this to find out exactly what I’m remembering here and while neither of his hit singles refresh my memory, they confirm my previous statement.

The album begins with some weird siren thing, and then some other noise, and some other noises. Then we hear a tom roll, some synths and some strings and the beginnings of a metal chug-a-long. The song titled Everybody Sins then throws a pretty cool little riff at us, followed by a stand-alone bass line. Not sure where exactly this is going, but he starts singing, and I’m still confused. So much going on, but no real direction. He sings about the beast for a while before we hit the chorus, and he tells us that we all sin, and burn, and no one wins, and no one learns. It’s a catchy tune.

Another weird sample, and Babalon hits us like some kind of symphonic metal tune. The riffs are actually pretty killer in this one, and it’s starting to sound like a metal album until the riffs stop, the kick-starts, and the synths takes over. So much going on in this song again with the keys and the strings and the metals. I’m confused, but the riffs keep me drawn in.

Oh, that’s nice, a little bit of piano to take us into the next track, No One To Know. This only lasts momentarily before the synths enter, and I’m feeling like this is the final countdown. Slow burner this one, a little too slow for this thrasher and I kind of wish he just screamed every now and again instead of the constant over sung cleans. And on that note, let’s skip to the next track.

Stay True To Your Heart opens again with some synth samples and quickly becomes an electronic pop song. Thankfully, about a minute in some heavy guitars kick in, but they don’t drag the song away from being a pop song, they just liven it up for a moment. Is this Pop- Metal, is that what I’m listening to?

And stepping in at track 5 we have Goddess Partying which is a completely unnecessary and boring synth interlude which just wasted a minute of my life. I’m in Heaven then takes over with a slow and droning industrial metal theme, which kind of just drags on for the entire track.

We hear some piano again at the start of Remember Your Oath, which turns into some sort of hard rock/soft metal ballad. More piano, this time accompanied by a very droning synth introduces us to the next track My Tower and just like the track before it is a hard rock/soft metal ballad of sorts. It does pick up a little pace and intensity though, but
nowhere near enough. I really hope the last track And Then We Blew Apart changes things up because there is only so many ballads I can handle before drifting into the abyss of a late afternoon nap.

Nope, even more piano. Heavy guitars do take over here and there, as do the synths, but I’m feeling like the whole vibe of this album has taken a major dive.

It’s been a really strange blend of genres throughout the album. Metal, Rock, Pop, Synth, Electro and many more, but it almost leaves me feeling like it’s all too much and that it lacks any kind of actual direction. Is it Pop-Metal, is that what I call it, or Rock-Synth, or just plain weird? I don’t really know, but I didn’t really enjoy it as much as I initially thought I would.

Might have something to do with the 4 very lacklustre tracks which complete the album.