ALICE GLASS and ZOLA JESUS at The Odeon Theatre, Hobart on 23/6/18 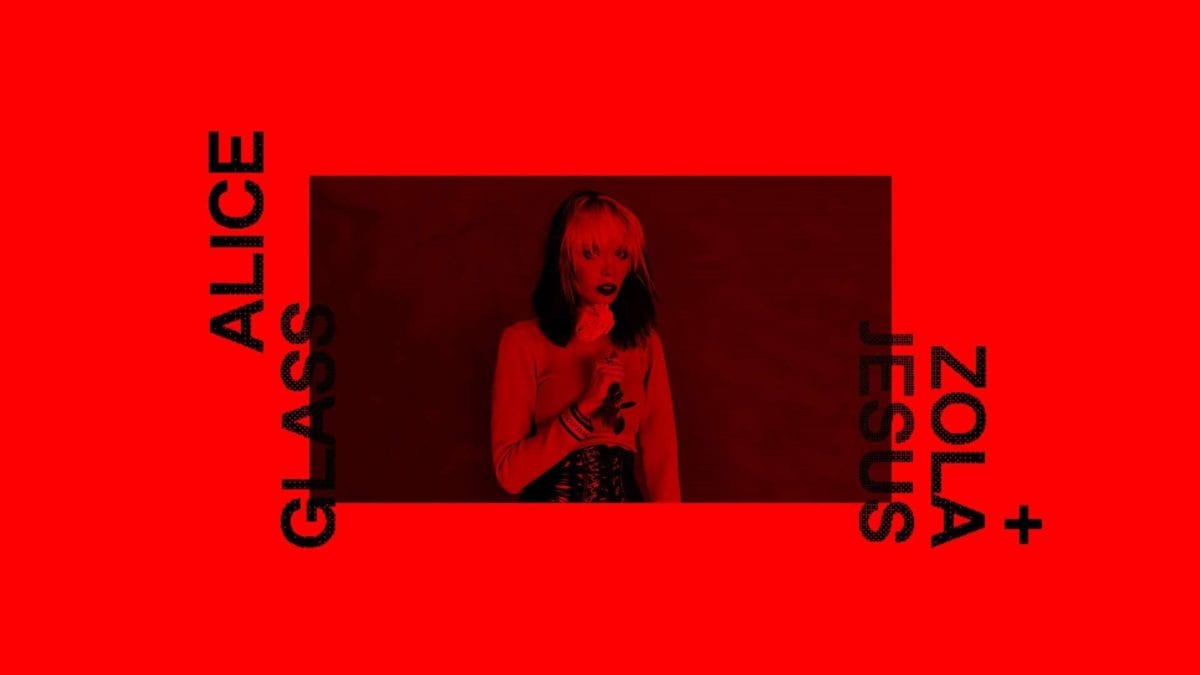 It was fast becoming a rewarding case of The Odeon Theatre evolving into the respected second home for many Dark Mofo enthusiasts; this vast number was actually further clarified by yet another sold-out audience. Although it would have been a simple assumption to think that Hobart was also developing into a home-away-from-home for numerous tourists, both artist and observer alike. It really is an idyllic island and historic haven.

Nicole Hummel, better known as Zola Jesus was the first artist on this night to admit her adoration for the festival, the city and the historical fact that we, for the most part, descended from convicts. However, her well-received compliments were quickly returned from the audience with well-deserved flattery and applause. Draped in majestic cloth, Zola hypnotised the entire venue with her dark wave art-pop formula, accentuated beautifully by guitarist Alex Degroot and violinist Michelle Woodward. To truly captivate all privileged enough to witness this stunning songstress, Ms Hummel would physically immerse herself into the reaches of her adorers in an elegant Nick Cave fashion. “Veka”, “Zola”, “Siphon”, “Wiseblood” and “Remains” were the highlights; however it was the actual animalism of her production that mesmerised all, including climbing speakers and closing with rampant intense squawks before leaving the stage in a hurried fashion. Sincerely, Bjork would have admired what had been excellently exhibited.

There was a formidable tension in the air whilst Hobart impatiently awaited the headline act. A profound industrial introduction welcomed the electro-punk duo and the pair eagerly and creepily attacked the stage with magnetic force. “Forgiveness” was honestly more fantastically frightening than forgiving it was abundantly clear, Alice Glass was certainly intent on ensuring no-one left tonight unscathed, in subliminal goth-electronic fashion. “Without love” was monumental and an engaging anthem for all to enjoy and embrace, then “stillbirth” impossibly impassioned this atmosphere further.

The Crystal Castles‘ re-imagination of track “Celestica” boosted a darker ambience understandably, which inconceivably transformed again via “Cease and desist” and finally “Mine”.

It has been a rough journey for Alice Glass (real name Margaret Osborn) since the demise of her former group Crystal Castles and the disturbing admittance of her former bandmate Ethan Kath’s abuse. At this showcase, however, Ms Osborn is a woman with purpose, strength and artistic ambition reaching a new dimension of creativity and power. Alice Glass you are far from “Without Love”, that is Dark Mofo and the world’s “Blood Oath”.