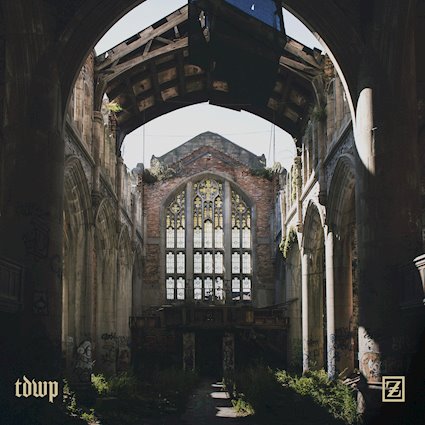 Every now again, you come across an album that, as soon as the opening few bars infiltrate your soul, you are hooked, locked into the entire experience.

You’re trying to focus on what’s being laid out before you, but also getting very excited about finding out things like, where is this band from? What else have they released?

I’ve had the misfortune of having The Devil Wears Prada escape my radar.

Happens every now and again. Gojira for example. Anywho, after a bit of research, I’ve discovered that this is a sequel to 2010’s Zombies. This is then Dayton sextet’s Godfather II, where the follow-up eclipses the original. To me, this even outdoes 2019’s The Act in terms of production, purpose and relevance.

Lyrically, it has been explained by the band that this is a response to the first E.P.

“Before, there were five songs about how to fend off the apocalypse. Now, there are five songs of hopelessness against the hoard.”

The approach by all players is extreme urgency and ZII really packs a punch. The bass and guitars are really playing as one cohesive riff machine, it’s actually quite hard to hear the individual instruments when they are in full synchronised flight. Which means, this band has its own sound. So they transcend any genre other than ‘heavy’ I guess. It is definitely not for the faint-hearted.

Everything exists on this five-track beast for a reason. No filler yet the songs have some weight with the average song length coming in at around the 8-minute mark. Down-tuned and abused guitars are at the forefront of the sound, alongside the pleasant on the ear screaming of the lead vocals. Behind that are some graceful melodies and smooth vocals that add to the instrumentation
rather than saturate it. The kick drum is gorgeous in its organic tone and leaves plenty of room for the bass guitar to be its own entity.

I’m finding it hard to pick a favourite track, but “Forlorn” might be the one.

There’s nothing like a melody that works over a catchy chord progression as well as playing against nothing but the tonic. But really, every track is an absolute gem. I can see why The Devil Wears Prada are leaders of their peers.