ITCHY ‘All We Know’ 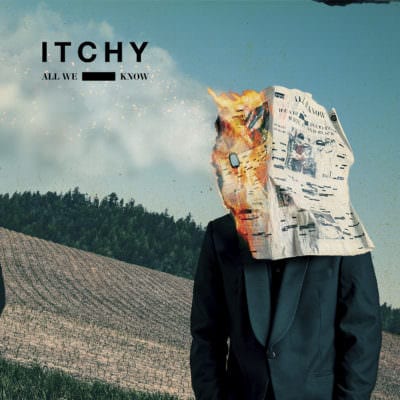 Every year, without fail, I seem to discover a band that has been around for years, but I’ve never heard of… then suddenly, I listen to their latest album, and BANG, I’m in love with them. Well, it’s just happened with German band Itchy – a band that while they label themselves ‘punk’ deliver a real mixture of sounds and genres on their brand new album, All We Know.

Right up until this year, Itchy has been known as Itchy Poopzkid, which is likely why I had never heard of them before. But now, under a new name, they have just released a fantastic album that has me hunting down their past albums as well.

All We Know is an absolute gem of an album, an album where every track is so different you feel like you are listening to a compilation rather than an artist’s album. I’ll admit that when the opening track, “Stuck With The Devil” started playing, I was wondering whether or not we should review it for Heavy Mag or not. The track begins with a real bluesy-rock feel before the real grunt kicks in.

From there, All We Know certainly becomes an album that is very welcome here at Heavy. The drawn out guitars and distorted vocals of “Keep It Real” help the track reach epic proportions while the fast-paced vocals on “Fall Apart” tells the listener that they are really onto something special. That same sound is repeated on the album’s title track but the heavier tracks like “Nothing,” “Knock Knock,” and “We’re Coming Back” sees the band reach heights that is guaranteed to win them a legion of new fans.

All We Know’s creative side sees the catchy “Danger!” re-create a Fall Out Boy sound while the smooth “The Sea” sounds like something that Ben Lee would be proud to see. One of the highlights of the album, however, is the very melodic “Black” which is strongly enhanced by the electronic sound that takes over the track.

If you’re a music listener that loves an album with a little bit of difference, then you certainly want to grab yourself a copy of Itchy’s All We Know because this is one of the most surprising albums to have surfaced in quite awhile.