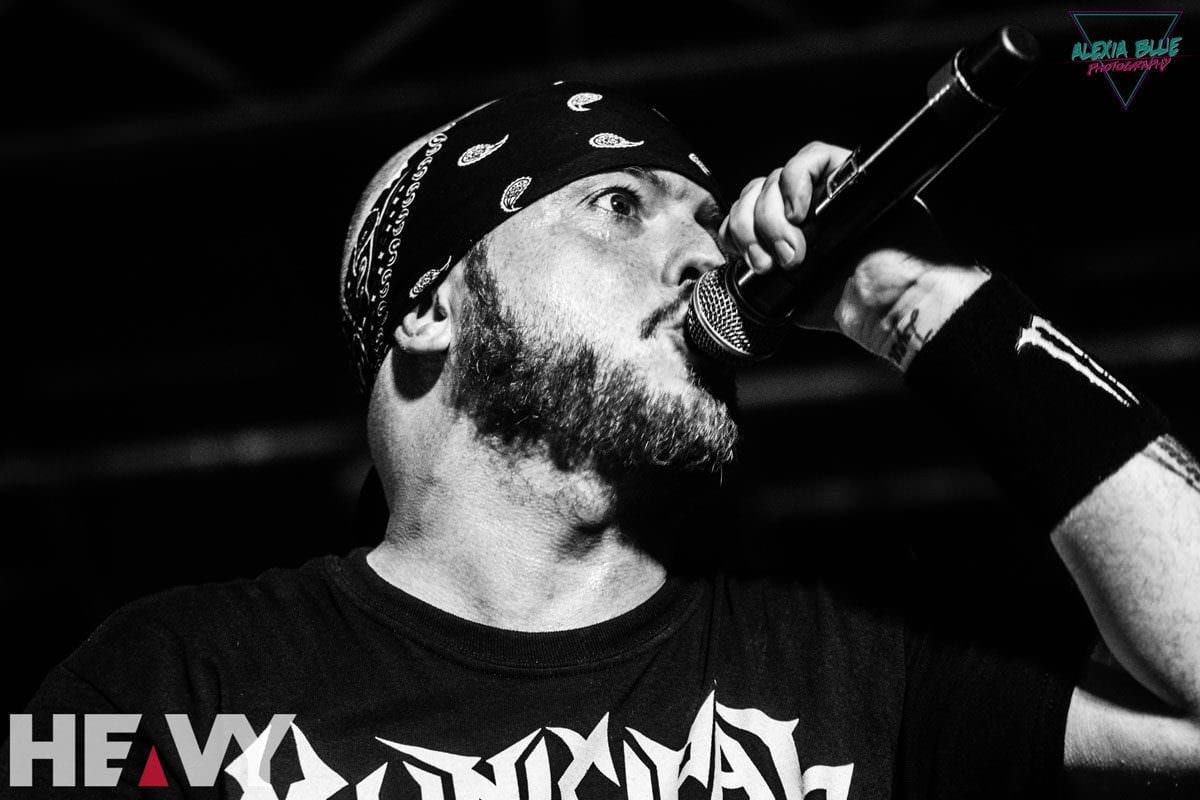 Since 1995, Vans Warped Tour has brought us amazing summers filled with lots of punk, rock, and metal music. Warped Tour 2017 was no different than the many summers before it. Warped 2017 in Charlotte, North Carolina hosted a massive lineup of 66 artists ranging from multiple genres across the board. From metal to rap, you name it, Warped 2017 Charlotte had you covered. First up on my list for the day was Sumerian Records own, Fire From The Gods. Opening their set with “Diversion” and the crowd immediately got on their feet, started to move, and headbang to the hard breakdowns and strong vocals from frontman, Eric July. But the true highlight of their set was their performance of their song “End Transmission”, which is the single off their album, Narrative. It’s a song that allows fans to connect with the band truly. The song has such a strong beat and amazing clean vocals. It’s that one song everyone knows the words to and wants to get up and crowd surf during.

Throughout the hot summer day, I photographed several talented artists on several different stages. From Anti Flag and Hands Like Houses to Sick Of It All and Andy Black, we covered some truly incredible sets. One of the best hands down was the infamous Attila set that played midway through the Charlotte Warped date. Attila never fails to connect strongly with their crowds. At either an indoor venue or a festival, Attila always gets the crowd moshing and moving. Playing some of their fan favourites, such as “Party With The Devil” and “About That Life” the band had an almost electric connection to their fans! They moshed and crowd surfed through their entire set making it very memorable.

As the long day progressed on, and multiple artists graced each stage, I couldn’t wait to see the awesome up-and-coming bands take the small Warped stage. This year, Warped Tour had the Full Sail University stage, which showcased multiple new artists such as Trophy Eyes, Movements, Boston Manor, The Gospel Youth, and much more. All in all, the Full Sail stage had quite a diverse lineup of artists playing it. However, there is one band on this stage’s lineup that truly steals the show and is a must-see. Bad Omens is one of Sumerian Records’ newest bands, and they did not disappoint! I was lucky enough to get to see and photograph this amazing band’s first set of the Vans Warped Tour on July 6th. I couldn’t be happier to have been able to share that moment with such talented young men. Their energy and life on stage are very drawing. Lead singer, Noah Sebastian, runs around the stage singing and screaming with his beautiful and haunting voice and it left me both impressed and wanting to hear them play more songs. It’s not just Noah’s voice and energy that makes for such a lively and amazing show, but the band as a whole that truly makes the performance one you won’t soon forget.  Nick Folio kills it on drums, making sure to keep the stage alive with his strong talent behind the kit. When you combine guitarists Nicholas Ryan and Joakim Karlsson’s ability to shred their strings with bassist Vincent Riquier, it creates a vibe and performance that not many metal artists can pull off. Whether you’ve heard of Bad Omens or not, they are definitely worth checking out. You will not be disappointed!

As Warped Tour Charlotte began to come to an end, I made it to a few more sets that really captured what Warped Tour is all about. As the hot summer sun began to set in the beautiful Carolina blue sky, the one and only, I Prevail hit the main stage. This made for a perfect setting that showcased perfectly what Warped is all about. With their strong roots in the hard rock genre, it was the perfect band to be playing as the sun had started to fall. Fans crowd surfed throughout the set in silhouette giving this dream-like imagery you believe doesn’t exist in real life. What truly set the mood for their set wasn’t just the carolina sunset backing them but the obvious dedication that their fans have. As they played their songs, “Stuck In Your Head” and “Scars”, you heard more than just clean vocalist Brian Burkheiser and unclean vocalist Richard “Eric” Vanlerberghe. The fans sang along as they jumped around in the light of the sunset. It is the sets and moments like this that make Warped Tour such a special part of the summer for so many teens, and adults, across the US.

Though the sun had set on this date of Warped, the fun wasn’t over yet. A few stages over from I Prevail, the legends GWAR took the stage delivering a much anticipated performance for both the teens and parents in attendance. The crowd was more alive than any band that played that night as fans, young and old, were sprayed with the legendary GWAR Blood! A true treat for Warped goers that waited through the heat of the day just to see them in their theatrical costumes and rock out while being cooled down by the “blood”. As they spray their red blood into the crowd and marched around the stage in their eye catching costumes, one thing for certain is you’ll never forget watching such a fun and lively set.

As many left for the night after GWAR, the finale of Warped had just begun taking place on the sister stage Mutant North. Metalheads like myself waited through the heat of the day just to see none other than Hatebreed perform. As tired and excited fans rushed to the stage to watch the last set of the night, Hatebreed kept the fans alive and going with their hard hitting songs. It seemed that they got every metalhead off their feet, moshing and crowd surfing, and making the blood soaked bouncers from GWAR get their last hard wave of fans for the night. Jamey Jasta kept the night going hard with his energetic stage presence and strong scream vocals. That set made for a perfect way to end a long hot day at Vans Warped Tour.