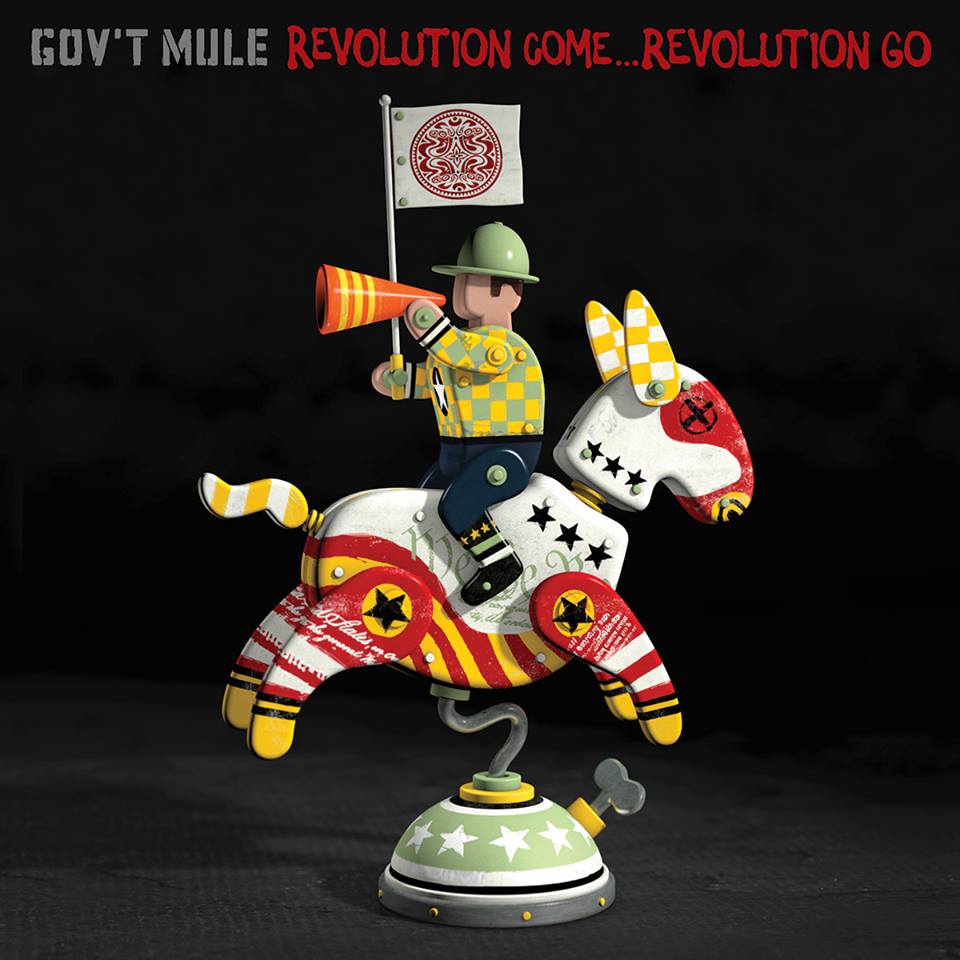 If you love the dirty, gritty and satisfying rock sound, this album is for you. Revolution Come… Revolution Go is arguably Gov’t Mule’s most diverse album to date. With the roots of rock, blues and country, it adds to their sound. With 16 studio and live albums, millions of album/track sales and streams, plus thousands of performances, the chemistry between frontman Warren Haynes, drummer Matt Abts, keyboardist Danny Louis and bassist Jorgen Carlsson makes them a true living, breathing ensemble.

With front man Warren Haynes, being a GRAMMY award-winning singer-songwriter, the album is cleverly written. With the album being released on June 9th through Spinefarm Records, it is one to buy. There is also a reflection of life and love, like the rustic road song ‘Traveling Tune’, the elevated ‘The Man I Want To Be’ and the slow-burning, reflective ‘Easy Times’. Throughout the record, Haynes’ dynamic vocals sound as strong and rich as ever, a true rock ’n’ roll grit sound.

Warren Haynes recalls the November 2016 recording sessions, “it was very poignant that we went into the studio in Austin, Texas, to begin recording on Election Day.” He also added “like most people; we really had no idea that the election was going to turn out the way it did. That changed everything – from a lyrical perspective. It’s not a political record, per se, but there are political connotations. There are also love songs, relationship songs, and songs about working together to make this a better planet. It covers a lot of ground, but it definitely starts and ends as a rock ’n’ roll record. It’s all within the realm of what we do, but it explores a lot of territory and, in some cases, territory we’ve never explored before.”

A band that has been around for decades, with their experience in the music industry shows in this album. My favourite song on the album is ‘Dream Songs’, it has this soulful rock vibe, and I could easily listen to it on repeat. This whole album is a ‘play as loud as you can’ album, windows or roof down in the car, volume turned up. That gritty deep South American sound in this album is a must-have for everyone who likes rock, blues and country. You would be crazy not to have this album. When a band comes together, and they have this connection with themselves and their audience, it always makes great listening. This band is no exception, their music should not be taken lightly as these great musicians know exactly what their fans love, and they produce that with some gritty, soulful riffs, heavy bass and amazing vocals.

They currently have a few dates in Europe before heading back to America for a summer tour; they will head back to Europe in October. I for one, look forward to seeing them live and getting the same feeling I got when I heard this album for the first time.

PrevPrevious.[ALBUM REVIEW] CELLAR DARLING ‘This Is The Sound’
Next.[LIVE REVIEW] KILLING HEIDI at 170 Russell, Melbourne on 9/6/2017Next