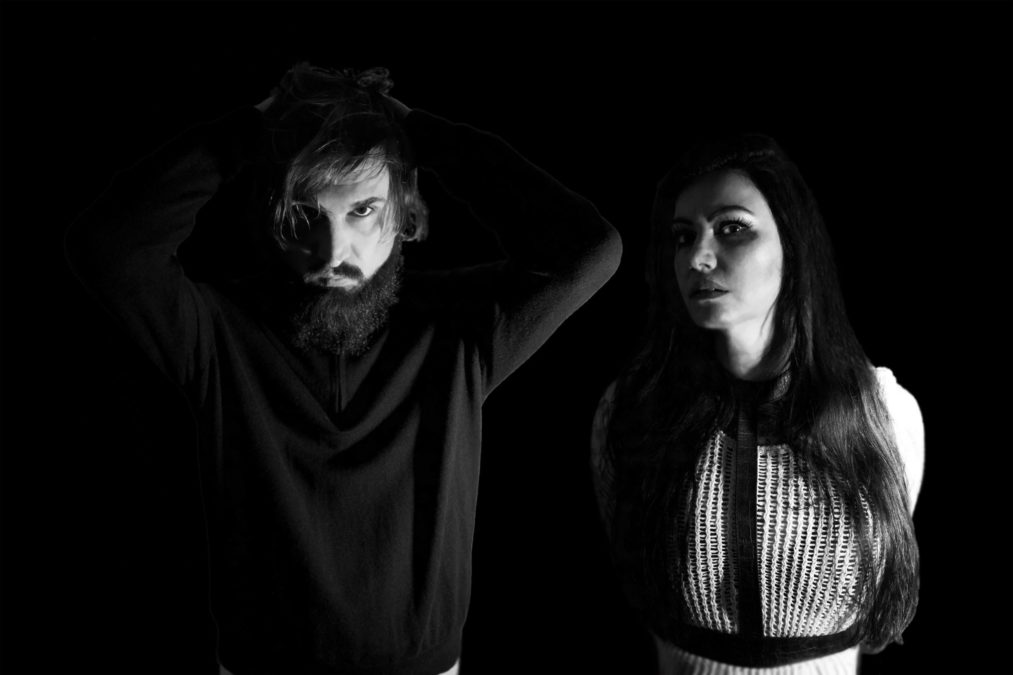 With their second album Nameless Horrors due out on October 23, death metal duo Aetherial sat down with HEAVY to talk about the album and other things coming from the band.

“Nameless Horrors is eight tracks and I guess we really wanted to evolve the sounds from the previous record The Still Waters of Oblivion,” explained bass player Cassandra George. “With this one, we wanted to explore deeper and be more authentic to how we were feeling at the time and try to convey that with our music. It’s a pretty dark record but that’s really what we were going for and the music has evolved somewhat – possibly a little less melodic – but the vocals have definitely evolved. The songwriting has improved so we hope everyone enjoys it.”

“We wanted it to have a modern, clean sound as well,” added vocalist Shep Sheppard, “with modern and contemporary sounds that we like; like famous rock albums of the early 1990’s – just like a raw, polished sound.”

Musically, Nameless Horrors is darker and deeper than its predecessor, with both members stressing that was a path they wanted to explore with this release.

“When we released the single a couple of years ago, “I’m Your Hell”, it’s probably more along those lines,” Cas continued, “so if you’ve been listening to our music you would have seen a gradual progression.”

“Which is by choice, really,” Shep cut in.

In the full interview Cas and Shep discuss the album in more detail, the title and the meaning behind it, playing as a duo, the Australian death metal scene and difficulties local bands face in being part of it, Aetherial’s plans post-COVID and more.

PrevPrevious.JACK LONGO To Drop New Single And Debut EP
Next.HEAVY REGULAR: “This Goes To 11” with BILLY GRAZIADEI from BIOHAZARDNext