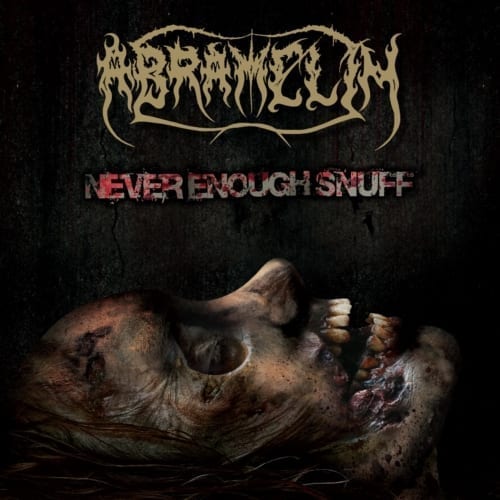 Twenty LONG years have passed since the last Abramelin‘s album Deadspeak has emerged. The Melbourne, Australia based death metal Godfathers paved a scarlet painted, gore-filled, underground scene with glory with on a handful of releases. The first time I heard them was on their Transgression From Acheron EP from 1994. This short twenty-minute death fueled musical blitzkrieg blew my fucking mind.

The first song on this EP was called Human Abattoir  – if that is not enough to sate your serial killer inner tendencies… dunno what is. Followed by Humble Abode, Abramelin, was in my opinion (and still are) the epitome of the true pure Death Metal.

As I sit here belting my keyboard emphatically projecting the absolute godlike status of Abramelin’s magnificence and as one of the finest death metal bands in the universe, I sit in my home office listening to Transgression… the seeds of pure dynamic extreme pure death can be heard. Yes, it was a debut but it was perfect. Dower’s lyrics and vocals combined with Aldridge’s incredible songwriting together was a blend of everything that makes metal was born when Satan birthed Abramelin.

Their debut self-titled album (1995) was a step up in maturity and seductive blood-soaked brilliance and the same said for sophomore Deadspeak (2000). Abramelin was without question a force du jour throughout the nineties and then without explanation, they were gone! Until…a massive full release (incl. rarities) back catalogue reissue in the form of Transgressing The Afterlife (2013) was released; hinting maybe or maybe not a potential reformation and new material from the mighty Abramelin, but dead air UNTIL January 2017. A special event is known as “Metal For Melbourne Fest” was announced and Abramelin was on the bill. I will not lie, the only reason I was there was to finally get the chance to see these kings of dismemberment live for maybe one final time.

Simon Dower, Tim Aldridge, Rob “Wog” Mollica, Matt Wilcock and Dave Haley on one small stage at the Corner Hotel was truly an unforgettable special moment. I left with the small glimmer of hope that the world once again sees Abramelin write and release new material. So, we waited as they teased their fans with a few gigs, the band testing the waters perhaps. Finally, new song was announced at a gig one evening aptly titled “Never Enough Snuff”. A shit-eating grin lit up my face in the knowledge that Abramelin would be back with a vengeance that would truly stamp their return to the world.

Fast forward to 2020, the aforementioned first song unleashed upon hometown crowds Never Enough Snuff is the title of Abramelin’s first new material in twenty long years. And how apt and perfect in every way it is.

Opening with the title track “Never Enough Snuff” this is the most befitting trademark summation of Abramelin. If you’re a fan and familiar with their previous works then you can be rest assured that for the next fifty minutes you will be in ecstasy, but if you are reading this review and have never heard Abramelin but are sated by my words and a fan of proper true death metal then please, I implore you to part with your hard-earned and treat yourself to one of the best death metal albums ever.

Dower’s vocal and lyrical hatred is a welcoming, serenade bow across violin strings yet disguised as a loving blade across the throat. And if it could be possible, more blood curdling and brutal than he ever was previously. Simon’s long term writing partner Tim Aldridge has not lost any of his signature brutal songwriting talents as the years have aged us, devotees. But it is abundantly clear that he has been brought to task and upped the ante thanks to Matt Wilcock’s supreme extreme guitar virtuosity to the band. Their combined leads and melodies drive the songs in a fierce and more unrelenting manner than heard on any of Abramelin’s previous releases.

With the accompaniment of the undisputed brutal bottom end punishment of Haley on drums and Mollica on bass Never Enough Snuff I would say is unquestionable the PERFECT death metal album. Faultless in every way from song titles, musical performance and songwriting this album is a testament to a band who are firmly entangled within the arteries of their incredible symbiotic union. Normally on any other band’s album review, I would delve into specific songs, dissecting its inner workings attempting to give some clarity behind what the listener is going to be confronted with. But, this time I just simply can not for fear of doing any injustice.