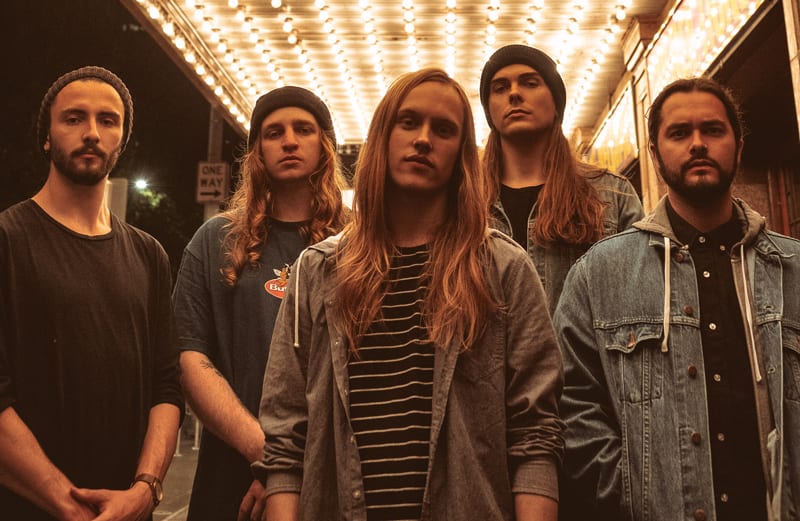 EBONIVORY Ready to Take On The World

[Editors Note: This interview was conducted pre-COVID-19 bullshit. The bands touring schedule is obviously on hold. We very much look forward to seeing Ebonivory on stage again soon!]

For music fans watching the rise of Ebonivory has been a very pleasant musical journey. Starting off as a one-piece in rural Victoria with the truly talented Charlie Powlett the band has toured with the likes of Dead Letter Circus, Circles, The Ocean, Monuments and Skyharbor. The band received even more accolades after their successful stints at Progfest with many covering the events labelling them ‘one of the finds of the festival.’

Now as HEAVY Magazine sits down and chats to Powlett we learn that Ebonivory are not slowing down to rest on their laurels, no they are careering into 2020 at full steam with plans to release a brand new album and to tour the U.S. with Caligula’s Horse.

“This year we got selected to play at Progfest,” says Powlett as we start our conversation by talking about the rise of Ebonivory.

“We were kind of like ‘okay this is our big break it is time to knuckle down’ and then we played that show and then Wild Thing Records picked us up and suddenly we were playing these tours that we never dreamed of a couple of years ago. So we toured with Circles, and then we did a headline tour… a successful headline tour and that was crazy for us.”

The talk of tours turns our attention to the Caligula’s Horse United States tour, and I ask him how it has all come about. “We just really hit it off with them, and their music is really in the same vein as ours… we are a really good fit.”

“And yeah going to the U.S. none of us have been there before,” he continues.

“So it is a completely different place, and we are going to be playing our music to people that we have never met before… by the hundreds. We are still trying to get our heads around it because this is a huge step forward for us.”

This tour will see the band travel to iconic places such as New York, Los Angeles, Boston and Nashville just to name a few and that certainly isn’t something that is lost on the band.

“I’m certainly looking forward to L.A.,” he says the smile obvious in his voice. “I have had a few friends go over there, and they just say that it is crazy. But I think that any of the big cities will be eye-opening because Melbourne is very spread out. It has a big population, but it has a huge surface area whereas in America I know everything is going to seem a lot more hectic. It is just going to be so different, and we are hoping that wherever we go, we will be able to do a walk around and see the sights. It is going to be the trip of our dreams.”

The last few years have seen the Aussie prog music scene get stronger and stronger while some Aussie bands have also made the big step into making it in the European prog scene. With that in mind, I ask Powlett how much he knows about the U.S. prog scene.

“I’m not too sure about the American prog scene, to be honest,” he says.

“I know with the European scene they are more into the traditional prog sound, but I think the American scene is more into the alternative and the breaking edge of prog metal. I think with us being a younger band and having more recent influences our sound will fit more into America than it would it Europe… which is really good to think about.”

One of the things that the U.S. music fans will get to experience is some of Ebonivory’s new music live. Having had the privilege of being able to sit down and listen to some of the tracks, so I ask Powlett what it was like making this album.

“It is kind of weird because this album has been three years in the making,” he explains. “It is going to be a two album release, but I guess working on it started with writing it three years ago and then we have been recording it for the past two years. Mostly it is about coming of age because a lot of the songs on the album were written when I was seventeen or eighteen years old, but we had re-worked them and put them on the album because it is really fitting to take songs that I wrote when I was eighteen about coming of age and then transitioning them into music is a hobby and then taking it really seriously because that is what happens in life.”