“We have many,” laughed Aborted’s vocalist Sven de Caluwe when asked what delights Australian fans can expect from their September tour with The Black Dahlia Murder, “some of them might even be afternoon delights (laughs). But honestly… we have a new album that actually comes out the first day of the Australian tour so maybe we’ll be playing some new shit, I’m not sure. I don’t know if we get to practice before so it’ll be a surprise won’t it!”

In the full interview Sven discusses the tour in greater detail, the tight schedule and how he keeps his voice in pristine condition, some inside info on their upcoming album “TerrorVision“, where and how the band name originated, the destabalising effect of member changes, the difficulties in creating an album when your members are spread across three countries and more.

“TerrorVision” is out September 21 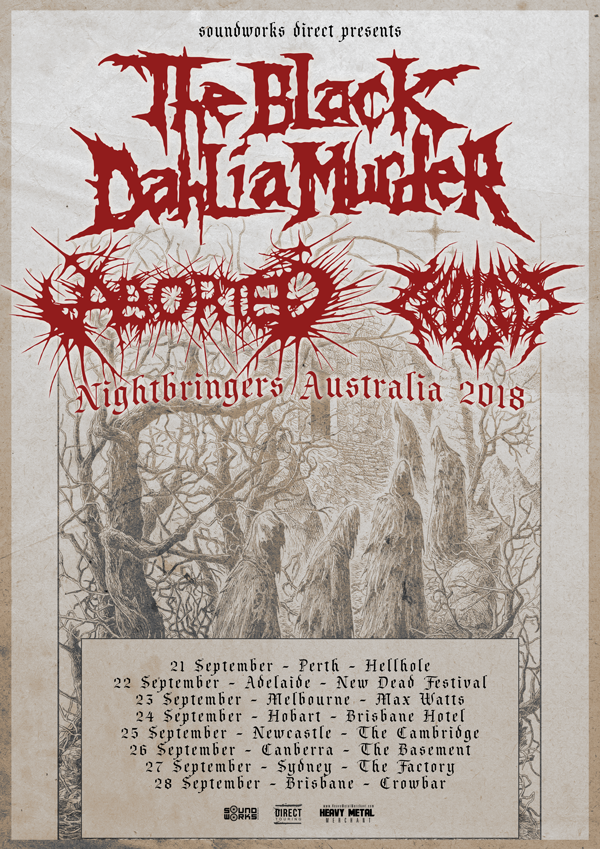 PrevPrevious.CLUTCH’s guide to the “Book of Bad Decisions”
Next.CAPITAL ENEMY #1Next