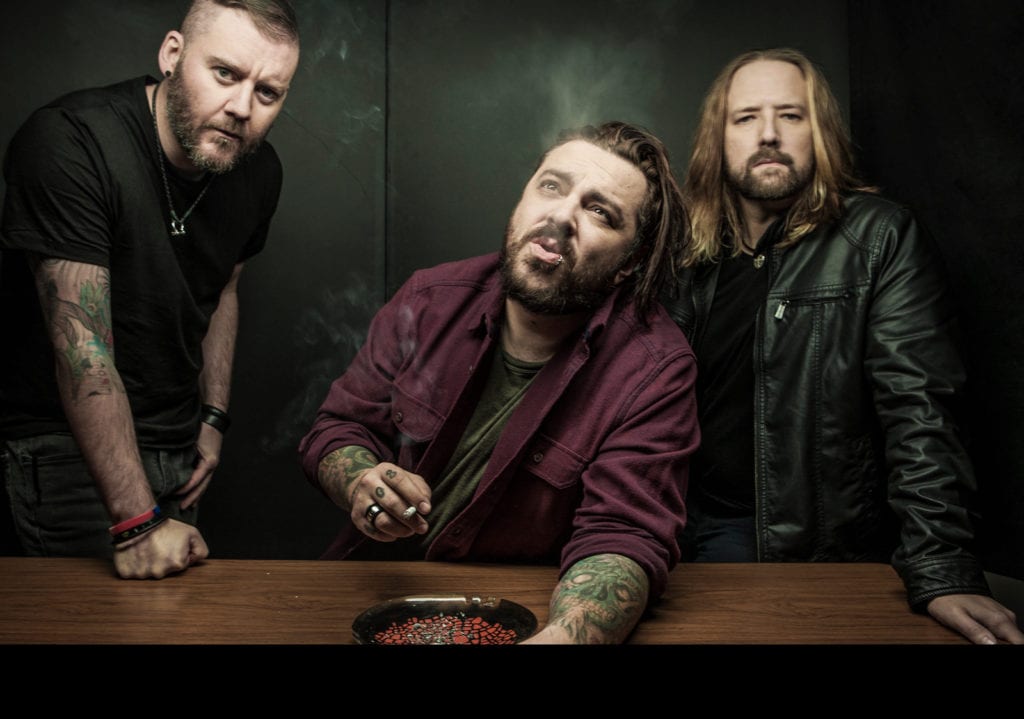 “It comes out on May 12,” informed an excited Dale Stewart, guitarist for South Africa’s most famous musical export, Seether on their latest album ‘Poison the Parish’. “It’s the first album that we have produced all in-house. We didn’t use a producer on this one, instead, Shaun (Morgan, vocals/guitar) produced it and we’re proud of it. It’s heavy, it’s dirty and it’s old school Seether man. It was a fun one to make.”

Taking an outside producer out of the mix can sometimes be destabilising in the process, with that vital set of neutral ears deemed a necessity by most bands.

“It saves a whole lot of money,” Stewart laughed. “It lets you make exactly the album that you wanna make too. We’ve worked with a lot of producers over the years and whether they try to or not they do leave a bit of a stamp on the sound. It’s not necessarily a bad thing but I know that in the past we’ve made albums and thought, you know, it could have been a bit heavier in the mix or the guitars are too soft, that kind of stuff. This time around we did it exactly the way we wanted to do it. We were there on the rough mixes and taking it home in the car and listening to it on the car stereo and stuff like that and it all helps. You can make it heavy where you want it to be heavy and that’s exactly what we did. I think it’s more that freedom and doing exactly what you want with your vision instead of having a third party while an another set of opinions that you have to accommodate.”

‘Poison the Parish’ was originally supposed to be released in January, then February before finally being pushed back to May, but Stewart says that isn’t a sign that there were troubles in the recording process.

“We just took that extra bit of time to set it up properly,” he clarified. “It’s something we’d rather take our time with on artwork and things like promotion and stuff like that. There’s no point rushing something out just for the sake of having it out. We’d rather take that extra bit of time and do it right. It also gave us time to get a few shows under our belt and get the rust off for the guys who hadn’t played in a while and get back in touring mode and the swing of things for when the album comes out.”

We go talked much more in depth with Stewart, but you’ll get have to get yourself a HEAVY Digi-Magazine subscription to read all about it.