The legendary Metal Church are back with their brand new album Damned If You Do and like they have been doing since the 1980s they have once again dropped an album that is just pure gold. Of course the Metal Church of today is further strengthed by the fact that lead vocalist Mike Howe is back in the fold (this is his second album since his return) while former W.A.S.P. drummer Stet Howland is now also a fully-fledged member of the band.

HEAVY Mag recently caught up with the delightful Howe and he was able to talk us through the album and talk about how the band really want to re-pay their faithful Australian fans from over the years.

“The recording process for this album was exactly the same as it always has been,” explains Howe when we get to the nitty gritty of what has gone into making Damned If You Do. “I think that is why it works so well for Kurdt and I because we have this certain chemistry that works so well. When we get together we just write heavy metal… that’s it. This is the stuff that we enjoy doing and this the stuff that we enjoy singing and that is the most important thing – that we like it. Does it rock us? Does it make us feel good? And then hopefully if that works then it will transfer to the fans because you have to be authentic with what you do and that is what I believe we do.”

As the discussion goes on we delve even further into the Metal Church songwriting process. “Well Kurdt will go into his studio at his house when it is time to start the writing process and then he does whatever it takes for Kurdt to get inspired and then keeping in mind I will be singing the stuff and then he just starts writing down the songs. Then he does a structure of a song from beginning to end, then he does another one and another one and then when he gets about six or so of them done he sends them to me over the internet and then I listen to them and then we have a talk about them and then he keeps writing and writing. Then eventually I head up to his house and he throws up a microphone and then sits at his console and then I get inspired and start yelling like I do.”

To hear more of our interview with Metal Church check out the interview on Spotify.

Damned If Your Do will be released by Nuclear Blast on 7th December, 2018. 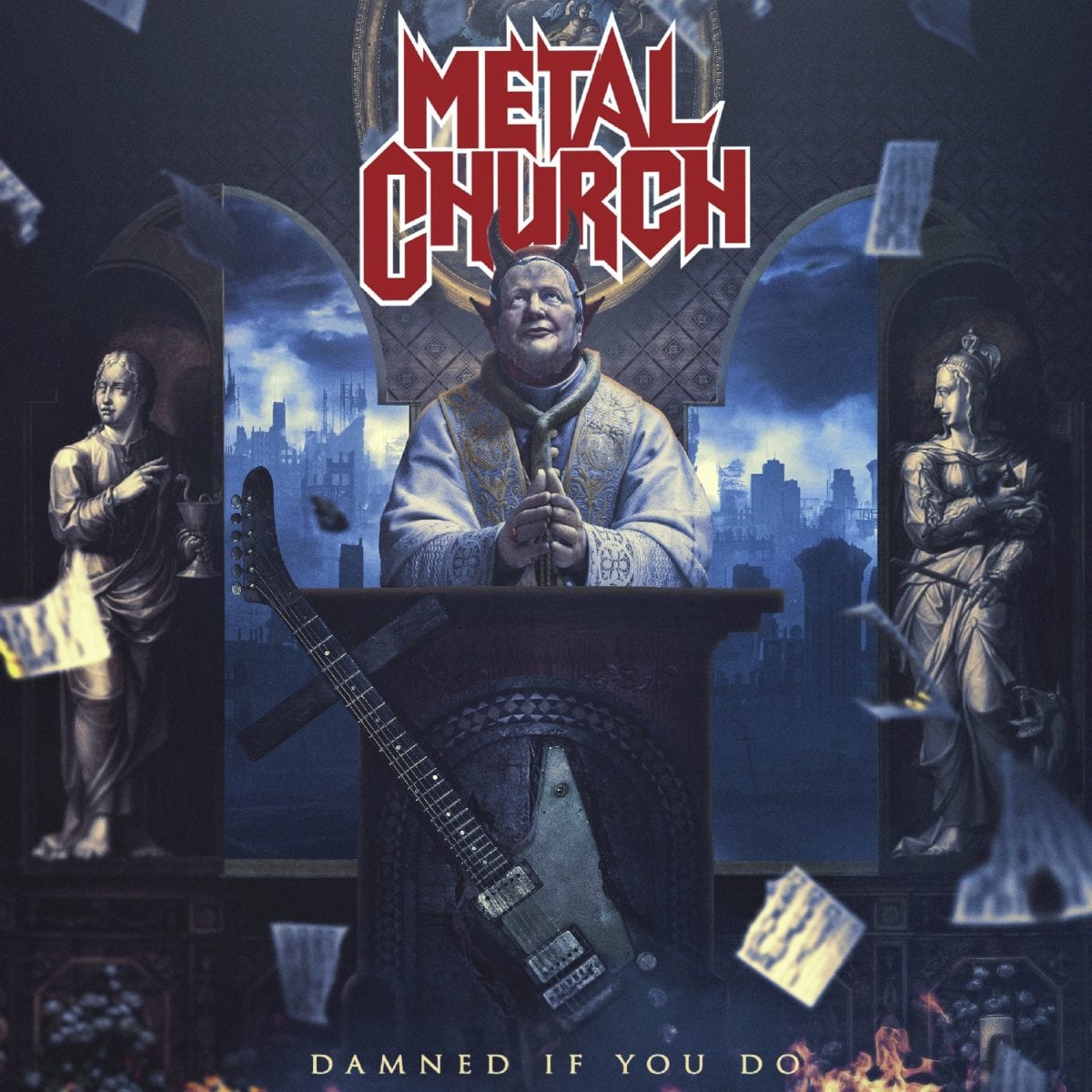