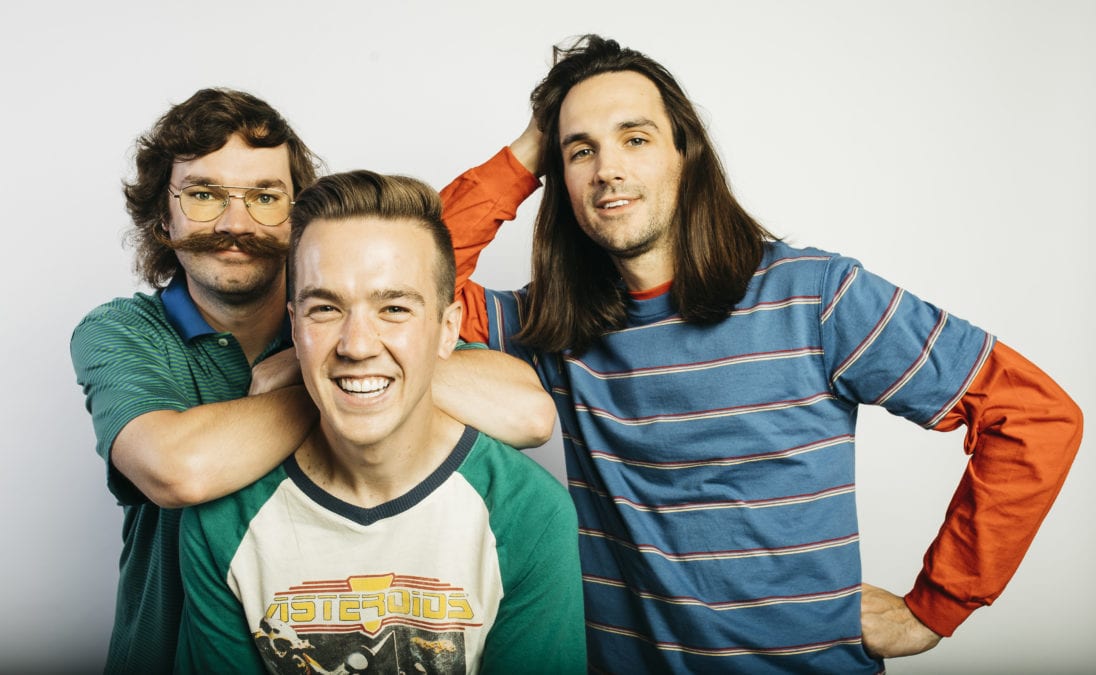 American rockers Tiny Moving Parts embark on their debut headlining tour of this country later this month, with guitarist/vocalist Dylan Mattheisen responding enthusiastically when asked what they have in store for fans.

“We promise to provide a high energy exciting fun rock show”! he smiled. “You’ll see many smiles and rock horns in the air. Billy (William Chevalier, drums) has been wearing some awesome tracksuits lately, but maybe it’ll be a little too warm temperature-wise to rock (laughs).

Touring on the back of their fifth studio album, Breathe, Mattheison says that while the reception globally has been positive, the band are still unsure how the songs will go down live with each new audience.

“The reaction overall has been amazing”, he gushed. “We put lots of time and effort into creating this record, and the results have been so rewarding. It’ll be our first time performing these new songs in Australia, and we are quite curious how it goes over. We’ve toured the US, UK, and Europe, and so far so good”.

Despite the highly personal subject matter of the record, dealing with mental health, anxiety and morality, Mattheison says it wasn’t any more difficult than usual to write.

“It sounds cliche to say, but writing music is an outlet for me and helps me deal with my anxieties”, he said. “Difficult is not the word I would use because it helps me get it out of my system. It’s nice to have feelings put into art and have people out there relate to it. We’re all in this together”.

Tiny Moving Parts have grown as a band since 2008 debut album Oceans Rise, Oceans Recede, the Ocean is Full Of Waves, with Mattheisen arguing that any music made by a band in their teens is bound to fade in comparison as the years go by.

“Ocean Rise was our first record that we recorded at age 15”, he laughed. “We’ve learned a lot about songwriting throughout the years. Back then we would write what’s cool and not really think outside the box. Nowadays we still do go with our gut and play what sounds cool, but also look at it from all angles. We want to make sure every song is great to play live, has lots of energy, and when creating we want to seek the fullest potential of coolness for each track”.

Tiny Moving Parts are a self-proclaimed family band, consisting of Dylan and his cousins Matt Chevalier (bass) and Billy Chevalier (drums). While many siblings find it hard to relate in even the simplest of matters, Dylan smiles when talking about the relationship he has with his cousins.

“We find it super beneficial”, he stressed. “We’ve been family but also best friends ever since we were toddlers. We don’t really have a father figure in this band, we’re all still kids at heart (laughs)”.

After forming in Junior High, Dylan says that although the basis of the band was in fun, even at that age they held thoughts of making music their life.

“We didn’t know how far we could actually go”, he said, “but we knew we wanted to do it for a living. Ever since we were 12, we wanted to be in a rock band travelling the world. We are literally living our dream”!

So much so that the thought of growing into themselves through music is something which Mattheisen takes pride in.

“We love it all”, he reiterated. “I can understand how it may be stressful at times on tour, in the studio, shooting music videos, etc, but the outcome is so rewarding. The joy we get from releasing a new song is something we love that makes us want to keep doing it. It’s great to become friends with touring bands that are in the same boat and play music for the right reasons. Many of our closest friends are people in bands that we’re fans of before becoming friends. Music is cool”!