For many hard rock fans in Melbourne, this felt like a show that they would never get to see again. It had been twelve years since the mighty Whitesnake had graced our shores and the last time Scorpions visited their show was put on ice before they even took to the stage. The sad fact is that when you love aging bands the chances of getting to see them live again gets slimmer and slimmer every single day.

There was little wonder then that the most hardened hard rock fans decided to make the trek to Rod Laver Arena last night to see two of the greats. And the crowd number was pretty decent considering it was the middle of the week and Queen, Revocation and Cattle Decapitation were all in town playing on the same night as well.

Crowd numbers did feel like it was going to be an issue, as the stadium looked half-empty as Whitesnake made their way onto the stage playing along to The Who’s ‘My Generation.’ That seemed to change quickly though as David Coverdale and co ripped into ‘Bad Boys’ and ‘Slide It In.’ The seats and standing areas filled up and it was pretty easy to see that Whitesnake had a simple message – they were here to deliver the goods.

Just like Alice Cooper a few nights earlier it was very obvious that age has certainly not slowed down Whitesnake at all. Coverdale’s vocals were perfect and the band on song as they launched into tracks like ‘Love Ain’t No Stranger’ while the strong melody had the audience singing along to ‘Hey You (You Make Me Rock).’

Tommy Aldridge’s drumming sounded like rapid machine-gun fire on ‘Slow An’ Easy’ (something he certainly wasn’t) but that was nothing compared to his epic drum solo that he delivered later which ended with him playing with bare hands… yep no sticks required Mum. In fact, the solos became a very part of the highlights for Whitesnake especially when Reb Beach and Joel Hoekstra’s duelling guitar solos ended up becoming a stunning rendition of ‘Waltzing Matilda.’

Whether they were slowing things down for tracks like the cover of ‘Ain’t No Love In The Heart Of The City’ or cranking it up ‘Trouble Is Your Middle Name’ or ‘Shut Up And Kiss Me’ Whitesnake were at the top of their game and had the crowd completely in the palm of their hands. Of course, the crowd favourites though were ‘Is This Love?’ during which time Coverdale looked for his wife in the crowd while everybody joined in for ‘Here I Go Again’ before Coverdale finished the night with some very sound advice “don’t let anyone ever make you afraid.”

Of course, though Whitesnake was just half the night and after a half-hour intermission, one of Germany’s biggest exports Scorpions arrived a flurry of graphics depicting their helicopter flying over the city and dropping them into Rod Laver Arena where they landed for their first gig of the year and boy were they ready to put on a show for Melbourne.

The way they began their set was nothing short of spectacular. ‘Going Out With A Bang’ and ‘The Zoo’ were delivered with full force while the wailing guitars of Rudolf Schenker and Matthias Jabs on ‘Make It Real’ was phenomenal.

It was very easy to see that there was a great love affair happening between the band and their crowd. Frontman Klaus Meine repeated so many times how sorry he was that their last tour had been cancelled and by his emotions each time it was easy to see that he truly meant it. The respect from the crowd in return though had to be seen to be believed. Whether they were delivering a melody of past hits or a newer track like ‘We Built This House’ the audience was completely mesmerised by what was happening in front of them.

The heartfelt moments continued then with an acoustic version of ‘Send Me An Angel’ which was dedicated to Australia’s firefighters before the band then delivered a haunting rendition of ‘Winds Of Change’… a song that should be on every music fan’s bucket list of tracks to see performed live.

There were still more highlights to come through with energetic versions of ‘Tease Me Please Me’ and ‘Big City Nights’ while drummer Mikkey Dee was elevated into the rafters of Rod Laver Arena for his drum solo. Then came the big encore consisting of ‘Still Loving You’ and the perennial favourite ‘Rock Like A Hurricane.’

We may have had to wait a little while to get to see these two great bands live once more but nobody can see that Whitesnake and Scorpions didn’t deliver in abundance when they finally do touchdown. This was a night to remember. 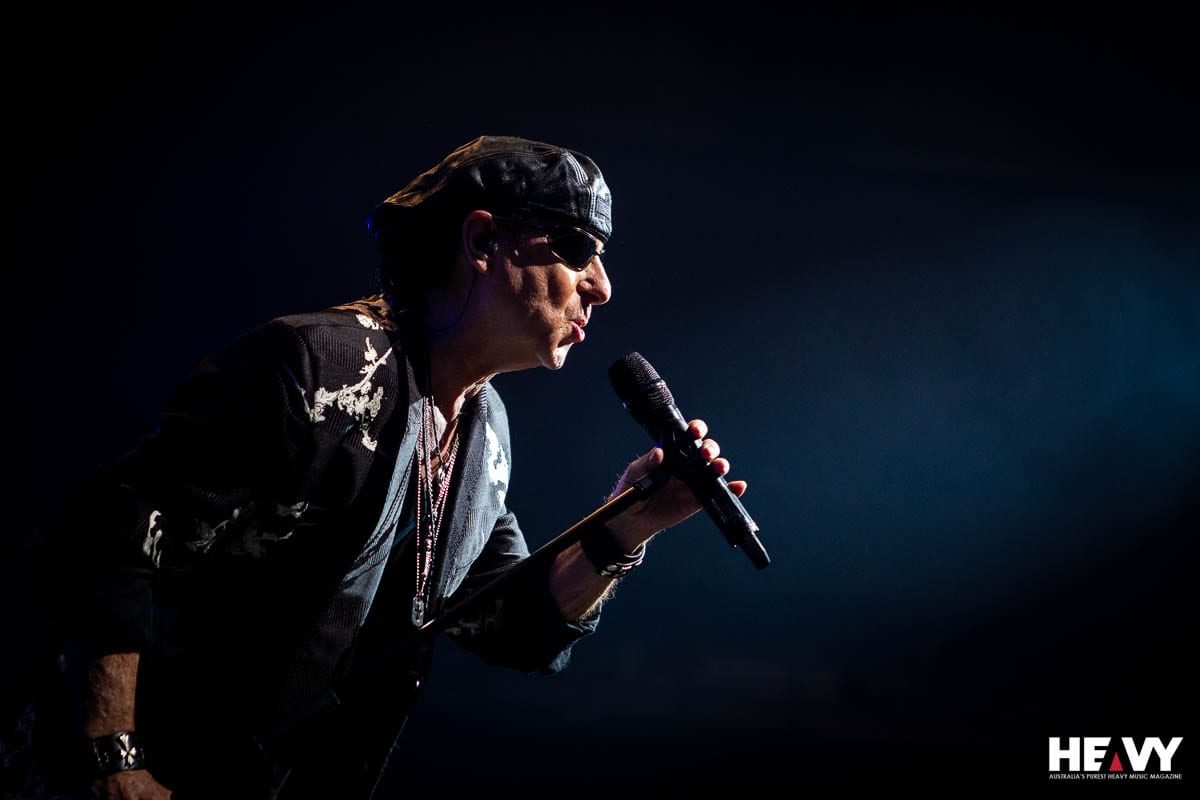 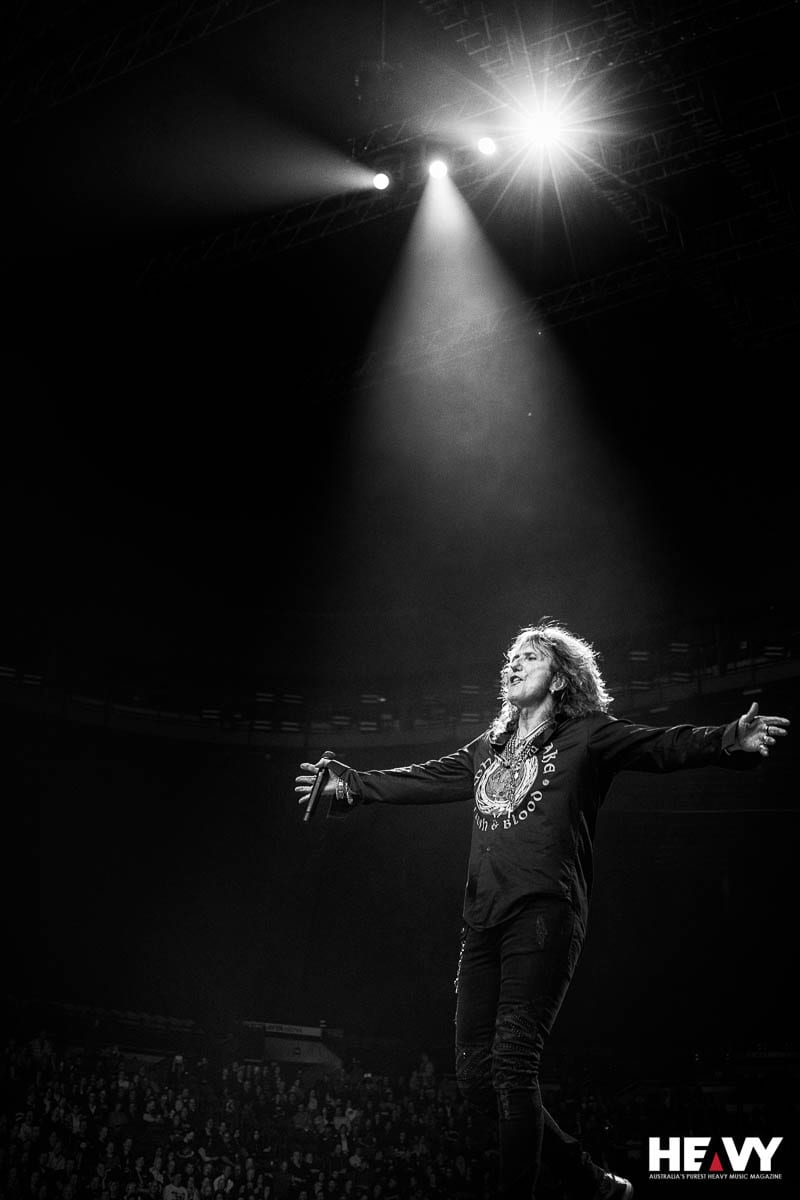 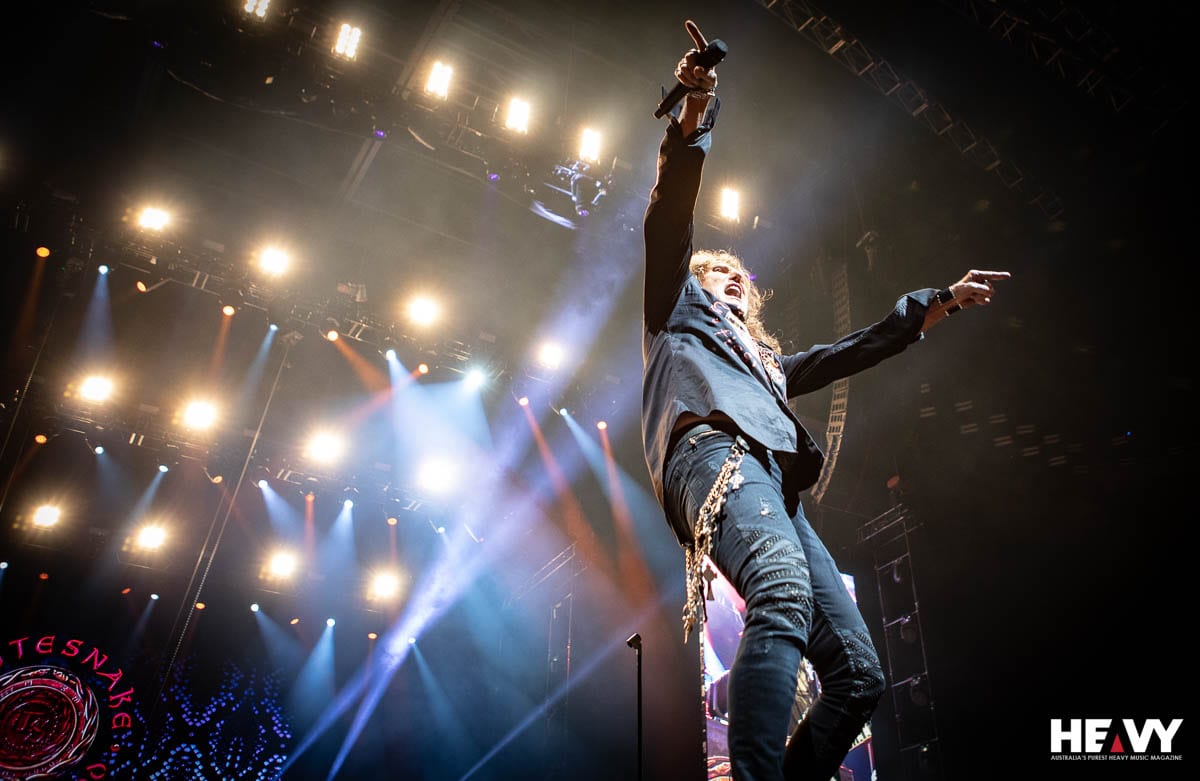 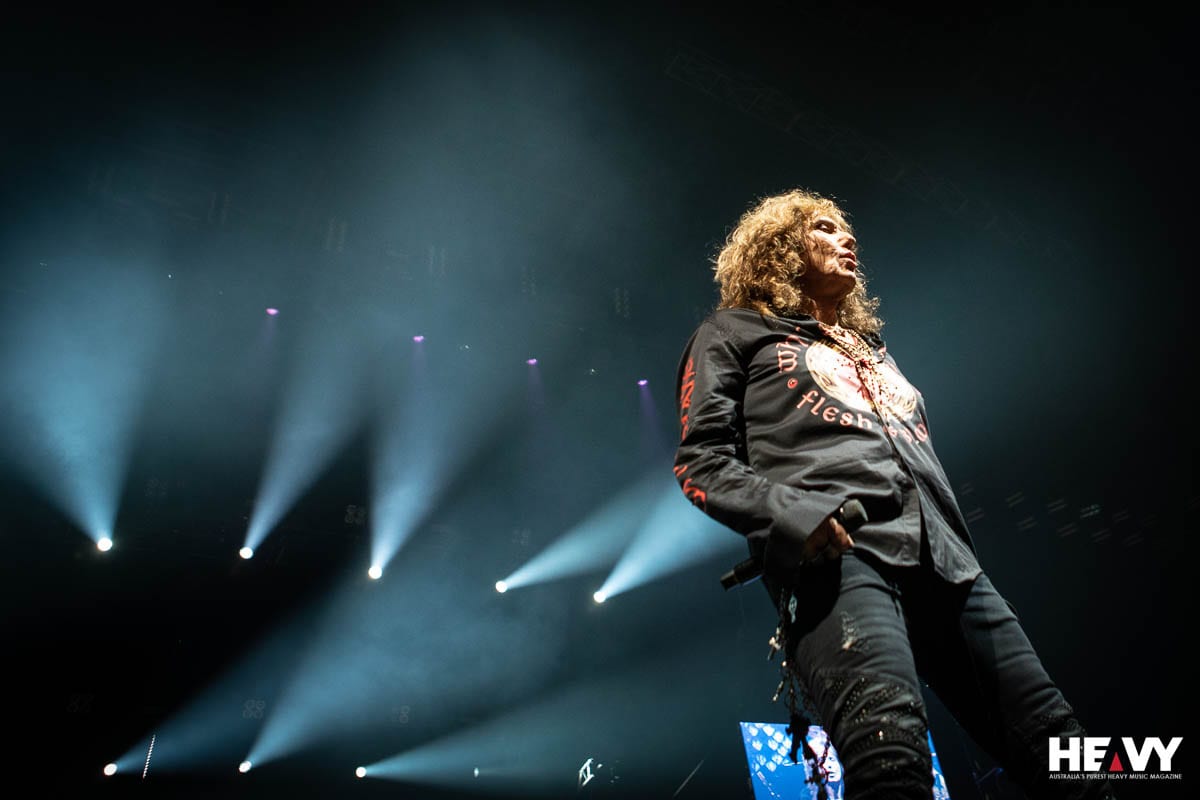 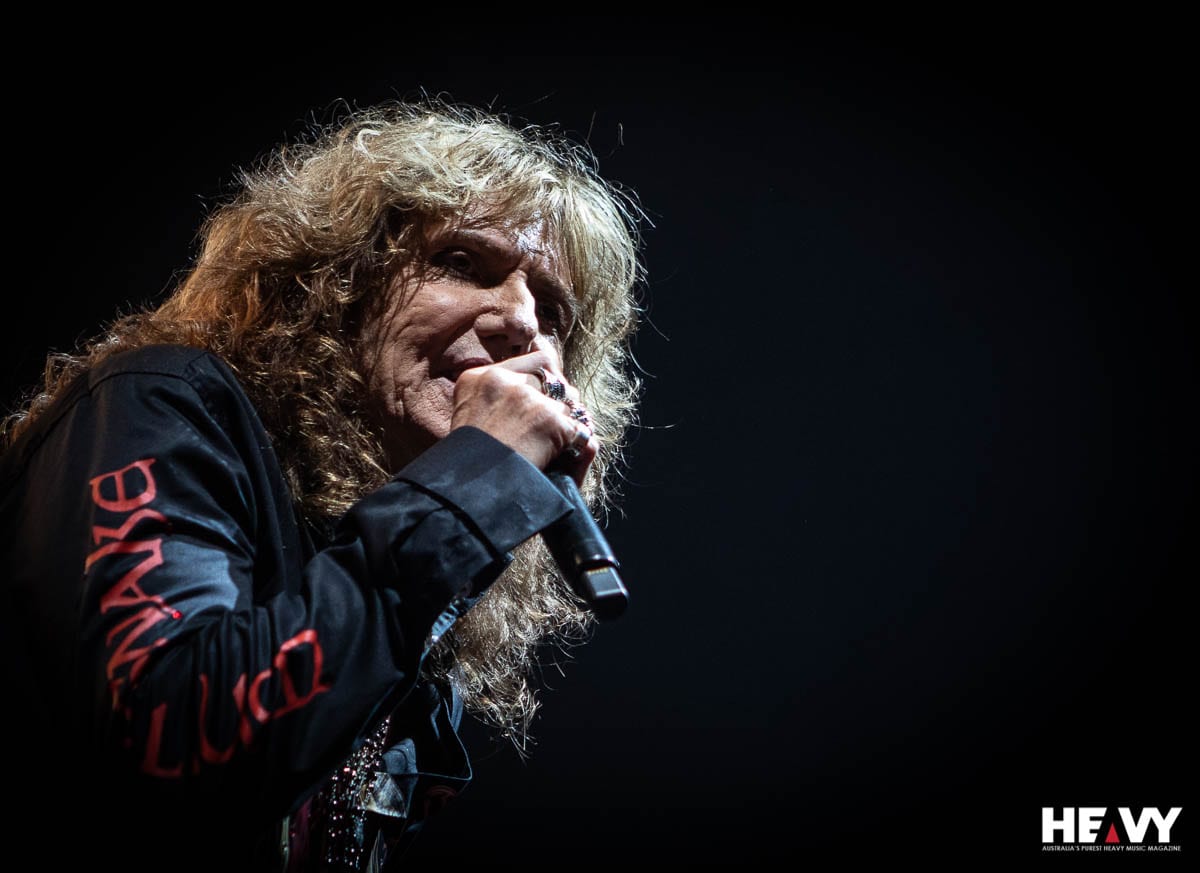 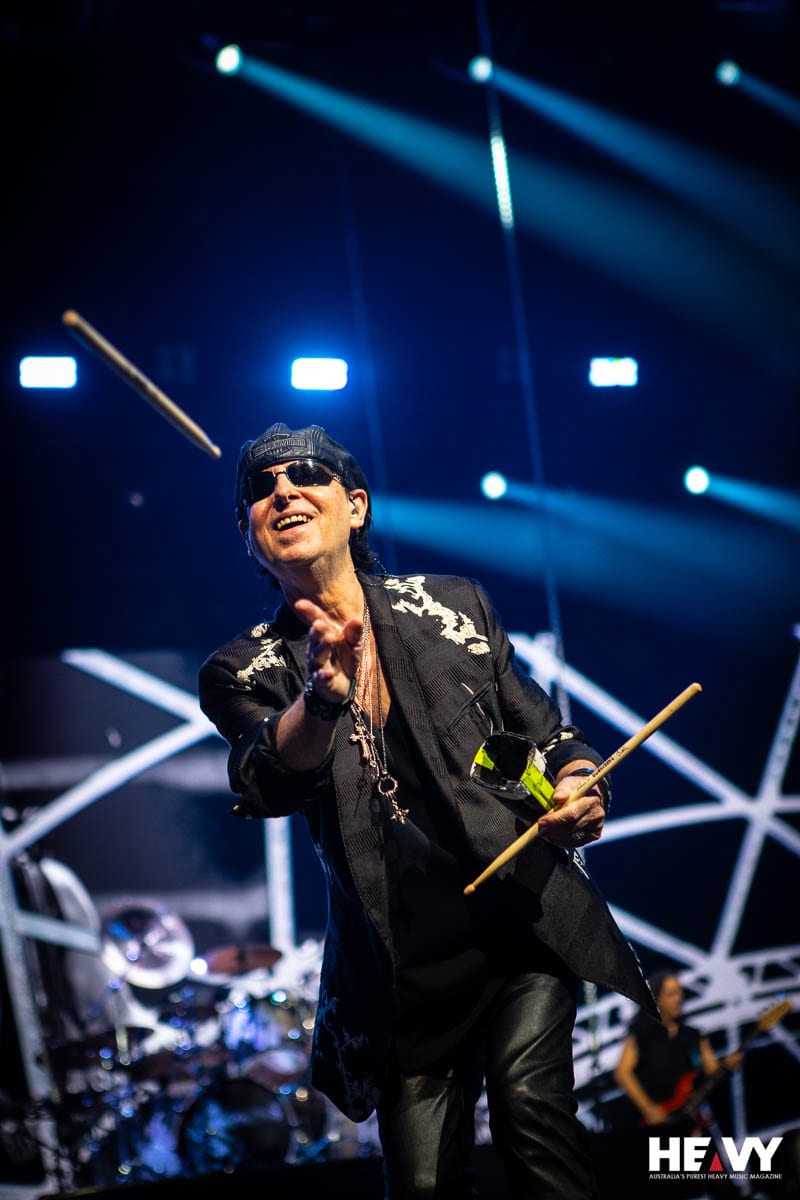 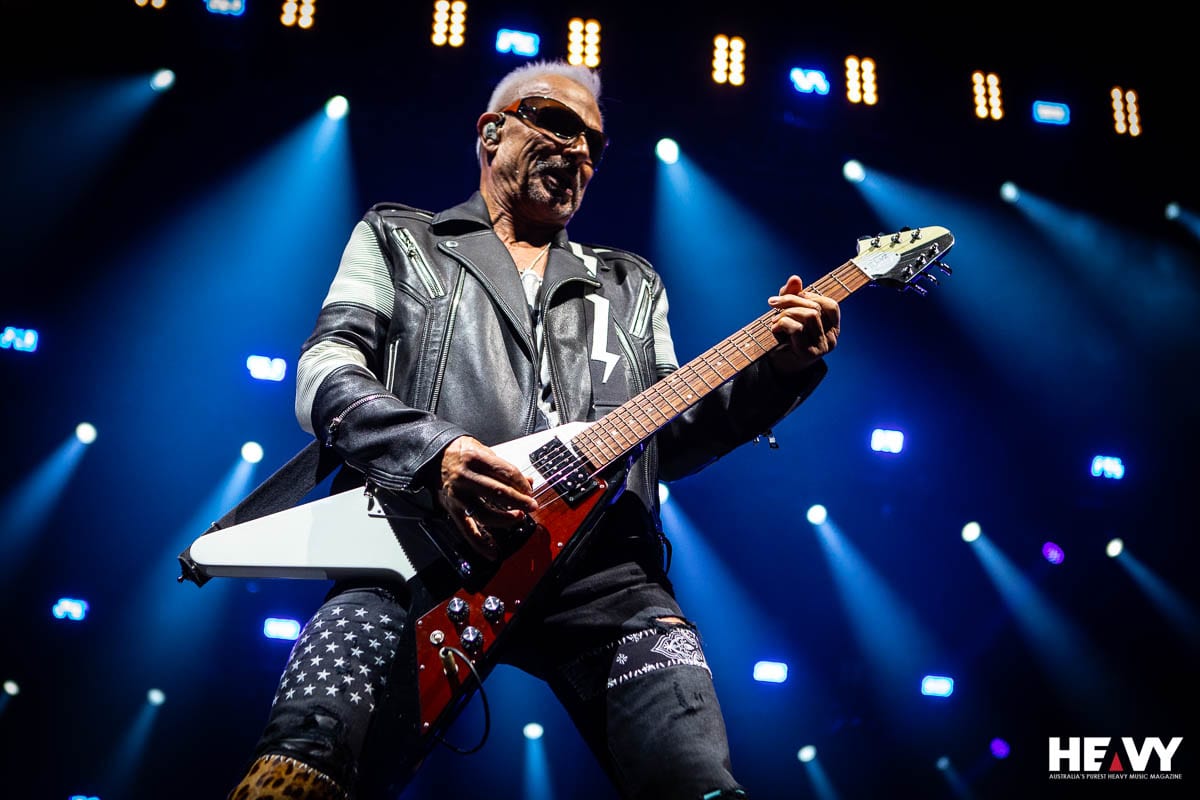 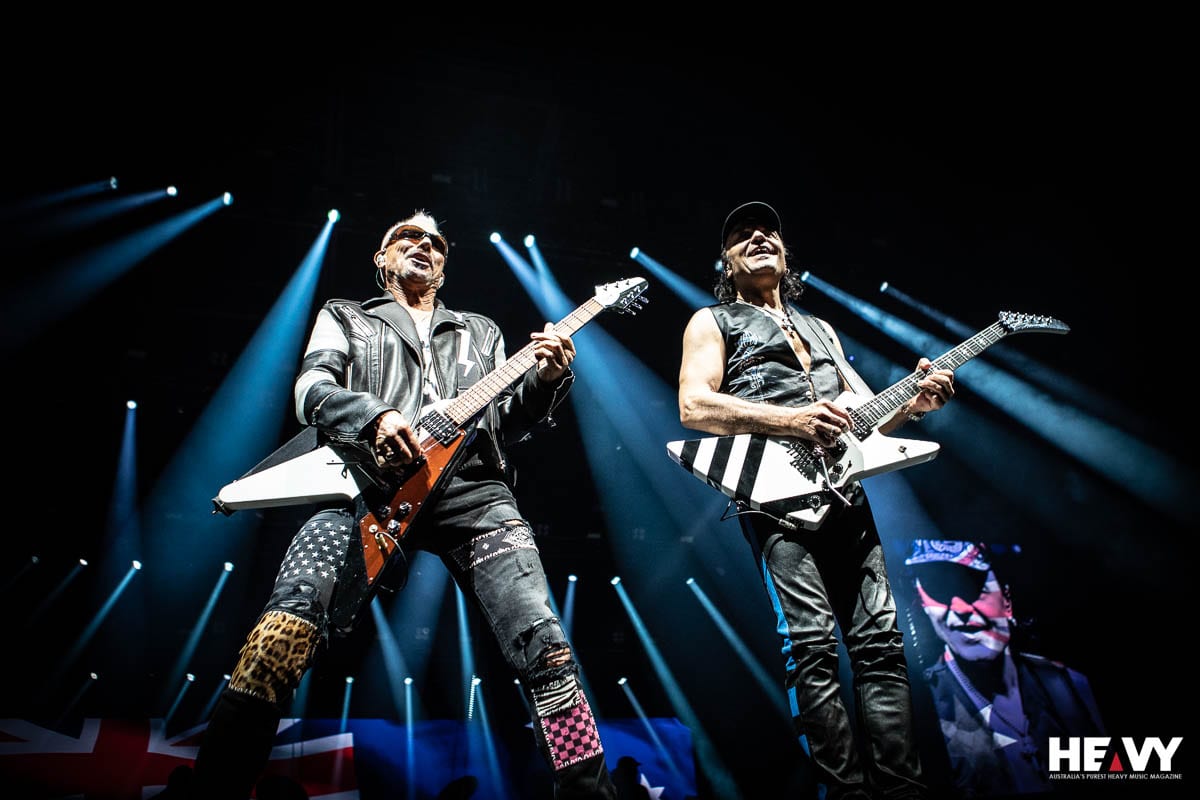 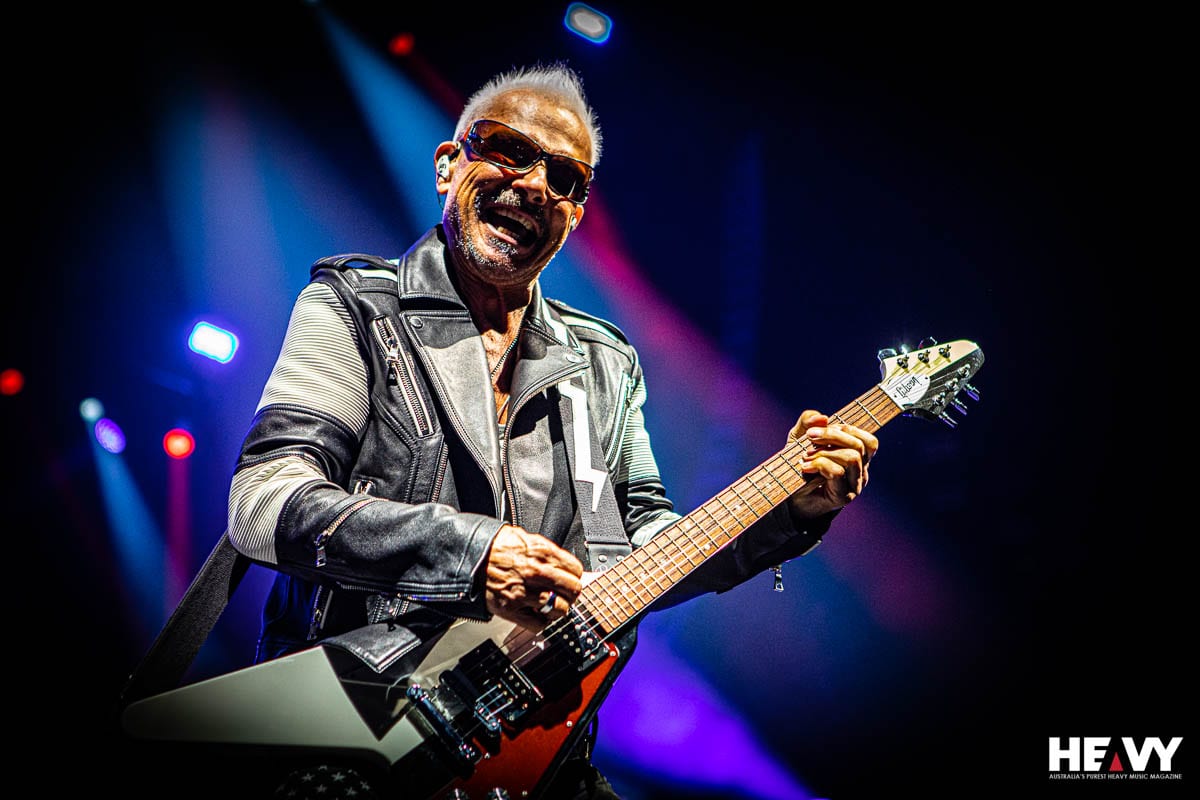 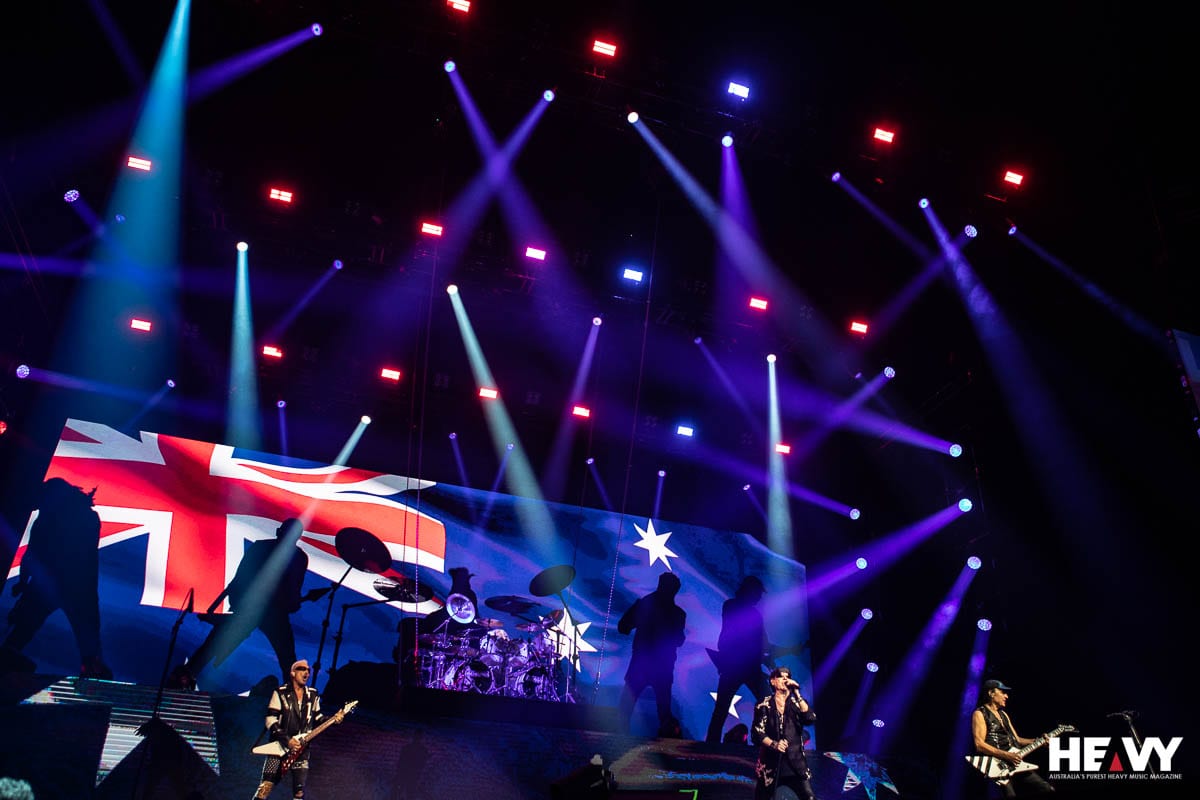 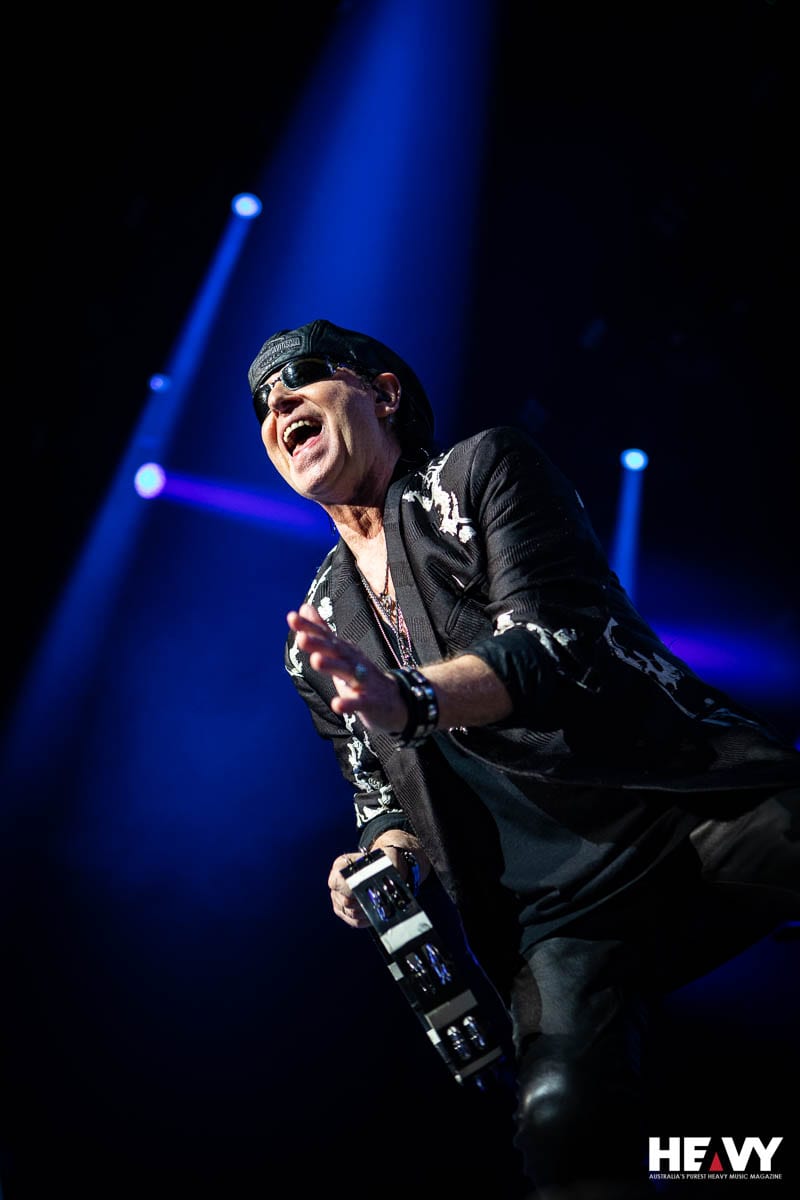 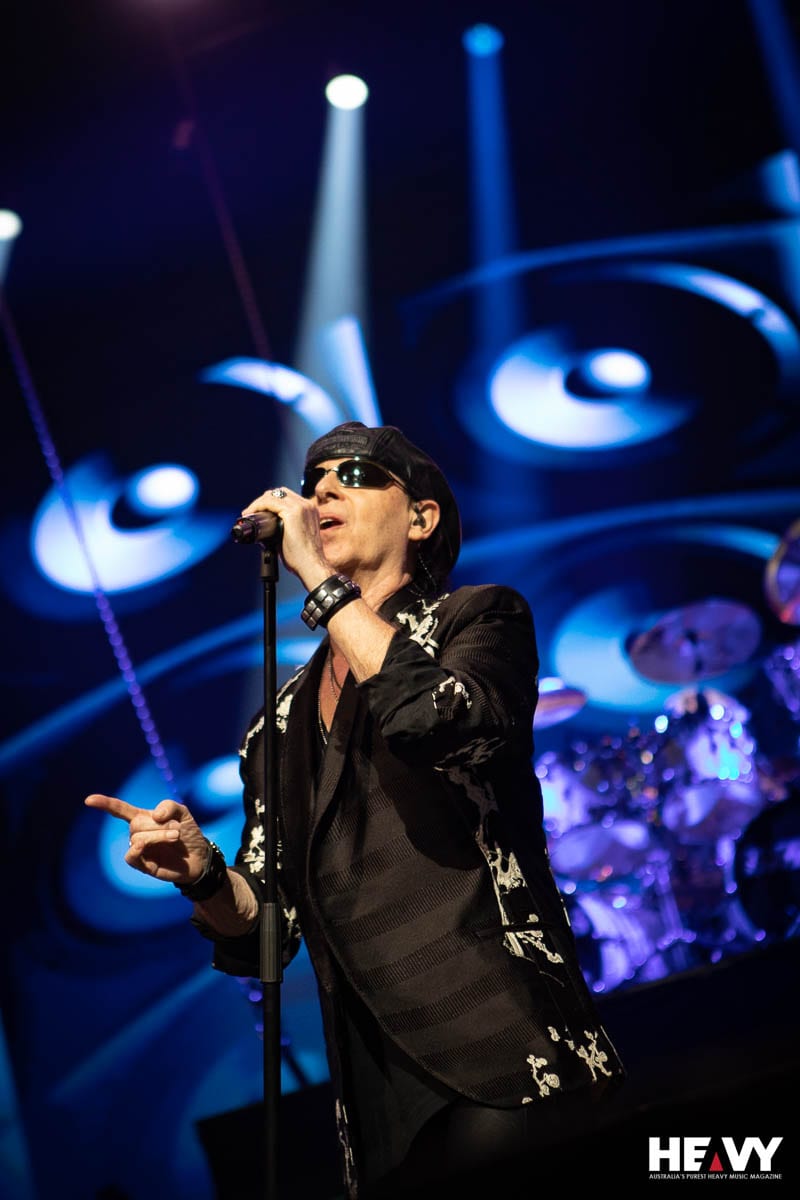 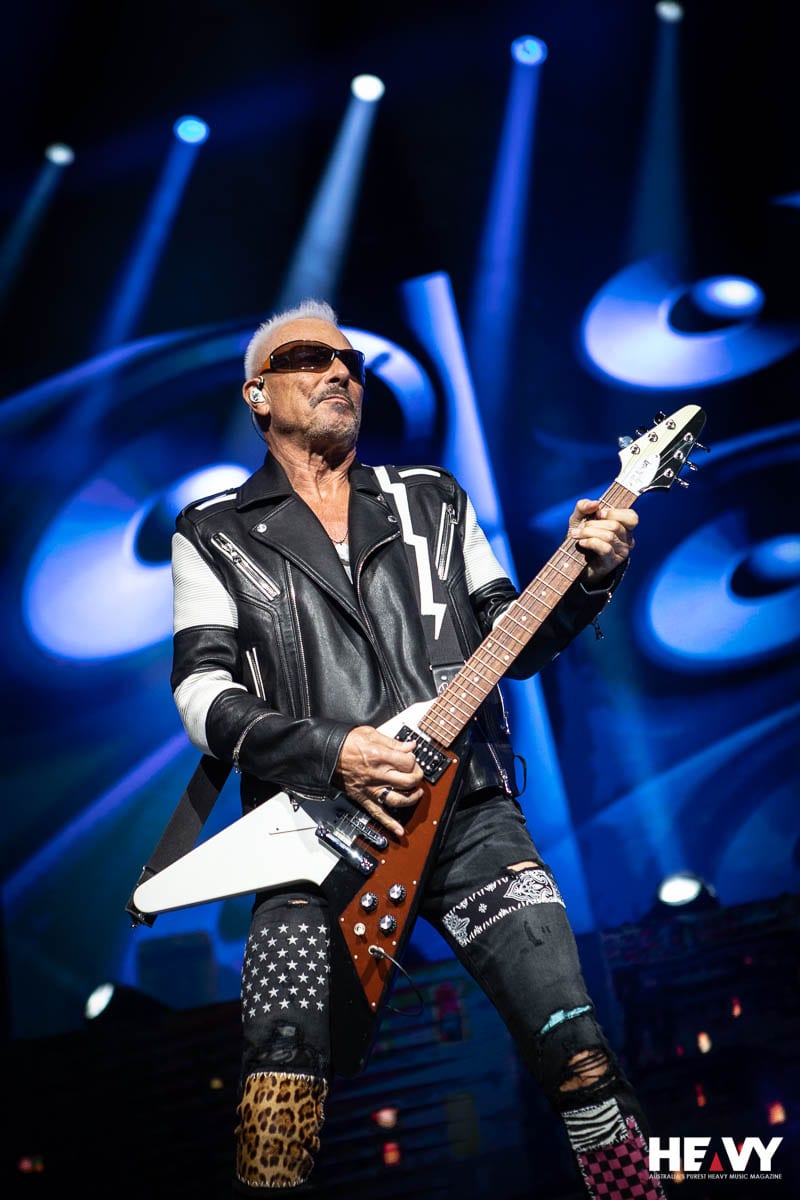