WHITECHAPEL at The O2 Academy Islington, London on 18/6/19 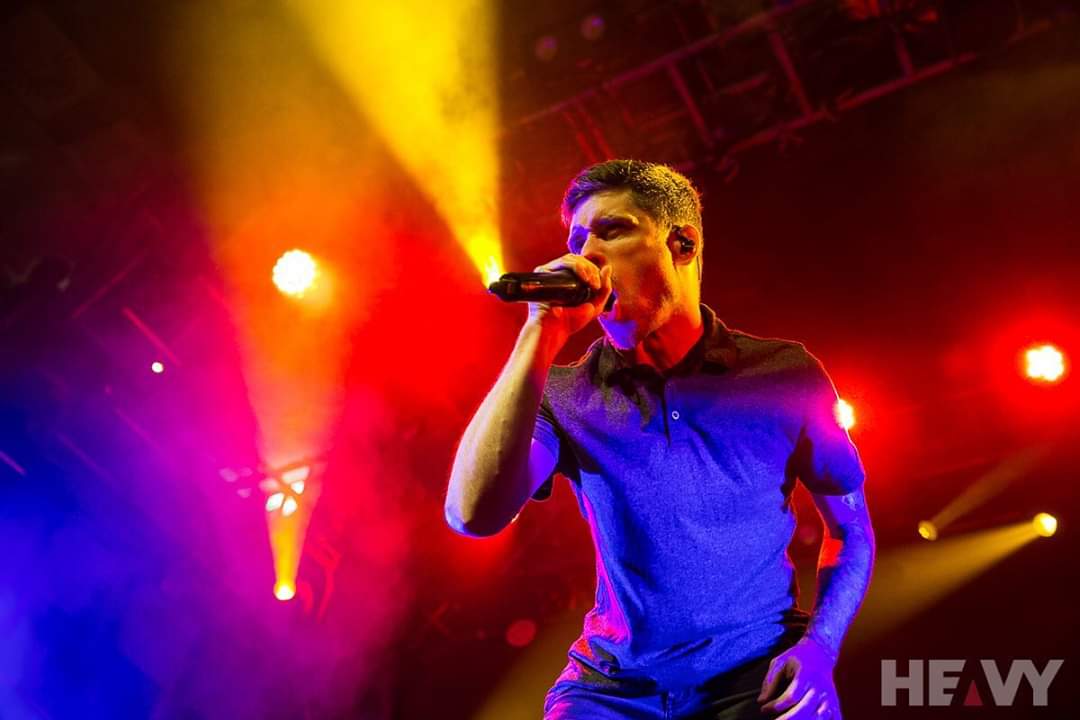 Recently I wrote a review of the album ‘THE VALLEY’ by WHITECHAPEL. Now I can safely say that while the album was indeed a surprise, with plenty of new artistic ground for the band to explore, it remained absolutely true to their legacy. The biggest and most controversial progression is to the vocal style of PHIL BOZEMAN, who has been slowly introducing clean vocals to their audience, on record this works exceptionally well. The big question on my mind when I saw they were headlining at the London Islington O2, was not if they were going to be kick ass (obviously they will) but do the clean vocals tracks come out naturally within their trademark, merciless, brutal live performance.

I arrived at the 2 band bill in a frenzied state, navigating the London underground system just after peak hour, at the beginning of summer is unsettling, leaving you finally at your destination with a thin layer of sweat starting to form. Screw it though, I was about to enter the belly of the beast. The O2 Islington is tucked away among a gentrified shopping arcade, almost invisible to the naked eye. But once inside, and up several flights of stairs, you’re greeted with one of the greatest mid-sized venues in North London.

The one and only support band, ‘UNDERSIDE’ delivered 30 minutes of pure anarchy. Giving off a very SLIPKNOT/late era MUDVAYNE sounding vibe, their songs created an atmosphere larger than the venue was ready for. These boys have toured relentlessly, playing huge show like Bloodstock. Their live show was untamed and raw, intertwining some visual aspects with the onstage visit by the character from their “GADHIMAI” video clip. The Himalayan foursome turned the crowd energy up with their cover of “SURFACING”, a nostalgia trip for basically every ticket holder in a one-mile radius.

A swarm of dark t-shirt wearing roadies worked like ants over a spilled ice cream, tidying the drums and instruments to make way for the WHITECHAPEL stage setup. The curtain, so carefully laid over the WHITECHAPEL drum set, is whipped off to reveal possibly the most intimidating drums I’ve seen in a long time. The double inverted pentagram logo from ‘THE VALLEY’ staring through you on the skin of dual battle kick drums.

Slowly, six intimidating figures appear from the curtain. Filling the stage with their size, presence and guitar strings. Those strings are thicker than this morning’s oatmeal, and they need to be to carry the subsonic soundwaves generated by this band. The sextuplet on stage all clad in black, with their frontman BOZEMAN perched upon his ego box, addressing the crowd with his trademark menace. The audio starts pounding through the speakers, opening with BRIMSTONE, the mosh pit explodes, gut-wrenching bass drops begin to rumble the balcony I’m stood on, almost as if it would shake off its hinges. WHITECHAPEL weave their way through more of their latest heavies, “FORGIVENESS IS WEAKNESS” and “BLACK BEAR”. I’m ecstatic they’re bringing these new incredible songs to their set. BOZEMAN doesn’t say much, preferring to let his music do the talking, but you can see he appreciates the reception they’re getting “We appreciate you coming down tonight…one of the first shows we played outside our hometown was in London in 2007” released a raucous applause, possible those guys from 2007 were still there tonight. The whole performance is a carefully crafted sonic-sound sphere, the guitar tones so cleverly matched and balanced, the crushing rhythm parts of both ALEX WADE and ZACH HOUSEHOLDER, smashing some of the most memorable death metal riffs like “MARK OF THE BLADE”, “I, DEMENTIA” and “ELITIST ONES” (lucky it wasn’t played too close in the set to “LET ME BURN”). Lead guitarist BEN SAVAGE shredding through the although scarce, yet exceptionally powerful guitar solos in tracks such as “END OF FLESH” and “THE VOID”. Throughout the entire set the thunderous bass supplied by GABE CRISP ensured that there wasn’t a filling left in any tooth for having been shook loose. At times, there seemed to be an unnecessary reliance on backing guitar tracks, to the untrained viewer watching three guitarists on stage not playing, while the pre-recorded guitar lines come through the speakers seemed a little strange, whether there could have been one guitarist spare to play the hook. Regardless, it made for an incredibly tight and album perfect rendition.

Only one song was played which included the clean vocals I spoke of earlier. “WHEN A DEMON DEFILES A WITCH”, from their latest release THE VALLEY gave BOZEMAN the opportunity to really show us what he’s made of. To his absolute credit, BOZEMAN nailed it. Eerily reciting the line ‘erase humanity’ from the middle section, sending shivers down my spine.

BOZEMAN, SAVAGE, WADE, CRISP and HOUSEHOLDER, dominated their setlist tonight perfectly executing each riff with mesmerising accuracy. Their touring drummer, ALEX RÜDINGER absolutely smashing it alongside them. Throughout the whole set I found it hard to take my eyes off him. Obviously enjoying every second of the show, his grin almost cracking his head from ear to ear.

Of course, the encore was saved for arguably the most popular WHITECHAPEL track in existence (two times as many listens on SPOTIFY than the next) “THE SAW IS THE LAW”. And to be honest this is the song I and probably every other patron came here to see. The show was well paced, immaculately performed, and although it lacked a little excitement and physicality from the musicians, the immenseness of the sounds more than made up for it.

Words from Dan, 28 from Southfields describe the evening in one accurate sentiment “It felt like the building was going to collapse around us”.

I’m surprised it didn’t. Next time bring a hard hat.