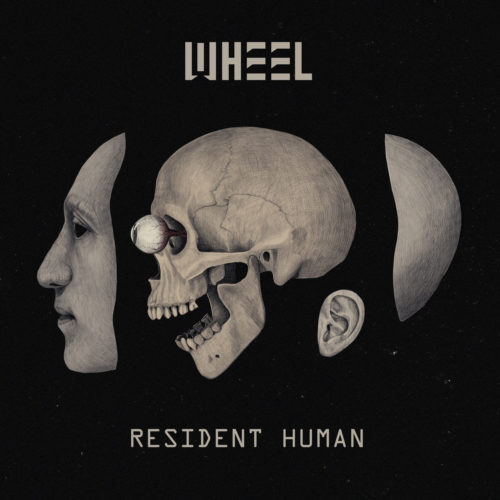 With their recent offering Resident Human, progressive rock outfit Wheel feel as though they have reached a critical, yet successful, juncture in their career.

This album is everything prog is meant to be and more.

It is the type of album that commands repeat listens and one which threatens to envelop more of your subconsciousness with each passing moment.

It is a musical and vocal masterpiece, conjuring – but not replicating – luminaries such as Tool and Karnivool, both of which have been cited as sources of inspiration.

The album is, quite simply, an epic masterpiece of exquisitery and mood, with an underlying and menacing tone that is sugar to the senses and thirsty for more.

Resident Human is seven tracks of varying degree, with three songs surpassing the ten-minute mark and the remainder coming in at a more standard length.

The lengthier numbers are dispersed through the album, almost acting as pillars of a crumbling society amongst the debris of the fallen warriors.

Opening with the 12 minute plus “Dissipating”, Wheel start with a mellow, almost dreamy number that finds itself thundering to life at sporadic intervals before almost retreating back within itself to more ambient pastures.

“Movement” starts with a highly progressive drum fuelled intro that builds nicely before the guitars kick in to create a wall of sound so devastatingly crushing it would take an army to hold back. The song ebbs and flows through various junctures with the powerful drums always at the centre of each movement.

“Hyperion” is perhaps the album standout, coming in at over 12 minutes but filling each second of that timeframe with enough musical wizardry that the song feels like it is over almost before it begins. Frontman James Lascelles excels on this track, weaving the song together like tapestry over the top of almost hypnotic guitar playing that displays a dark side that is impossible to resist.

The title track begins with a swaying whisper of the sounds of nature with delicately placed guitar riffs punctuating the ambience before reverbing into nothingness only for the process to repeat before off-kilter drum patterns drown out the peace, perfectly illustrating the musical precision contained throughout the entire album.

Each song on Resident Human is crafted with pinpoint precision and timing, allowing them to merge into one another while still maintaining their own identity – a feat that has been tried many times in the past by varying bands to minimal success but has definitely hit the mark here.