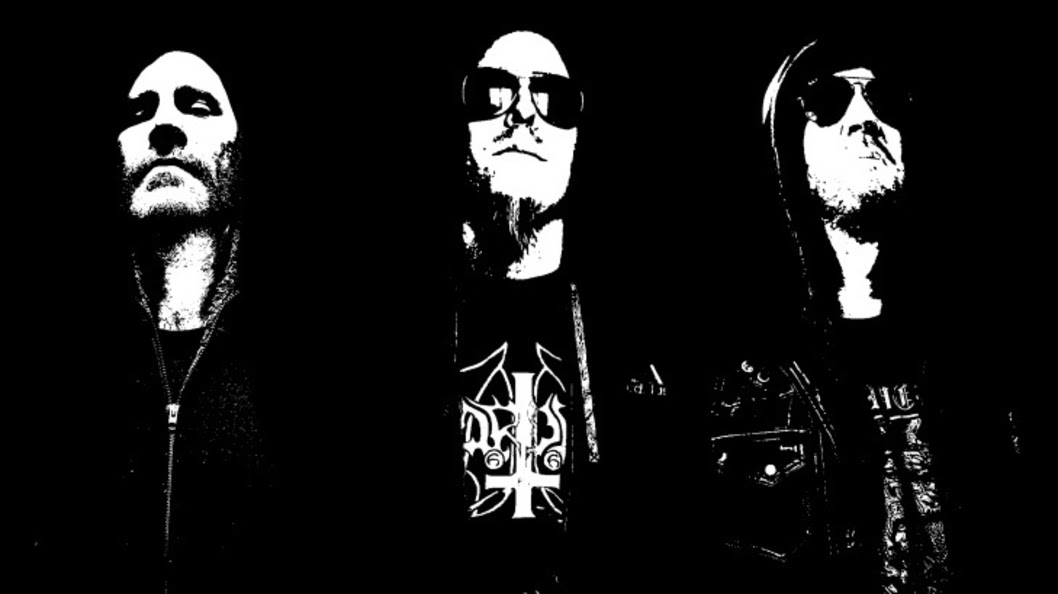 *DISCLAIMER – This interview contains topics of acts which some may deem offensive and inappropriate. HEAVY urges you to consider this before listening to the full audio interview.

2020 was an unprecedented shit show of unpredictable unforeseeable chaos, disruption and all-round turmoil. The complementary soundtrack to this malevolence was courtesy of Aussie death metal band Werewolves who released their debut album The Dead Are Screaming, a blistering thirty-three minute offering of armageddon that perfectly surmised the emotional lockdown that we were all globally enduring. This small, three-membered pack comprises of Dave Haley (Psycroptic, Ruins, King, Abramelin), Matt Wilcock (The Antichrist Imperium, Akercocke, The Berzerker,Shotgun Mistress, Abramelin) and Sam Bean (The Antichrist Imperium, The Berzerker) create and obliterate with their no-nonsense death metal musings. Their album’s, songs and writing process is short, sharp, extreme and to the point. Equating to the blissful experience of a shotgun to the face! Just what we all need right now metal fans right?

The time frame between Werewolves debut to their latest apocalyptic offering What A Time To Be Alive was just ten short months. Vocalist Sam and guitarist Matt gave HEAVY some of their time to discuss a myriad of topics. The first we discussed was the formation of the band and their debut album appearing out of nowhere.

Matt kicks off proceedings, “Basically me and Dave play in Abramelin together and we will have a coffee in between Abramelin rehearsals, he mentioned he had some studio time and asked if I want to make a savage album just for a laugh and I said, ‘alright Man, DONE’! So over the weekend I just wrote an album; Bang I got it done! I sent it to him and he (Dave) was like ‘Wicked I’ll get started on that’, then I had to figure out who was going to play bass and who was going to sing? The only person I could guarantee was gonna get the job done properly and to a satisfactory level or brutality is gonna be Sam. So I got in touch with him, he said yes and in a matter of weeks we had an album! In the space of a month we went from nothing to having our first album done and dusted.

Sam continues where Matt left off; “It wasn’t hard to get involved. Matt Wilcock and Dave Haley give you a phone call asking if you wanna do a band? The answer’s YES! But the funny thing was that I didn’t realise the speed that they were going to crack at it. I said yes on a Friday and by the (next) Monday there’s a fucking album sitting there good to go. The first album The Dead Are Screaming was just a whole bunch of writing under the pump. It was almost like a game to see how quickly we could get an entire full album done.”

With the two main songwriters so prolific at churning out music, Sam elaborates on his lyrical composition between the debut and sophomore releases. “…I had all sorts of shit going on outside our music, they caught me at the busiest time and stacked that band on top so a lot of the stuff lyrically was yanked fresh out of my arse…the first album there was no thought involved but with What A Time To Be Alive I had lyric sheets going, kind of assembled so I was able to jigsaw those together. (but) we are really trying hard not to overthink anything that we do with this band and I really think that that is the special sauce.” To close out his lyrics Sam concludes; “If there’s any kind of recurring themes, there might be a few instances, I’ve kind of noticed that with this whole coronavirus era where global leadership took a massive fucking faceplant! So there’s a little bit of pointing that out but mostly it’s blithering blind hatred just drilled out at maximum BPM.

There is no way that either Dave, Matt or Sam could be any clearer than that when it comes to summarising the mission statement of Werewolves.

With all of the trio all being such prolific songwriters and spread across many different other bands besides the Werewolves, Wilcock discusses his style of writing and influences in order to remain fresh and relevant in an era where so many other not so great bands reside; “Regarding metal, I’ve been playing it for years. My passion has dipped and risen over that time. That’s so not so much about guitar because I’ve always loved playing guitar even when I’ve chucked my toys out the pram when it comes to playing in bands. Over the years with the bands that I’ve been in and the people that I’ve played with have had quite an influence on what I’ve done. The first substantial band that I was in was with Sam (and that was) The Berzerker. So straight away that was heavy and a whole lot of fucking noise. After that the next band I played in was Akercocke. Those guys wrote some really weird music but they were quite open to the idea of blending all sorts of shit together…I’ve played with other bands and other people since then and things that have had varying levels of commitment and success. Everything that I do, I always take something away from it even if it’s just a caveman metal band or something that is a bit more involved. For instance, The Antichrist Imperium would never be what it’s like if I hadn’t spent time playing with Akercocke.” Matt adds that, “Maybe all the noisy savage stuff that I do (even with Belligerent Intent) that wouldn’t be there if it wasn’t for The Berzerker all those years ago. I love death metal and love black metal as well so everything that I do is a mash of all those influences and experiences.

In terms of his absolute ease and competency of writing Wilcock concludes, “As far as writing riffs and songs I don’t really find it that hard and by no means as I saying that any of this material that I’ve been involved in is good, but…I enjoy it. I will sit there, write a kind of cool riff and from that one riff that I like I can just write a whole bunch more shit that I like and it’s cool that other people like it as well!”

To conclude the early phase of our interview with Sam and Matt of Werewolves, Wilcock closes out by saying “Sam said in another interview I heard when you’ve done something for thirty years you kind of get good at it!”

By listening to the full audio interview both Matt and Sam share their stories of bands they’ve been a part of, the insight into Bean’s mind when he writes lyrics, dealing with the pandemic and an in-depth breakdown of file sharing to create the Werewolves albums, plus discusses the ease of access to music via digital downloads as opposed to physical media has changed the metal world.