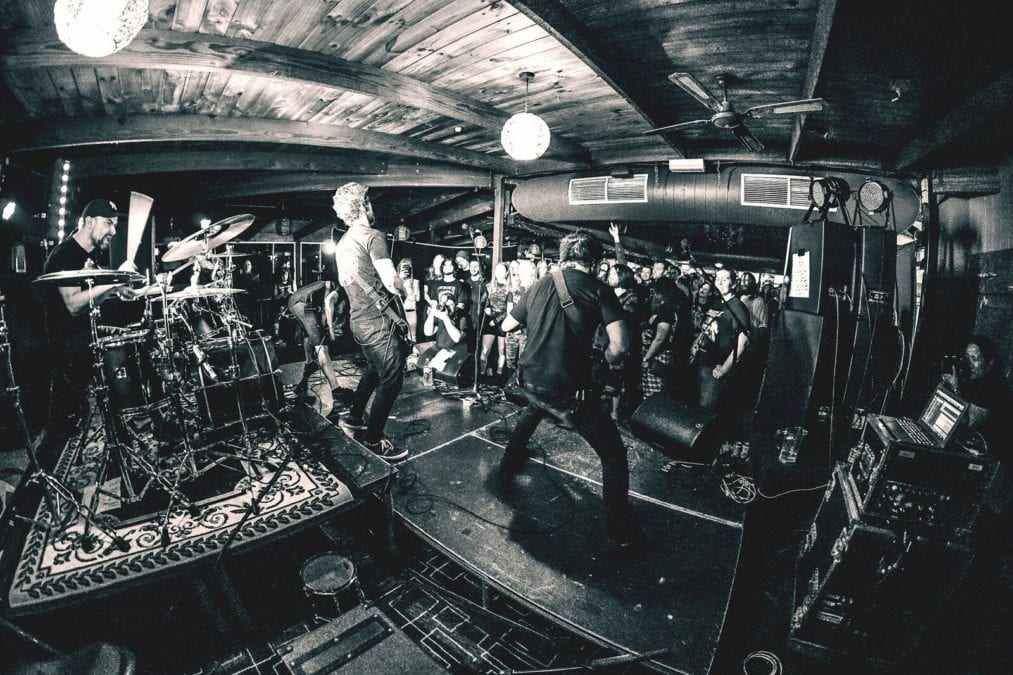 After eleven successful years on the Gold Coast the Wallapalooza Festival held at the Wallaby Hotel at Mudgeeraba has grown into one of the must-attend events on the yearly calendar.

Event founder and director Andy Clark is the brains behind Wallapalooza and has worked tirelessly each year to craft an event that appeals to punters both near and far. With preparations well underway for this year’s event he promises to once again provide a festival experience unrivalled in South Queensland.

“This year we plan to break the mould, break the boundaries and break the traditional mental confines of what a local heavy rock festival should be,” he promised. “In 2020 we will bring you something you have never experienced before and invite you to become part of a story told as only we can.”

Although details for this year’s festivities are being kept tightly under wraps, Clark hints that the upcoming announcement will exceed all expectations but also urges bands who wish to apply to perform to get in quick with applications closing at 3 pm this Monday, February 24.

Local Gold Coast photographer and official Wallapalooza snapper Luke Sorensen says he enjoys shooting more at smaller festivals such as Wallapalooza because of the intimicy made possible between a band, the music itself and their audience.

“I’ve been to quite a few Wallas now and every time I find I am swallowed in a total swell of raw friendship and shoulder-to-shoulder encounters,” he enthused, “which is something you don’t often get at a big festival or arena shows. In recent years there has been a shift in the live music landscape on the Gold Coast, with the loss of most of our best venues to poor decision-makers pushing development and gentrification ahead of the genuine cultural fabric of the city, but what Andy and his team have created at the Wallaby Hotel has really bucked that trend. There’s a lot of soul and meaning to the things Wallapalooza represents and it has become a bit of an institution now in terms of being the premier rock, metal, punk and alternative music event on the Gold Coast. When you see how hard the bands go on the day – how they enjoy it as much as the punters do you – you know that the heartbeat of live music still exists.”

While continually offering up some of the more well-known acts in the rock, metal and punk scenes, the other real attraction about Wallapalooza is discovering new bands and music, another factor which Sorensen believes sets it apart from more commercial festivals.

“2019 was a solid mix of Walla regulars and new faces,” he affirmed, “but I would probably prefer to go see some of the bands I’ve never seen before. It’s a real blindfolded dive into the mixed lolly bag sometimes, as in you don’t know exactly what you’ll find in the next room or on each stage. Last year I thought Humality killed it, Diskust were awesome and you can’t fault the fun to be had when you go see Purple Zain – that shit is so left-of-field and amazing – but the band that stood out for me was Snake Mountain. Those guys are all class and in the audience’s face like a prizefighter coming at you in the first round.”

Although refusing to nominate one band as favourite, Sorrenson admitted Sunshine Coast nu-metal outfit New Clear Vision were definitely among the surprises of the day.

“New Clear Vision were really cool, especially since they played one of the early slots,” he recalled. “It’s a hard thing to be one of the first bands on for the day but they really set the tone well, taking the murmurings of an early afternoon pub environment and transforming the place into a hive of filthy metal bounce.”

To apply to perform at Wallapalooza 2020 make sure you submit your interest to [email protected] before 3 pm on Monday, February 24, as any received after that time will not be considered.