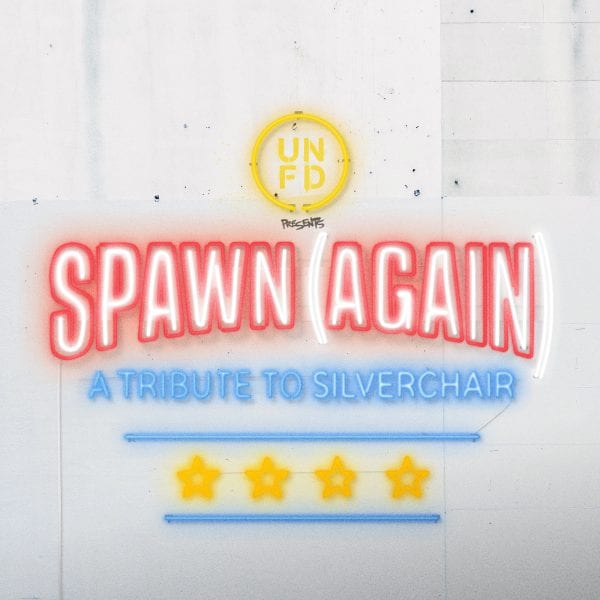 For a generation of Aussie heavy music band’s, there is a soft spot for Silverchair. They were the band that was in a way Australia’s answer to Nirvana. The youngsters from Newcastle soon had people hanging out of trees at Big Day Out, and for a while, it seemed like the world was theirs for the taking. Unlike many Aussie bands they never seemed to cop the tall poppy syndrome – instead, Australia seemed proud of them. They released seminal album after seminal. Whether it be their brilliant debut Frogstomp, the darker Freak Show, the ever popular Neon Ballroom, and the more experimental albums like Diorama and Young Modern were always well received by both fans and the media alike.

Now the cream of Australia’s heavy crop pays tribute to a band that in many ways inspired the bands around today. On Spawn (Again): A Tribute To Silverchair some of these bands deliver absolute gold as they go back and cover the band that inspired them. Not only is this an album that every Silverchair fan must own but I feel it is also an album that will encourage the younger generation of heavy music fans to go back and get to know them.

Every track on this album sounds amazing. The Amity Affliction take “Tomorrow” and add just enough grunt to the chorus to make it a little bit different while Void Of Vision delivers a savage cover of “Israel’s Son”. This track was brutal enough when Silverchair first recorded it, but somehow Void Of Vision make it even more brutal.

In Heart’s Wake make give “Freak” a crowd-chant workover while The Brave keep “Cemetry” slow in the parts where it needs to be but also beef it up at times to give it its own identity as well. As many of you have probably already heard, Northlane really make “Anthem For The Year 2000” their own with a stunning version of the track that even increases the grunt from the original.

Also haunting is Storm The Sky’s brilliant cover of “Emotion Sickness” while Ocean Grove makes “Spawn (Again)” truly eerie with layered whispers. Another highlight of the album is Tonight Alive’s version of “Without You”, which is only enhanced by the amazing vocals of Jenna McDougall.

Spawn (Again): A Tribute To Silverchair is a must have for all Aussie music fans. If you are a fan of Silverchair, it is a great opportunity to go back and listen to this classic tracks brought to life with love and passion that is rare on tribute albums. For those that were never fans of the Silverchair, this is a great opportunity to get to know some classic tracks delivered by the cream of Australia’s heavy music scene of today.