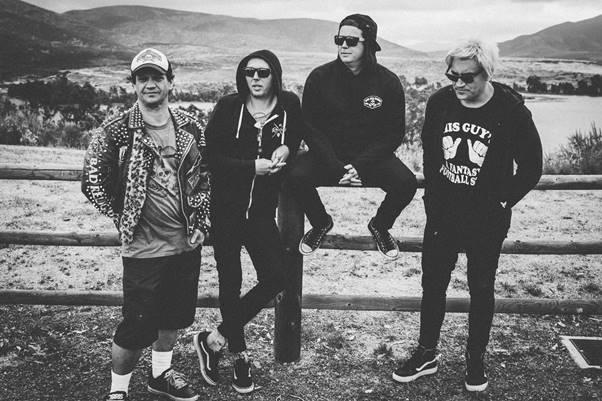 Due to unprecedented demand, UNWRITTEN LAW have added Adelaide to their February Black Album tour. David Roy Williams “We’ve never seen such incredible demand from Adelaide for a show. We really hope to see Adelaide come out in force” Along with the additional Narrabeen and Brisbane shows, UNWRITTEN LAW have also added a South Eastern Melbourne show with a gig at the Pier Bandroom. 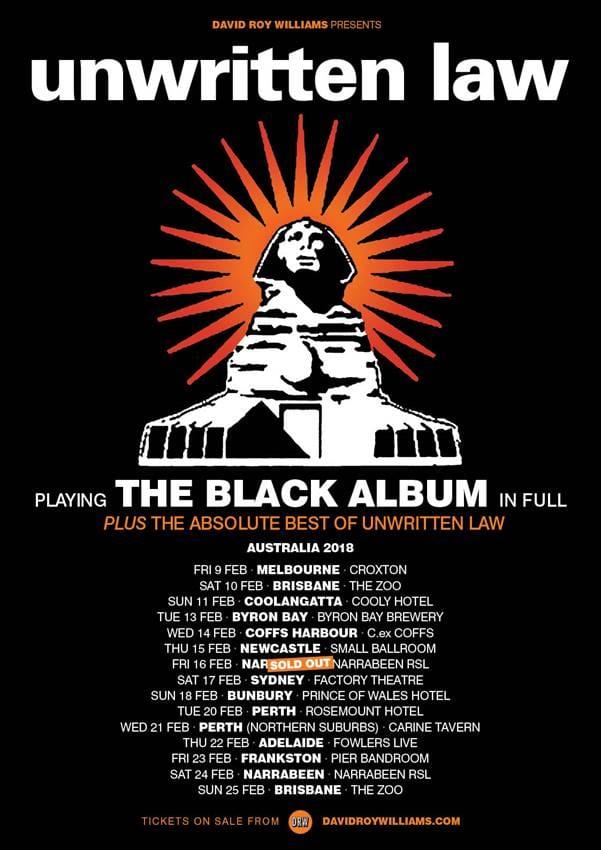 SoCal punk legends, UNWRITTEN LAW, are returning to Australia in February 2018 to perform their most celebrated record, The Black Album (officially “Unwritten Law”) in its entirety from start to finish.

UNWRITTEN LAW consider Australia be their 2nd home, so it’s fitting that they return to celebrate the 20th Anniversary of the album that rocketed their careers from the local San Diego scene in to the mainstream chart UNWRITTEN LAW helped paved the way for power pop punk’s success, and it was fitting that the band appeared on sophomore Vans Warped tour as well as the festival’s Australia debut.

UNWRITTEN LAW first erupted from Poway in California, establishing the foundations of the power pop-punk era that burst from the USA in the early 90s.  Although renowned for their ruthless punk energy and rock-solid quality song writing, it was Unwritten Law’s teeming and unrestrained live energy that earned them a permanent place on the melodic punk rock landscape.

Through frequent and tenacious touring, UNWRITTEN LAW have carved out an illustrious musical legacy, full of memorable anthems and live highlights.  Throughout the 90s and 00s, UNWRITTEN LAW gained a fierce reputation as both the stalwarts and force behind the scene, with multiple infamous rounds on the Warped Tour.

UNWRITTEN LAW packed venues out on their last Aussie tour. This is the only time you’ll get to experience The Black Album in full so don’t run the risk of missing out on tix to witness this most committed of great punk bands in all their hard-hitting glory. Summer, beer,UNWRITTEN LAW, and The Black Album – February aint gonna get much better than this!

Ticket to the show

Meet and Greet with Unwritten Law

Photo with the Artist on the fans own phone or camera