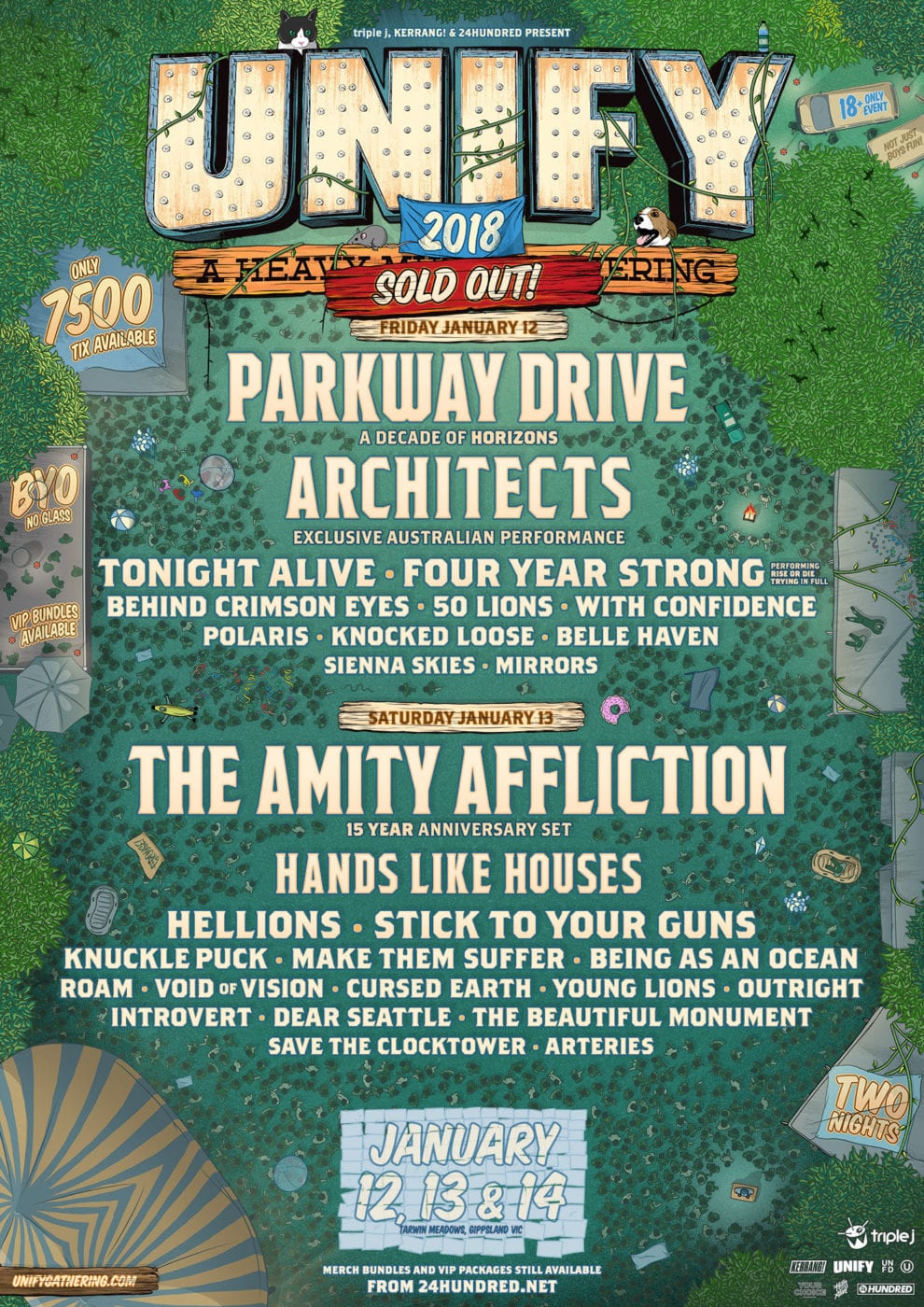 After being on sale for a mere five days, UNIFY 18 is officially sold out! This is the fourth year in a row the boutique heavy music festival has sold out well in advance of gates opening.

For those who missed out on tickets, UNIFY will launch an official re-sale platform in conjunction with Twickets this Friday, September 8.

Twickets is a fan-to-fan ticket resale platform where the price of tickets is never more than the original face value. It was set up to counter the profiteering resale sites which encourage ticket scalping.

It allows ticket holders who can no longer attend UNIFY to sell them on to other fans at no more than the price they originally paid. You can trade tickets securely through our service, with payment and delivery all agreed upfront.

Sellers sell for free, and buyers pay a standard booking fee of 10% of the sold for ticket price. Users must have a PayPal account to sell, and buyers can purchase with all major debit / credit cards as well as PayPal.

More information on how it works can be found here.

UNIFY will return in January 2018, featuring headline performances from THE AMITY AFFLICTION, PARKWAY DRIVE and ARCHITECTS as part of a 29-band lineup over two nights.

The fourth instalment of Australia’s only heavy music boutique camping festival will take place over two nights from January 12 to 13 at the wonderfully green pastures of Tarwin Lower in South Gippsland, Victoria.

UNIFY has been a smashing success since its inception with the festival selling out every last ticket in its first three years and can now add a fourth sell out to the mantle. The festival is a uniquely Australian event that takes pride in showcasing our scenic natural surroundings as well as the incredible heavy music output our country has become renown for.

In 2018, the UNIFY lineup features 22 Australian artists, including legacy sets from Parkway Drive and The Amity Affliction, as well as performances by the best heavy artists the country has to offer including Hands Like Houses, Hellions, Behind Crimson Eyes, Tonight Alive, With Confidence, Cursed Earth and stacks more. Joining the crème of the Australian crop will be international heavyweights Architects (UK), Four Year Strong (US), Stick To Your Guns (US), Knocked Loose (US), Being As An Ocean (US), Knuckle Puck (US) and Roam (UK).