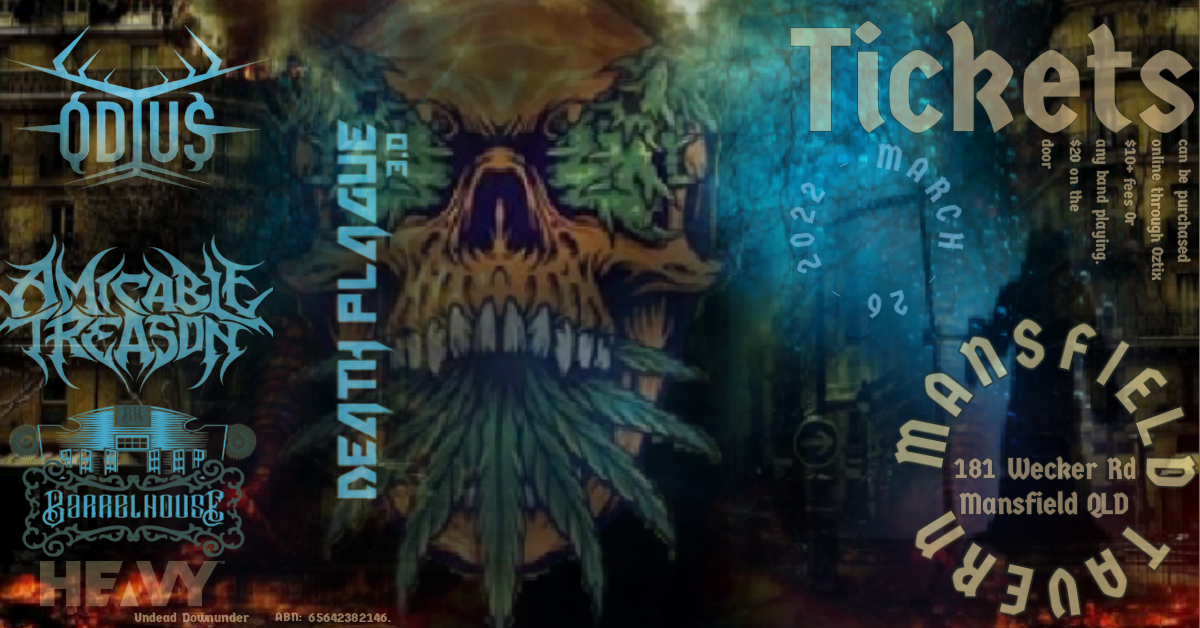 UnDead Downunder presents you with an evening of thrash, death, groove and swing metal courtesy of four of Brisbane’s finest and fastest rising acts.

On Saturday, March 26, 2022, the Mansfield Tavern will host Amicable Treason, Odius, Barrel House and Death Plague in a diverse bill that caters to metal lovers of all tastes.

Amicable Treason are a five piece thrash/death metal band from Brisbane, Australia. Merging sounds from genres such as thrash, groove and death metal, laced with influences from the old school heavyweights Exodus, Pantera and Cannibal Corpse to the new such as Machine Head, Lamb of God and Revocation, Amicable Treason are a punishing live band that guarantee to please.

Odius are a four-man wrecking thrash machine that are only now starting to realise their potential. With the recent release of their debut EP Ignorance Paid In Violence, Odius are looking to spread their old school thrash message to a wider audience and with shows in most states of Australia already locked in for the first half of 2022 will be battle ready by the time Undead DownUnder roars to life.

Swing and heavy metal aren’t two genres that are normally associated with each other, but damn it, together they just work. Barrel House continues on where Nescient ended: when three members of death metal band Nescient decided that with the new direction they were heading, it didn’t feel right continuing under their current name – so Barrel House was formed.

As with most things with substance, Sunshine Coast extreme groove metal outfit Death Plague started as a simple idea – to create passionate and relevant music to distract its members from the realities of everyday life and the many obstacles life places in front of us. Life can be broken down into two basic levels. You can either be in charge and dictate your direction, or you can become part of the machine and conform to expectations. The choice was simple for Death Plague, and the answer was music.

Four massive acts under one roof. Metal has never tasted so good!