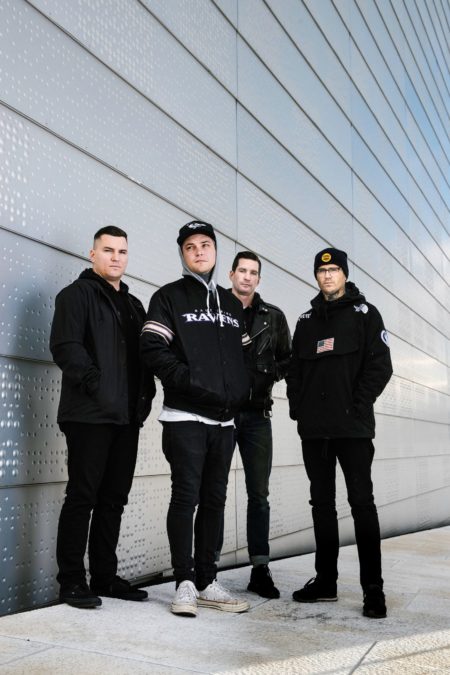 The Amity Affliction have today announced a new track Death Is All Around, as well as an EP Somewhere Beyond The Blue which will also be available as a limited edition 7” single from the official Amity Affliction store and currently available for pre-order here.

The title, Somewhere Beyond The Blue is an extrapolation from a message one of Ahren’s (vocals) close friends SK sent him not long before he sadly took his own life, “I’ll be in space.” The EP, will include Death Is All Around as well as the previous two singles Like Love and Give Up The Ghost the band have released recently.

Death Is All Around was heavily influenced by everything that has gone on globally over the last 2 years.  “We’re deep into a pandemic that won’t go away” says the band, “with lockdowns still happening here in Australia and no touring in sight, it’s a hopeless situation and one that inspired the lyrics in this song.”

The Amity Affliction will also be touring Australia in 2022. See below for tour dates, tickets on sale now at: https://theamityaffliction.net/