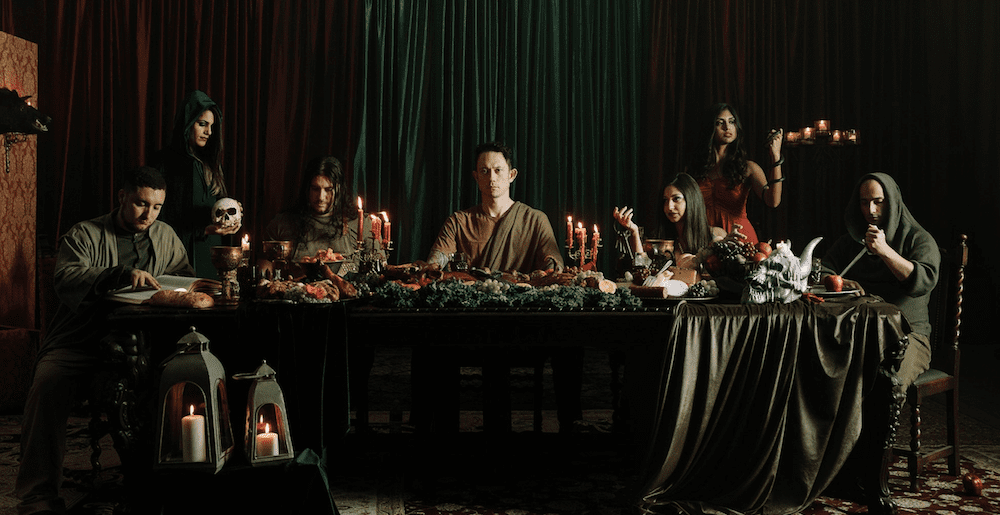 Listen to the Interview with Matt Heafy of Trivium

Interview with Matt Heafy of Trivium

Sitting down to chat to Matt Heafy from Trivium is a weird experience for me. I can remember like it was yesterday interviewing him just before their first album, Ember To Inferno, came out in 2003. Now it is fourteen years later and Matt is keen to talk about the band’s eighth studio album, The Sin And The Sentence, which is due out on October 20th.

Matt is no longer the nervous youngster I interviewed back then, well he’s not a youngster but he is nervous due to the fact that this is the first album back with his screaming vocals after blowing out his voice a couple of years ago.

“It’s been unreal,” says Matt as we reflect on what it has been like being a member of Trivium for the past fourteen years. “It still is unreal, like even right now I can’t believe that somebody from another country is talking to me about my band. We have reality checks every now and then where we realise that we are very lucky and what it is is that when I was twelve years old I heard metal for the first time in my life and  I knew that was what I wanted to do – this is what I want to do in my life and I want to be in the kind of band that kicks ass in the music world. This band is all I’ve ever known and I still work at it daily – I’m always playing the guitar and I’m always screaming – I am addicted to being over-prepared so I am always practising. As you get to see it is working a little bit now.”

Like a lot of different musicians before him, Matt says he knows what the first metal was that he listened to that set him on his path. “Absolutely it was the Black album by Metallica,” he says. “I’d never heard metal before, I heard that and I was like this is what I need to do with my life. At that point, I’d never heard metal before I was always listening to radio rock and pop punk. When I was about eleven or twelve I tried out for a band, a pop-punk band, and I thought I was good, I thought I had nailed it but I never got the callback and I was all bummed out and then someone lent me this all black CD from a band called Metallica. Having never heard metal before I said ‘this is the kind of music that I want to make’. Then by default I was emulating it by practising all the time and then I got good enough to play stuff, so it was by default I got better by playing it over and over.”

As we talk about how long Trivium have been together as a band Matt says, “It has to be the unity of this band. I mean I know we had line-up changes but we have never changed the core of this band – Paolo, Corey and myself have always been there. I am so fortunate to have guys that are as driven and as crazy as I am, and what I mean by that is that is that we are all as addicted to being as good as we can be. We all practice relentlessly and when we went in to make this record we were so prepared I would say that we were over-prepared and I think that is a good thing, that is what we like to do, we like to practice too much because we want to be the best that we can be. The way that I live my life is, like take my vocals, for example, I know that I will never be as good as Bruce Dickenson or James Dio or Freddie Mercury, they are the greatest singers of all time in my opinion and I know that I will never be as good as them but I’m going to work as hard as I can every day to try and be as good as them even though I know that will never happen. So we work towards perfection knowing that perfection is impossible. I can’t speak for Paolo or Corey but for myself my days are very regimented so I wake up every day at 7.20am, because we have a diabetic dog so we give our dog her shots and her prescription food and if it is Monday through Friday when 9.30am hits I have an hour-long vocal warm-up and then guitar warm-ups and vocal warm-ups while I am watching competition jujitsu videos. SO I do three things at once. Then I do ten minutes of full singing and then I’ll do weights, yoga and jujitsu. I’ll come home and then it is time to sing again, so I’ll warm up for five to fifteen minutes and then I’ll do another hour to two hours of singing. Then do some guitar work, a vocal cool-down and then I have the rest of the day. Then when we are in town rehearsing I don’t do that extra hour of singing I go in and rehearse instead. All of us live that, we practice tonnes individually and then when we are together as a band we do a lot of practice as well.”

When talk turns to The Sin And The Sentence Matt admits the band wanted to do something special this time around. “When we first started talking about this album we said we had to do the best album we have ever made or what is the point,” he says. “How long can we survive if we don’t make something that is the best? We can do another shift in direction but if we don’t create the best songs we have ever made then how can we keep on going doing what we do. So we set that impossible high bar and then we went for it and thankfully in my opinion we have made the best album that we have ever made. Going into the album though we said we wanted to make the kind of music that we want to hear as fans of metal but we weren’t going to think ‘are people going to like this or are people going to dislike this?’ We just wanted to make the kind of music that we wanted to listen to. I guess that could sound selfish but that takes a band’s mentality back to where they first started. When we first made our first album we had no fans, nobody cared about the band so we just made what we wanted to make. Being in that headspace, making what we want to make and being in that room together as a band before anybody ever touched anything I think that made us more like Trivium than what we have sounded for a long time.”

Part of getting back to that Trivium sound was for Matt to work on getting his vocals back healthy and he spent time talking to me about what actually happened with his vocals. “I blew my voice out in 2014 towards the end of the Vengeance Falls cycle,” he explains. “When I got home and started seeing the doctors and started training with Ron Anderson we determined that I had been screaming incorrectly for my whole entire career and even singing incorrectly as well. So I had to re-learn how to sing entirely and the only way you do that is by making a lifestyle change and treating it like an athlete would and working on it day in and day out. You have to instil those kinds of patterns in your life in order to re-build something into something new. I’ve built it into that place where I could do some of the best singing that I could ever do but we never knew if I would ever be able to scream again. Luckily Silence In The Sun didn’t need that but I still didn’t know if I would ever be able to scream again. I started to re-learn how to scream with a different technique, but even two weeks before our last tour I still didn’t feel like I had it the way that I have it now. But I’m still learning new things as I go.”

The Sin And The Sentence is out through Roadrunner Records on October 20th.

PrevPrevious.Jason Bonham on Led Zeppelin and His Father
Next.It’s a “Happy Death Day” with Jason BlumNext