Jason Bonham on Led Zeppelin and His Father 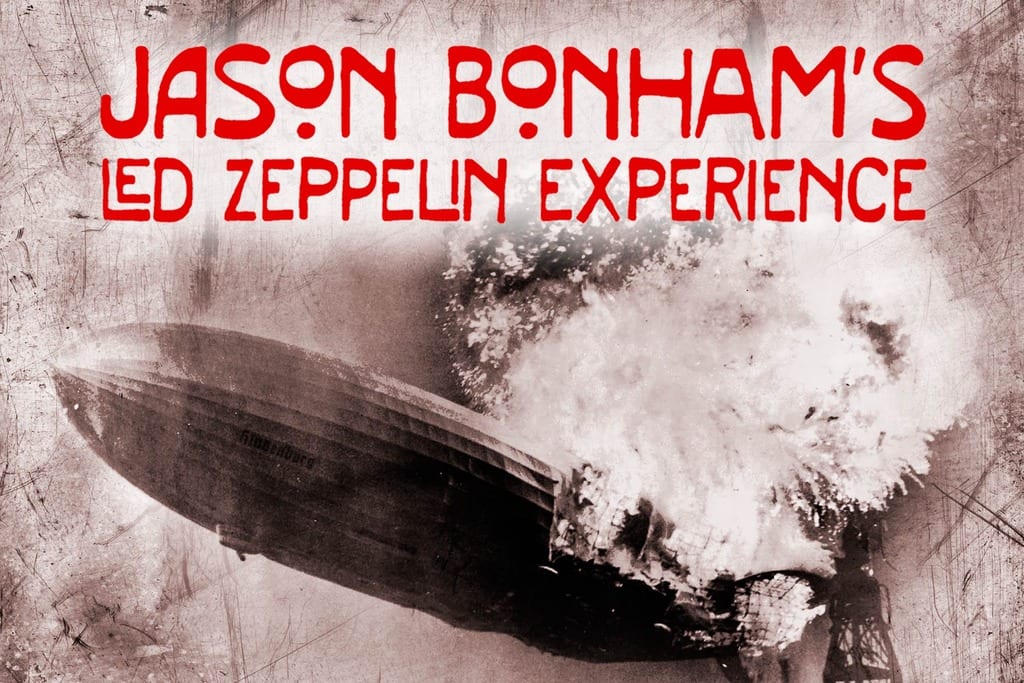 Listen to the Jason Bonham Interview

An Interview with Jason Bonham

The name Jason Bonham is a name that most rock fans would certainly know. His father is the late John Bonham, the famous drummer from Lep Zeppelin and Jason has certainly followed in his footsteps. Bonham first appeared drumming with his father at the age of four in the film The Song Remains The Same before then playing the skins for bands like Airrace and Virginia Wolf.

Then in 1988, Jimmy Page asked Jason to play on his Outrider album before later that year Jason truly followed in his father’s footsteps and played with the surviving members of Led Zeppelin in New York City. Since then Jason has played with a number of other bands, has played at other Led Zeppelin reunions and has now formed his own project – The Jason Bonham Led Zeppelin Experience which is a tribute to his father’s music. With The Experience about to come Down Under Heavy Mag caught up with Jason to talk about his wonderful career to date.

“In the early years I didn’t know,” says Jason when I ask him what it was like growing up with rock royalty as a father. “It was only when I reached my own adult life and then looked back that I realised that things were different. I looked back and thought ‘oh my childhood wasn’t so normal after all.’ Back then it all seemed normal but then when I looked back I realised that some of my school friends didn’t have private planes in their family. Other than that it was a very real and family-orientated family, just with a little bit of drinking and music thrown in.”

When it comes to his own career as a musician though Jason admits it was always in his blood. “From photos and pictures that I’ve looked it I must have started drumming when I was about four or five,” he says. “Most of the time people would put music on from a jukebox and I would play along with it, then when I was about 11 I got into dirt bikes and that took over as my number one thing daily and then when I was about 16 or 17 I decided that I wanted to do this (drumming) professionally and by the time I was 17 I was out on the road and opening up for bands like AC/DC and Queen and was travelling all over the world, which I am still doing. I must have done something right.”

So was there ever a chance that he wouldn’t have become a drummer? “I don’t want this to sound bad but I’m not sure if I would have if Dad hadn’t of died,” he admits. “To be honest if he were still alive I don’t know if I could have taken that much criticism from the old man. I often wonder what it would have been – would it have been critical, would it have been praise, would we have got on? There are so many questions that I would have liked to ask him. I think we would have had things in common aside from music but I do feel a closeness when I’m playing things that he accomplished so I will just keep playing.”

Jason also confesses that he was a kid he was ‘into’ his Dad’s music all that much, he certainly didn’t get excited whenever Led Zeppelin had a new single out. “I wasn’t really into it, to be honest with you,” he says. “As a kid, I didn’t get it. I was way too close to it and I just didn’t get it. I was proud of him as a player but the first band that I really got into was The Police. I loved Stuart Copeland as a drummer and Sting, I remember as a 12-year-old playing it and saying to Dad ‘This is the way of the future.’”

He admits that around the time when he was first asked to play with Led Zeppelin he was also looking for that kind of praise from the rest of the band something that was helped when he was asked to play with Jimmy Page. “It was always fun to play but like anybody, I wanted to know there was some praise from the rest of the guys in the band as well. Later on when I was asked by Mr Page to be his drummer on his only solo tour now in 1988 and to play on his solo album Outrider, so I felt pretty confident after that, because when somebody like that hires you-you feel good. So when they asked me to do the Zeppelin reunion in ’88 I felt okay. I mean I’m not happy with the performance or the standard of the performance back then and I’m very pleased that I got to rekindle that and got to do it again, because not a lot of people get the chance to play more than once with Led Zeppelin, but whenever I get to play with them it feels like a dream come true. It’s a huge amount of pressure but you just have to deal with it. I’ve learnt that the key to that is switching off the Internet. The internet can be a very cruel thing if you read everything, but you don’t need everybody’s approval just play the best you can, that’s all you can do. For some reason with the internet, you never take any notice of the kind things you just read the criticism.”

Jason is also quick to admit that it was the Led Zeppelin reunion in 2007 that sparked his interest in wanting to start The Jason Bonham Led Zeppelin Experience. “I started it after the O2 and the reunion in 2007,” he says. “In 2008 I was playing with James Dylan and we were looking to do another project together, we weren’t sure what we were going to do but we knew we wanted to do something together and then I realised that when the reunion stopped it was the hardest thing in the world because that drum seat is the greatest thing in the world, to be in that band is a phenomenal feeling, you can’t really describe it regardless of whether your Dad was in the band or not, it’s just one of the greatest experiences to be in that seat and playing those songs, it’s a dream come true. So what I wanted to do afterwards was, and I never thought I would ever do a project like this, to keep playing the music and it was supposed to be in a very small way – it was literally just going to be a bar band that played Zeppelin songs – but it just naturally grew and grew, but I still find playing to six or seven thousand people of our own a little strange, to be honest. You have to be a band though, you can’t just come in and play the notes, you have to love it as much as each one of us does.”

With such a vast Led Zeppelin back catalogue to choose from I just had to ask Jason how they go about deciding what tracks they will play each night. “Deciding is the hardest part because you never want to leave anything out,” he admits. “I remember the first time that we did it we played for nearly four hours because we just didn’t want to leave anything out. There were so many sides to the band – the acoustic side, the blues side – there are so many great songs we can play. We even do some of the B-Sides. If it is a big song and we aren’t going to do it well then we won’t do it because I am very critical when it comes to that. But the songs that we do I think we do them well.”

The Jason Bonham Led Zeppelin Experience will be in Australian on tour in January 2018.