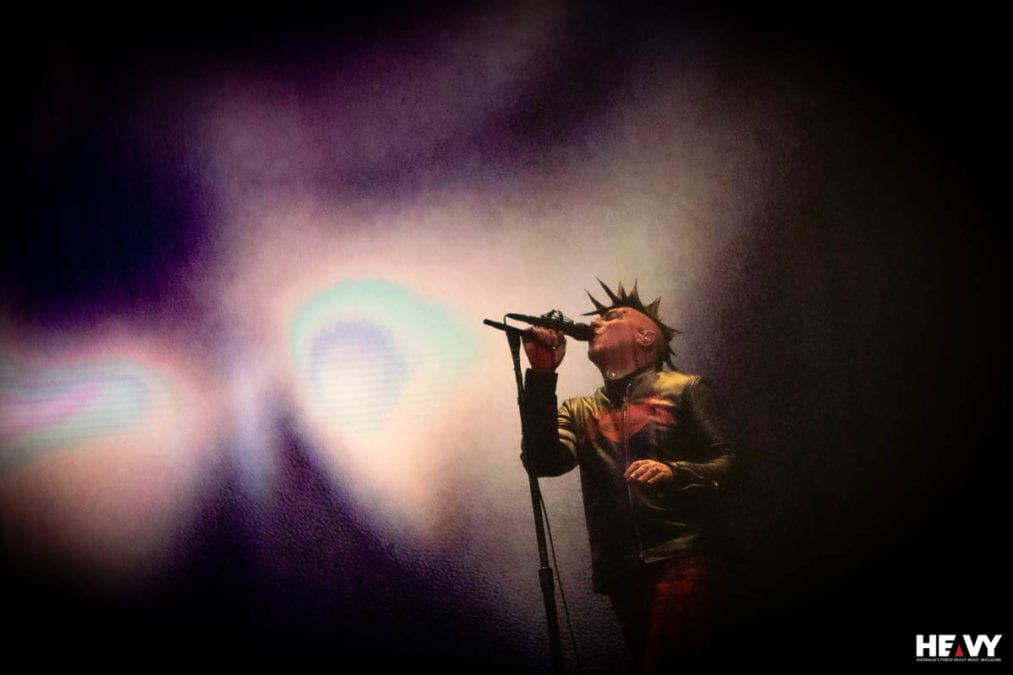 Now some people will probably read this and think – ‘oh he isn’t a real Tool fan.’ No, not the case at all. I spent many an hour at the battle zone that was known as my High School with my headphones on listening to my Undertow and AEnima cassettes (yes I am that old) on my Walkman (yes, again I am that old).

Now to get to my point – I was expecting something very different from the stock standard concert experience when I went to Tool last night, but I think I got something very different to even what I was expecting. The music was great… actually the music was brilliant… but for most of the night, it felt that the band were disconnected from their audience and it seemed to show with the audience that was there.

When we filed it the stadium it was hard to miss the huge see-through curtain that completely covered the front of the stage. As Adam Jones and Justin Chancellor strolled onto the stage and started an eerie opening to ‘Fear Inoculum’ the curtain remained… no problem it added to the atmosphere of the drawn-out prog we were listening to. Then Danny Carey began his work and still the curtain remained, then came the man himself Maynard James Keenan but the curtain remained, then it remained for songs like ‘AEnema,’ ‘The Patient’ and ‘Parabola.’

Maybe it was just for me but with the curtain down for so long it felt like I was disconnected from the band. I was loving the music but at the same time I was getting that connection with the band that I normally get when watching a live show. I loved watching the images that was being able to be projected onto the curtain but I think I would trade that any day of the week for that connection that I love so much. Adding to that was the fact that Keenan was positioned at the back of the stage, even further back than the drums, and normally not lit up. On one hand, I like the ‘voice from the dark’ concept as it puts the focus on the rest of the band and not just the singer but at the same time, it also made me feel a little off.

On the night someone defended it by saying ‘that’s just Tool they hate the scene.’ I can accept that but at the same time, they enjoy the scene enough to take the cash of the people turning up to watching the show. And, I don’t think I was the only one feeling the disconnection as people from our row seemed to be constantly getting up to take toilet breaks and grab more drinks, I think I stood up for people more times last night then I did in a whole year of shows at Rod Laver last year. Oh, and you should have heard the roar from the audience when the damn curtain was finally raised.

Okay, that is negative out of the way – now let’s get to the positives. Tool was bloody amazing!!! Musically, this is a band at the top of their game. There were times last night when I closed my eyes and let the music just carry me off as Jones and Chancellor’s magic figures delivered amazing pieces of music that shows why Tool are one of the greats. As they mixed and matched what they did along with some very experimental work from Carey on tracks like ‘Chocolate Chip Trip.’ I realised that when it comes to prog Tool are well and truly up there with the greats of the genre like The Butterfly Effect and Pink Floyd.

Aside from that proggy style that I love so much nobody matches Tool when they get to their more gritty music either. That guttural bass of Chancellor takes over and it is like the crowd goes into a trance as the amazing light and visual show combine to go to a whole new level. Add that to the crowd reaction to a track like ‘Stinkfist’ and yes despite some of the negatives something magical happened last night.

I know it sounds weird to say that last night was a great concert after I whined about some negatives, but believe me, it was. Trust me if the music hadn’t been so out of this world I would have left in a bad mood due to the amount of sitting and standing thanks to the weak bladders in my row, but that certainly wasn’t the case – instead I left in awe of a band that made my teenage years bearable… thanks guys. 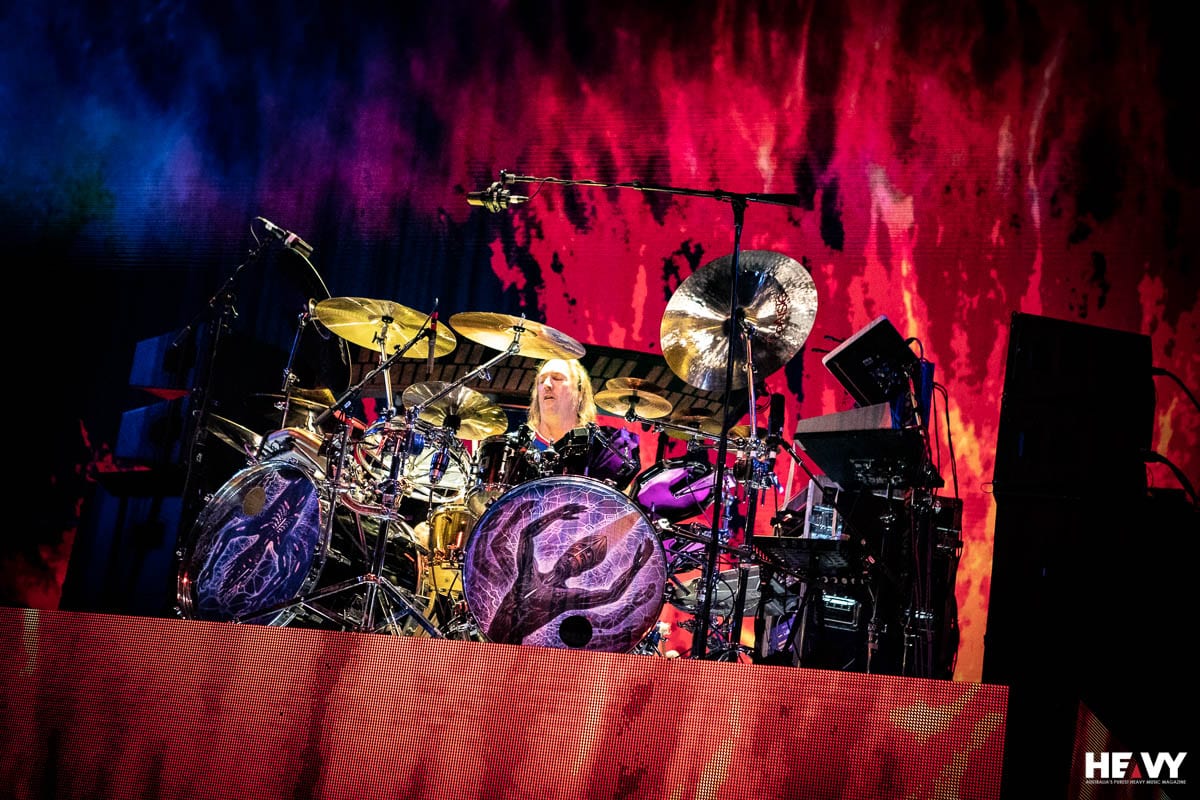 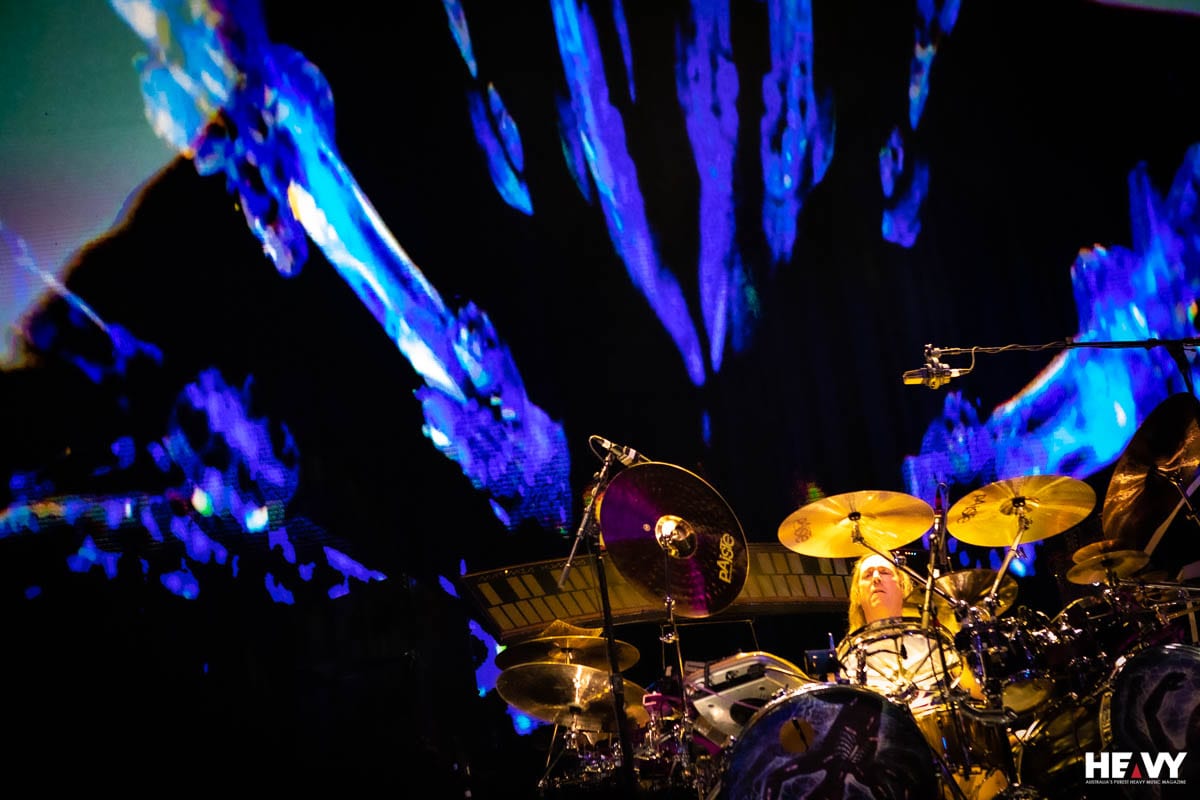 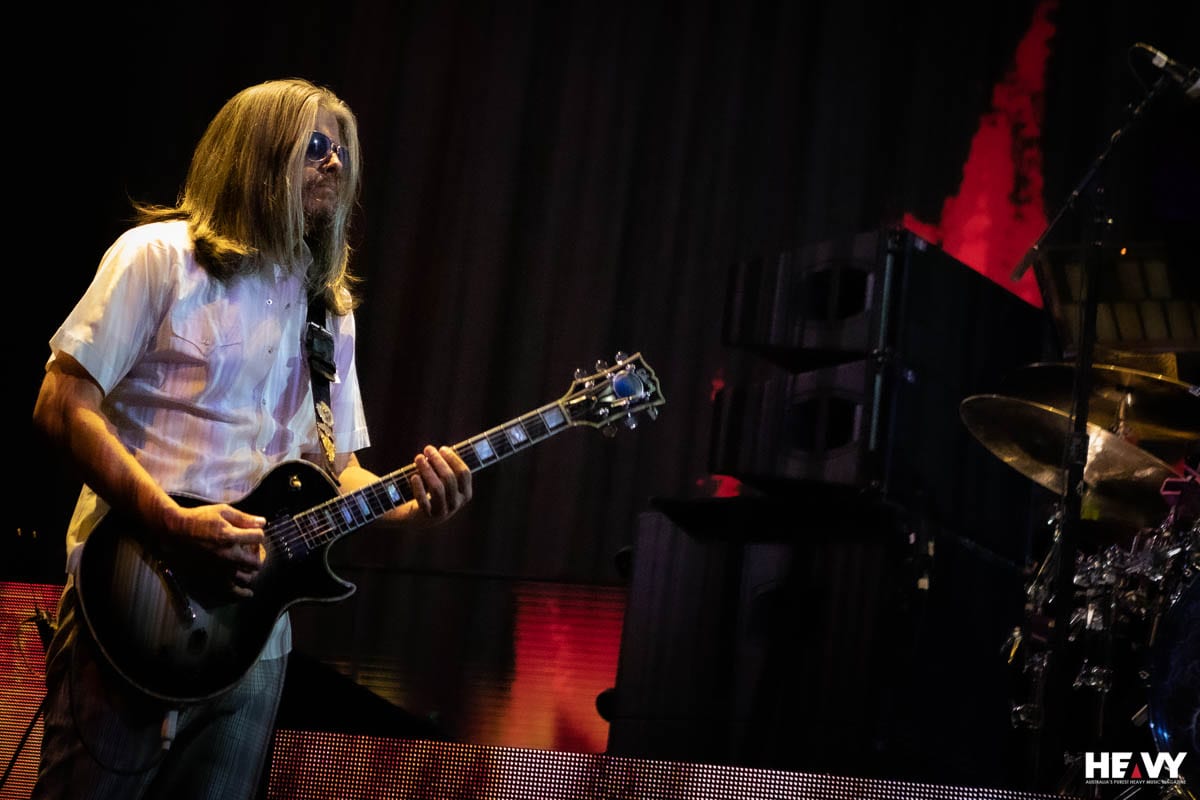 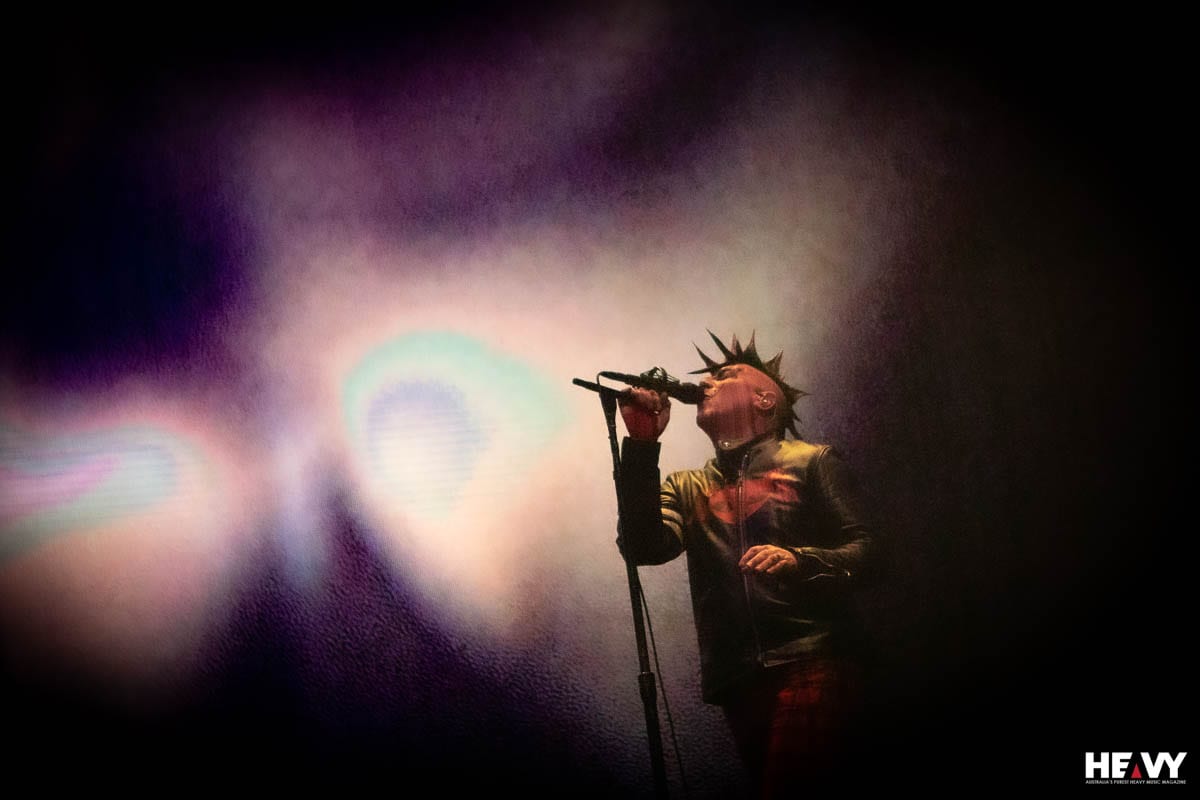 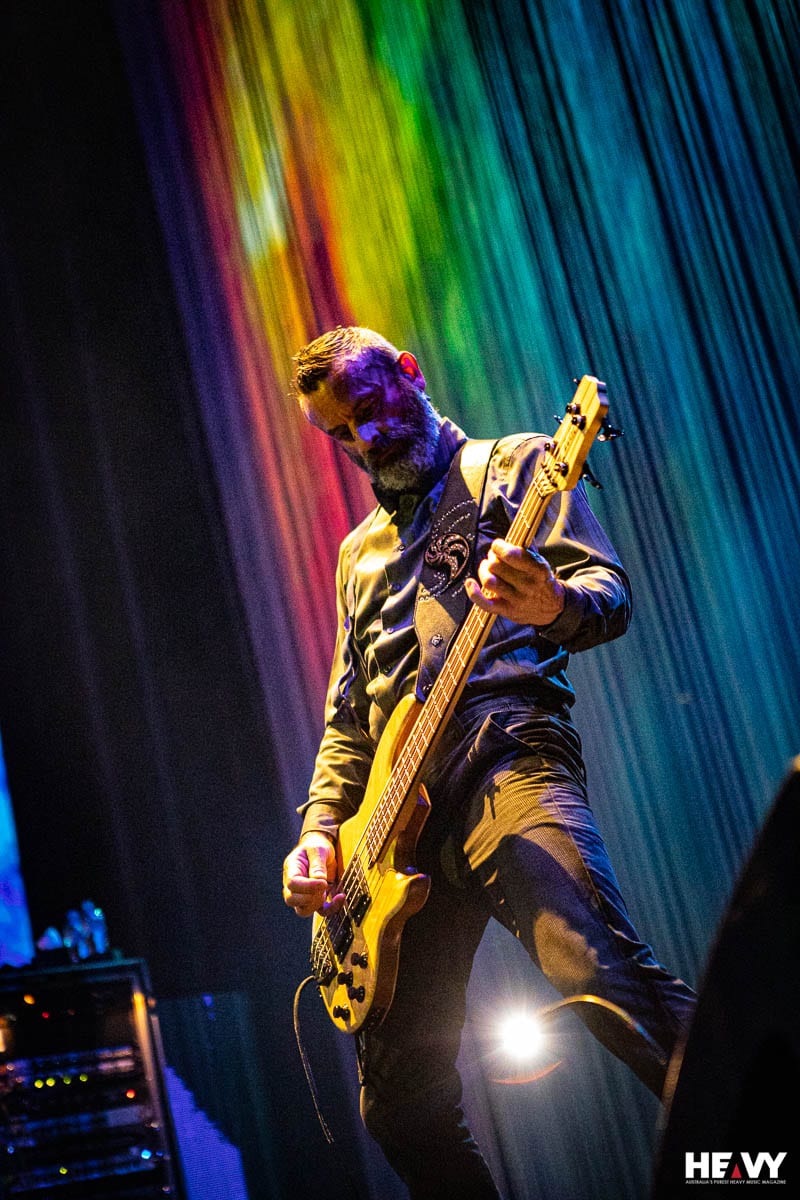 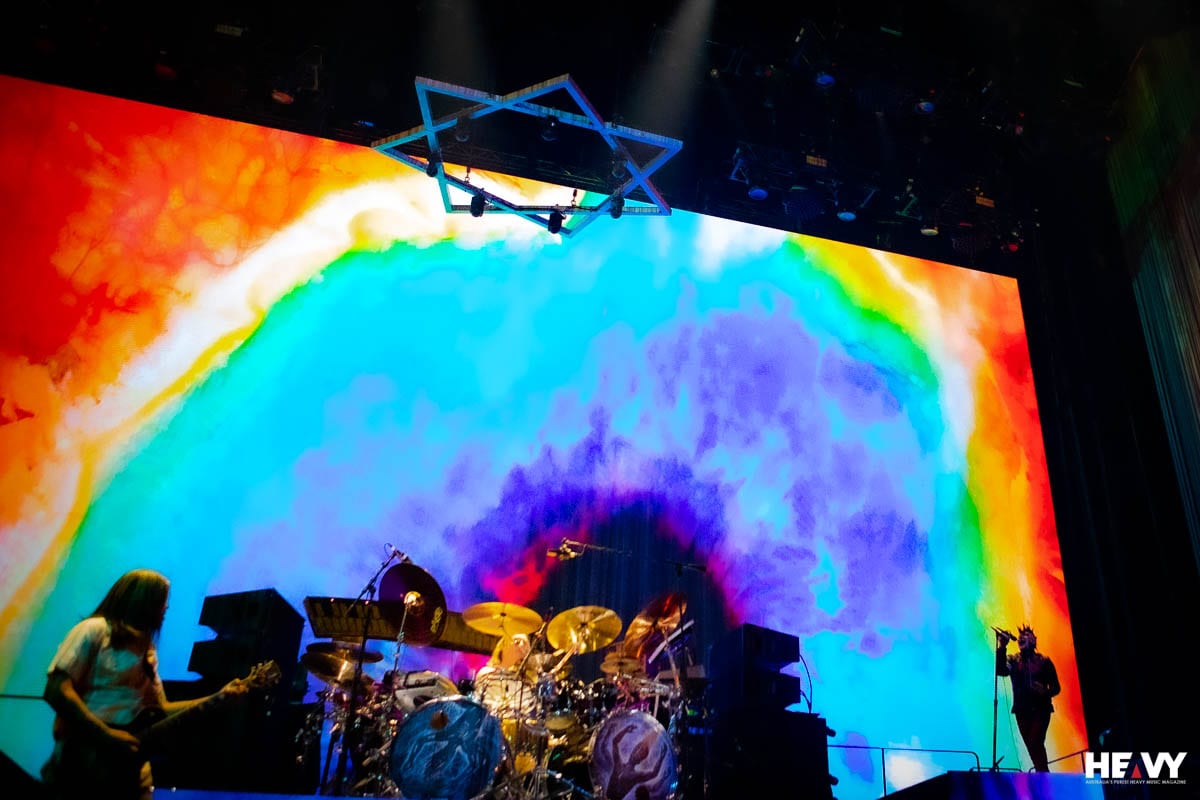 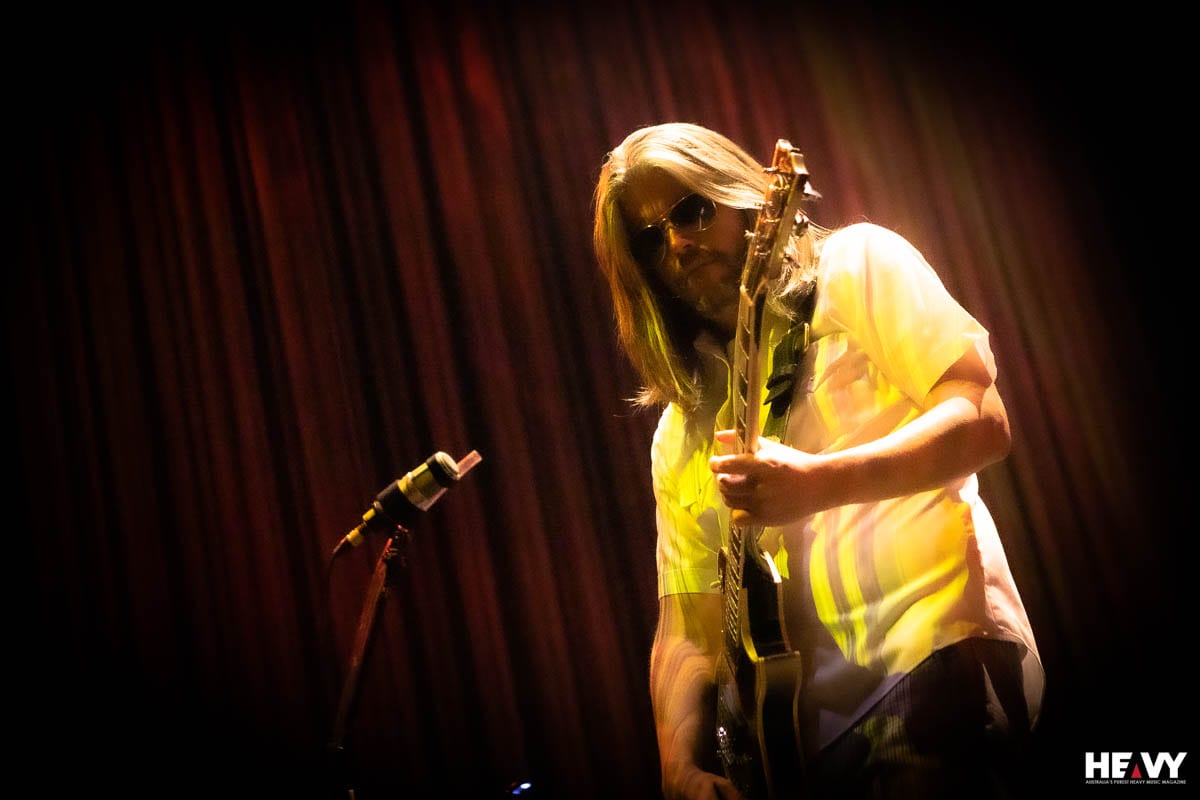 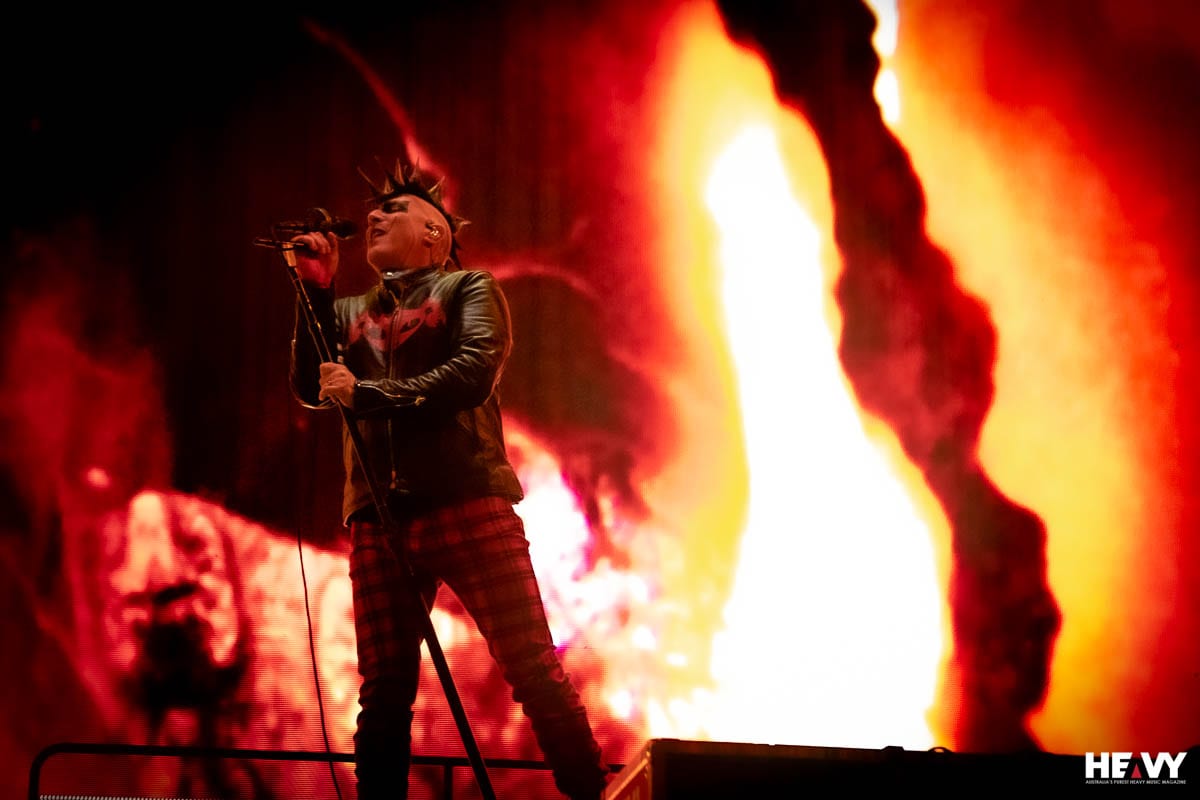 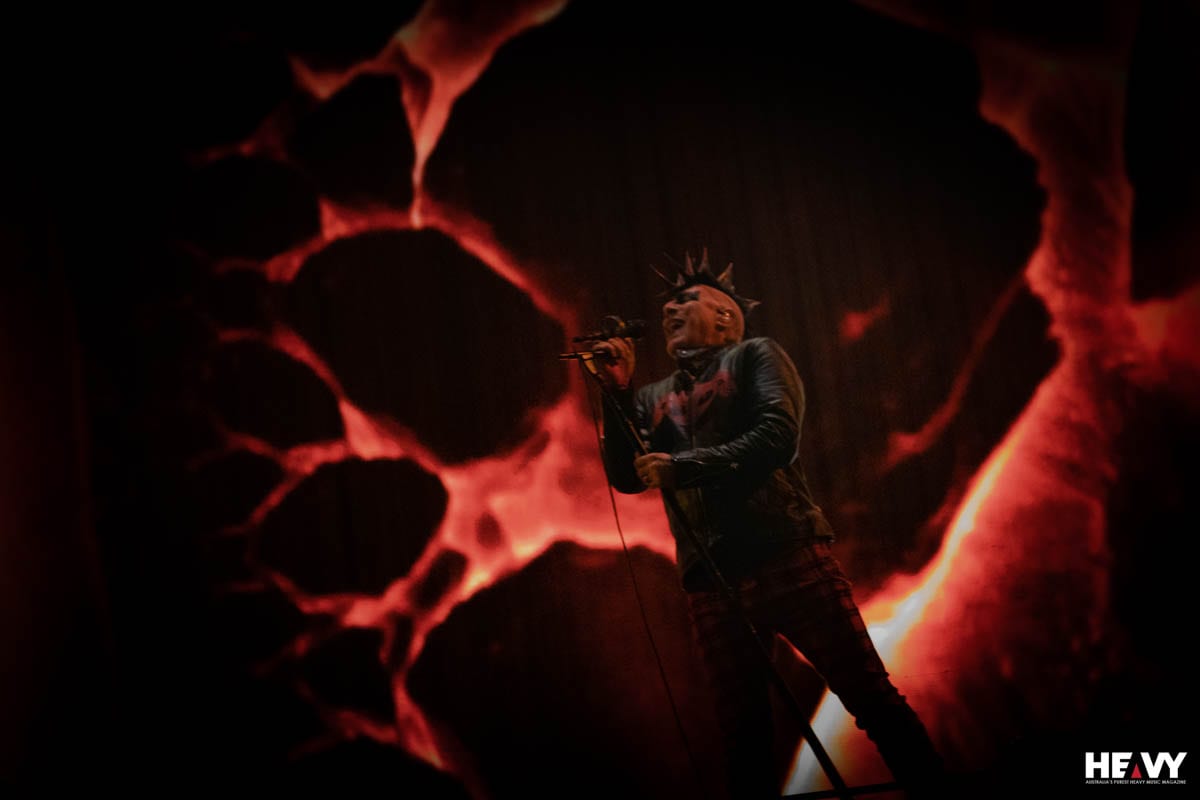 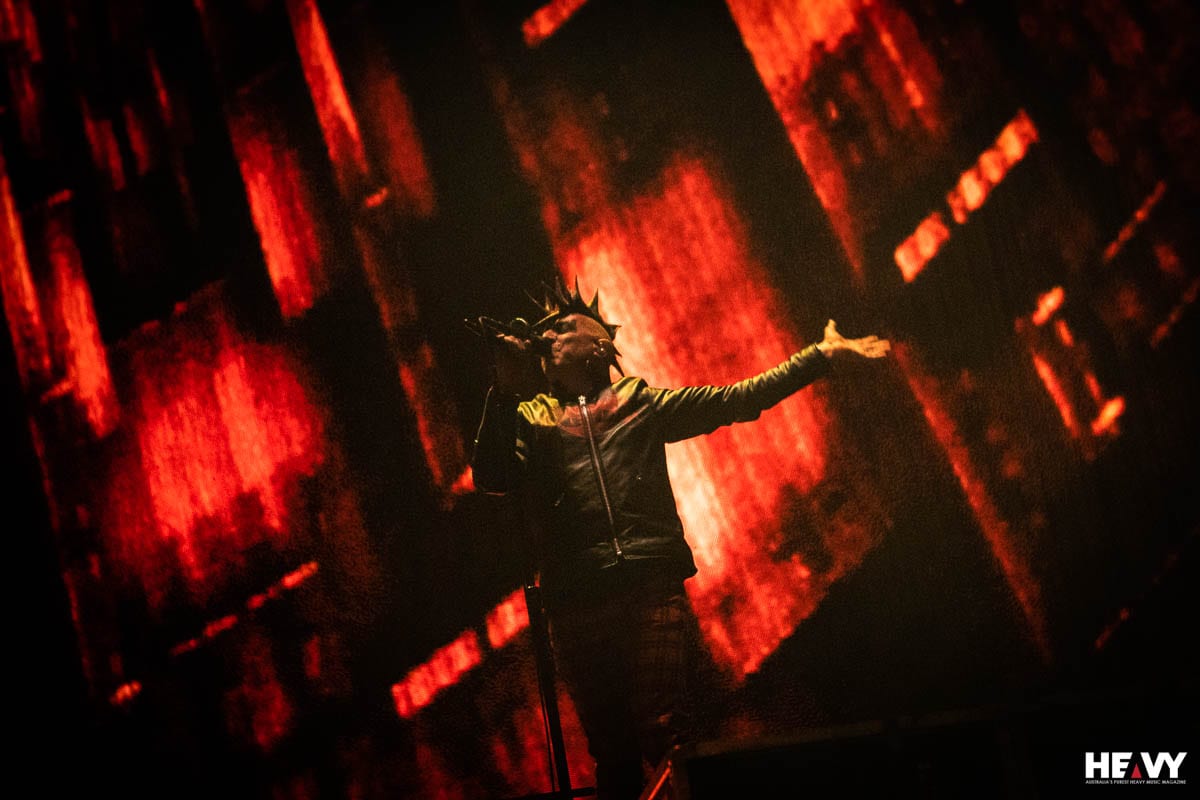 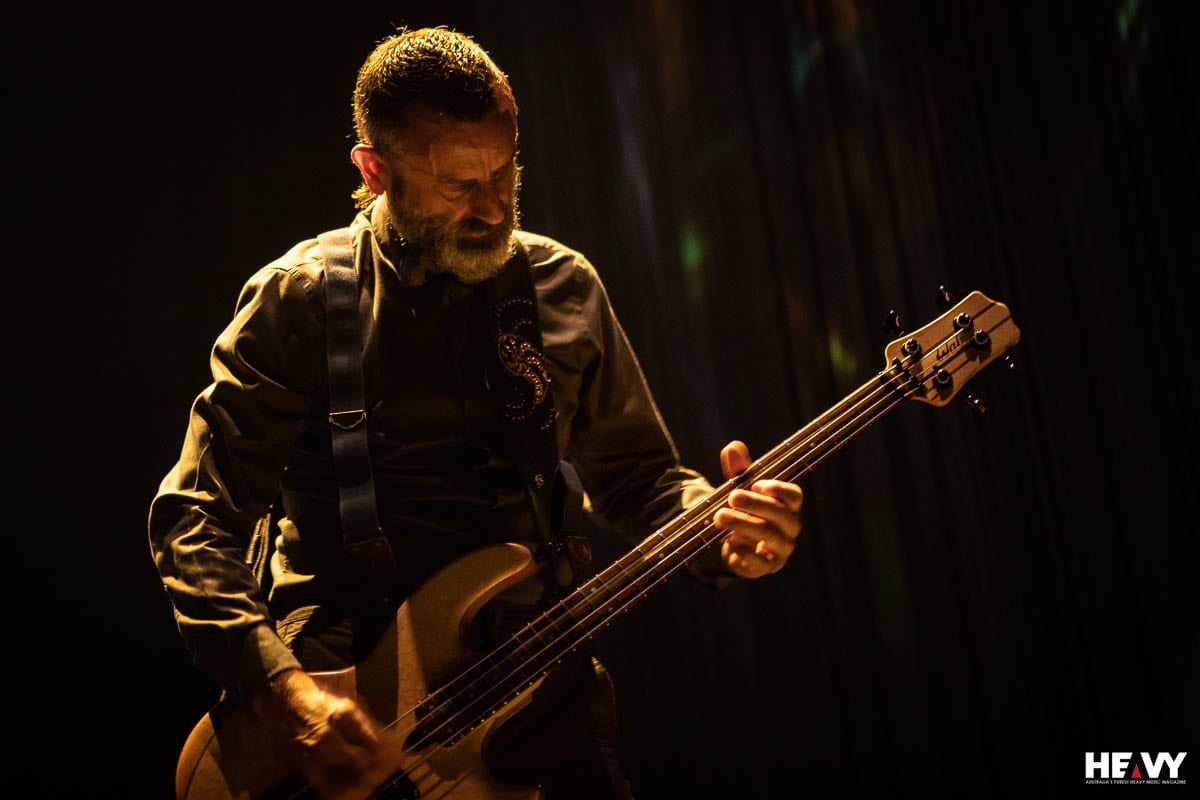 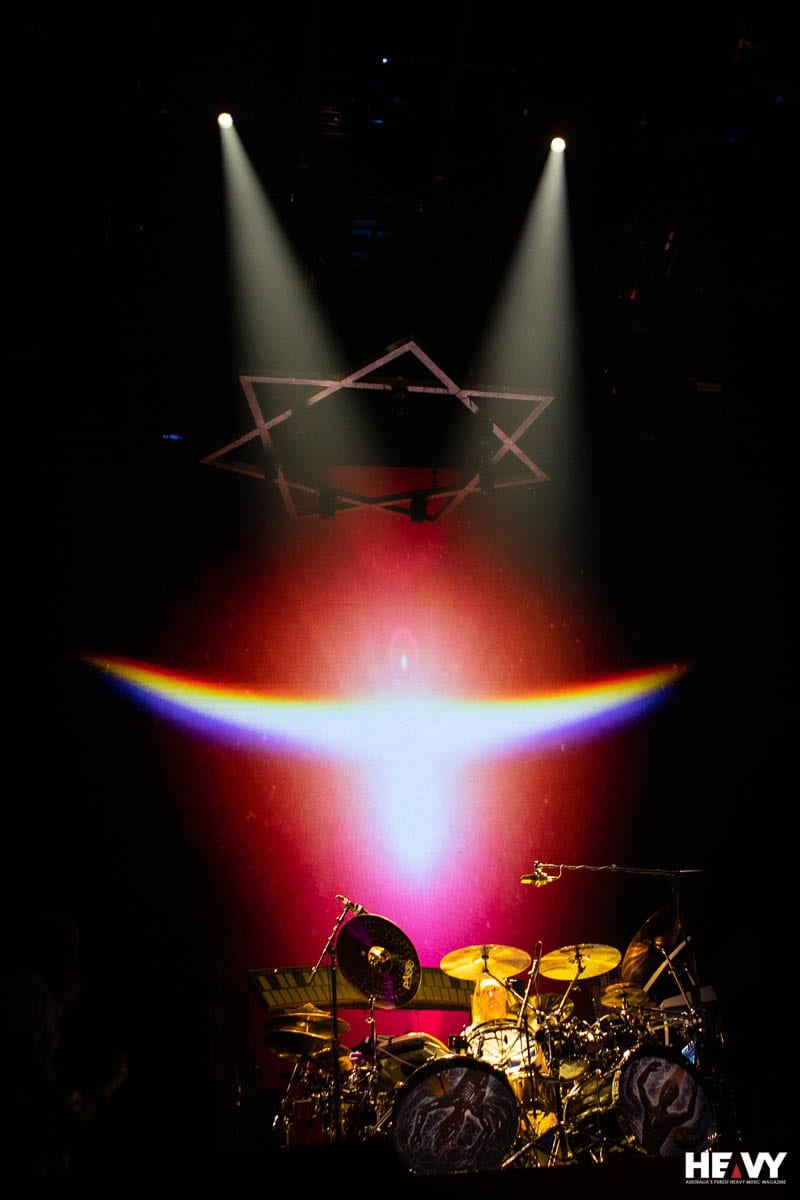 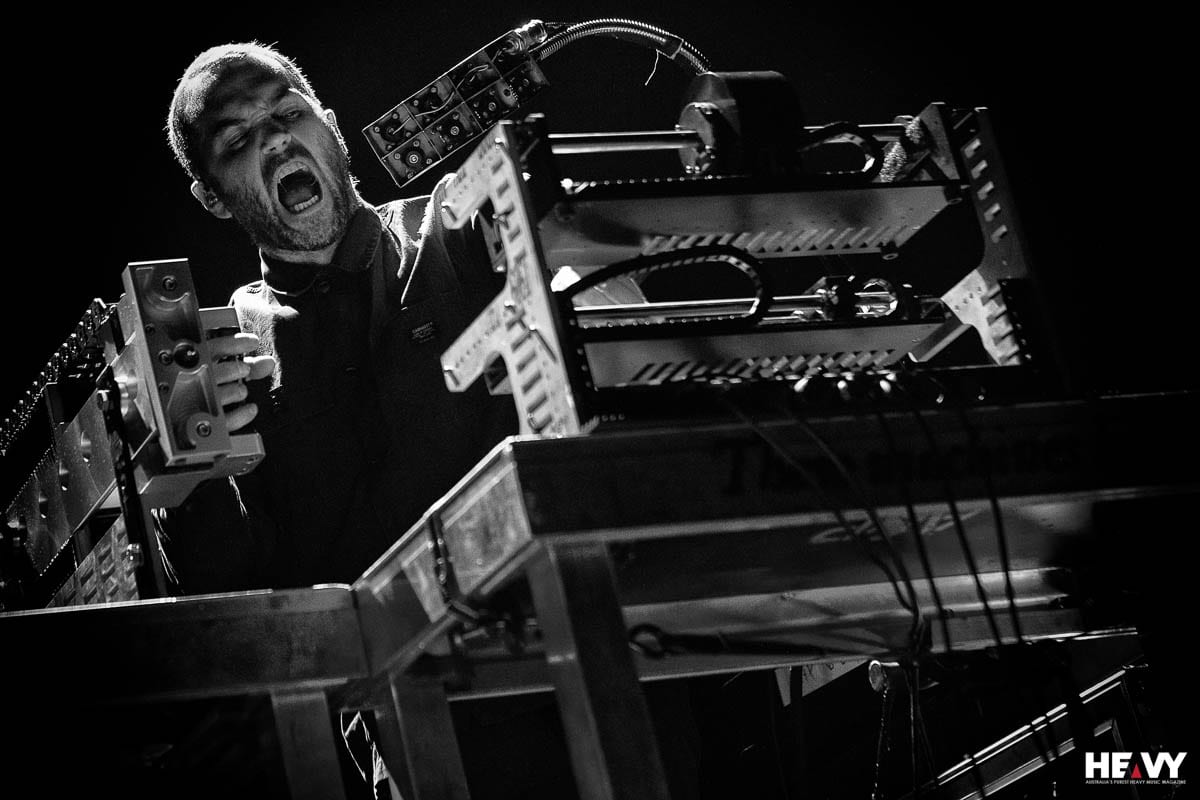 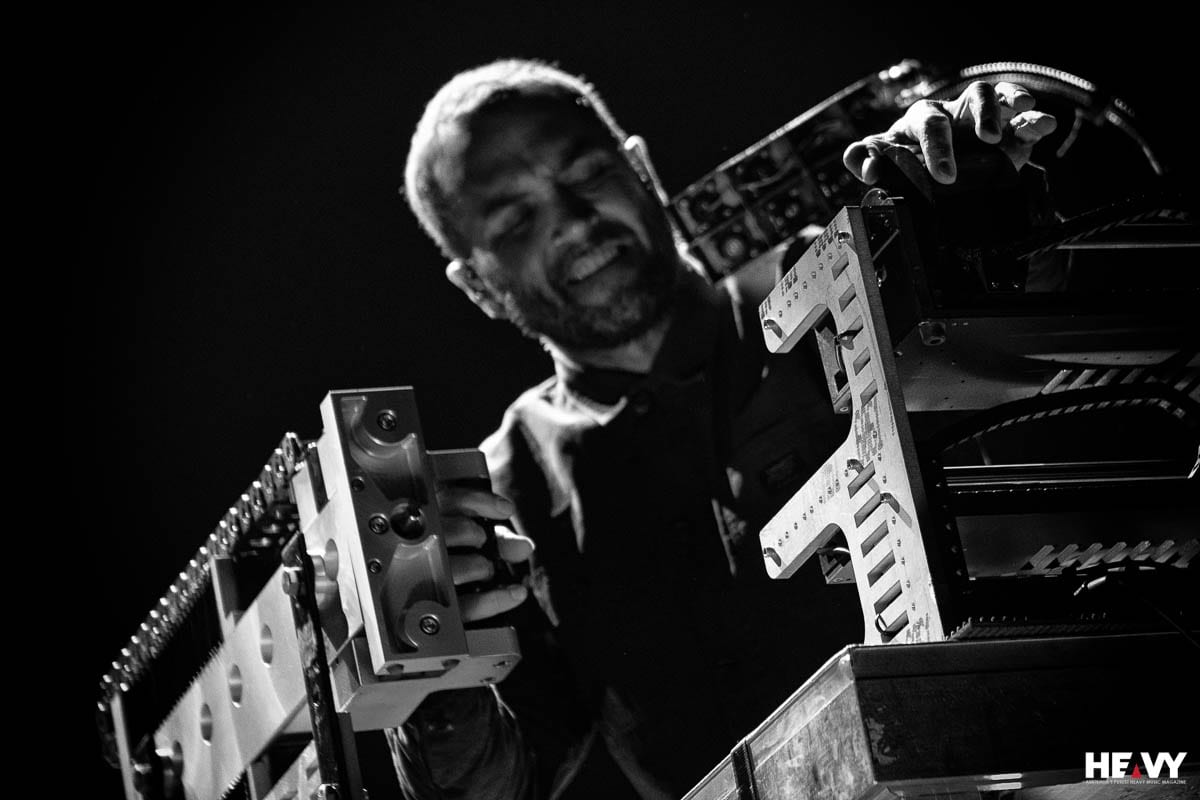