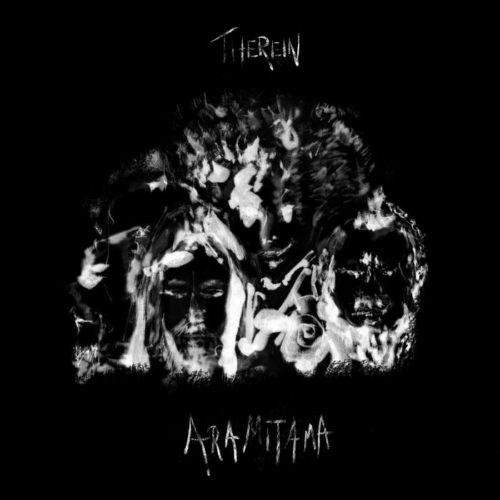 With the many albums that come across my desk rarely do I listen to one as audacious and daring – especially for a sophomore offering – than Aramitama from Brisbane progressive/thrash/stoner/all-kinds-of-metal-you-can-think-of outfit Therein.

This collection of 12 songs is perhaps one of the most haphazard and eclectic collections of songs put together in a long time, and while most bands would suffer for this almost disjointed delivery, Therein thrive and prosper, obviously content with being a band difficult to categorize while still remaining true to their musical persona.

The instrumental, acoustic-based “To Better Times” kicks off proceedings, at times threatening to explode into something ferocious while constantly maintaining an underlying sense of foreboding. The Blair Witch style ending only hints at the impending carnage to follow…

If you have never heard Therein before then take a listen to the albums second track “Abeyance” for a complete introduction in nine minutes and seven seconds. The track begins with down-tuned guitar before reverting to a laid back funk style that leads into a Mars Volta style insane breakdown before going through the same cycle with the addition of flamenco style guitar trappings which give way to thrash undertones and spacey noises that end with a funk/metal jive. Sound confusing?

Well, it isn’t. That one song is a sonic journey through the abstract mind and personality of Therein, and particularly frontman Cameron Whelan who takes on a variety of roles musically throughout the album.

There are rock numbers like “Furry Lil’ Demons” that still manage to somehow veer off course in musical tangents and an almost Balkan/metal love child with “Spock” and then there’s the almost death metal leanings of “Divide” and “The Crawling Chaos”.

The fact that the first vocals on the album don’t come in until one minute into the third song means little as this album is all about the journey rather than the conclusion. At times it feels as though you are being set up for a murder you didn’t commit, such is the music’s ability to draw you in then push you away with reckless abandon, creating a sense of uneasiness difficult to replicate by song.

“Wrong Dunn Blues” is by no means a blues track per se. While having elements of the genre that started it all, Therein have also managed to blend in down-tuned guitar and enough variety to pay homage to the blues while not replicating it entirely. About halfway through the song briefly pauses before kicking back into gear with an instantly recognizable blues/rock tune that is given the Therein treatment to devastating effect. I know I will never hear that particular song the same way again.

Album closer “Piece of Shit”, with its jazz intro and rock and roll sensibilities complete with harmonious interludes is also the one defining song of Therein and this album.

Music is meant to be enjoyed on a variety of levels and mediums and in the modern age where much of the music released adheres to set formulas and guidelines, it is refreshing to get a dose of reality and imperfection.

Therein have that in abundance.