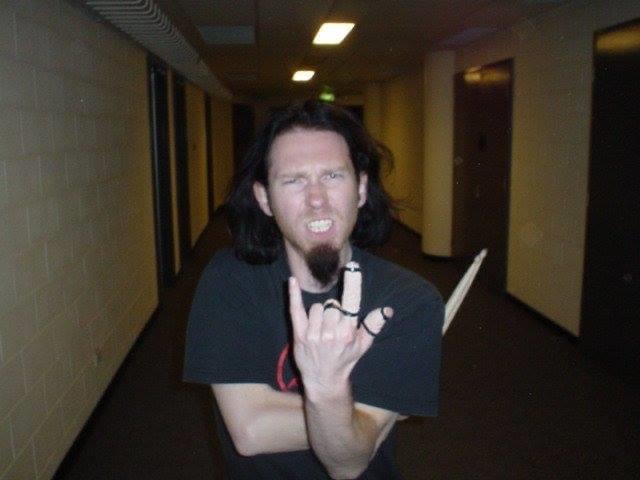 The Australian metal community is in mourning from the death of former Superheist drummer Sean “Seanheist” Pentecost who passed away at his home in St.Kilda recently.

As a founding member of arguably Australia’s best ever Nu-Metal band, Seanheist (as he was affectionately known) was an integral member of the band in their most successful era between 1994 and 2004. Sean became a fan favourite for always being available. His humble nature and eagerness to get to know his fans was one of his many great attributes. His drumming inspired a generation in Australia and his memory will live on through the music he created.

Former Superheist bass player Drew Dedman left this fitting eulogy:
“Seanheist was a true professional on the kit who inspired a generation of young Aussie metal drummers. He would always bring his A-game when it came to drums, whether it was a gig, a rehearsal or to a recording session. Aside from the bassist/drummer connection, you were also my dear friend and we shared some of the highest of highs and lowest of lows together during our career. Somehow we kept our heads above water and always found a way to laugh it all off and enjoy the moments for what they were. Your humour and wit was classic. We had so many in-jokes about everything and everyone around us, often we would just start laughing without anything being said. I guess four and a bit years on the road living in each other pockets both physically and musically gave us a special connection. I will never forget our time on stage or sitting back talking after a gig at the Gold Room. “How good was good”.

When Superheist reformed in 2016 after a decade long hiatus, Seanheist was unable to retake the drum stool due to a debilitating ankle injury, offering his full support and blessing to then-incumbent drummer Benny Clark.

“Where do I begin, you are the reason I play drums the way I do. You are a big reason why I play drums in general. You are the reason I signed my first drum endorsement with Mapex cause I wanted to be like you. You gave me your blessings when I joined Superheist. And I’m so glad I got to talk to you and let you know all of this before we lost you. We lost a true gentleman and a real OG. Gonna miss our chats. The Original And The Best. Rest easy brother Sean Heist”.

“Superheist could not have been what it is to Australian music without the unique style that Seanheist brought to our sound. He loved metal, but his drumming wasn’t about being metal, it was about bringing dynamic and groove, which at the time was what set us apart from other bands and developed our “big bounce/ big groove” sound that we are so well known for. Seanheist was one of the good guys… he will be sorely missed and we will always have his beats to remind us of the heart and soul he put into his music. R.I.P mate”.

In Sean’s honour, we encourage friends and fans within the Australian music community to please enjoy his favourite Superheist track of all time Beachview, off the album 8 Miles High.