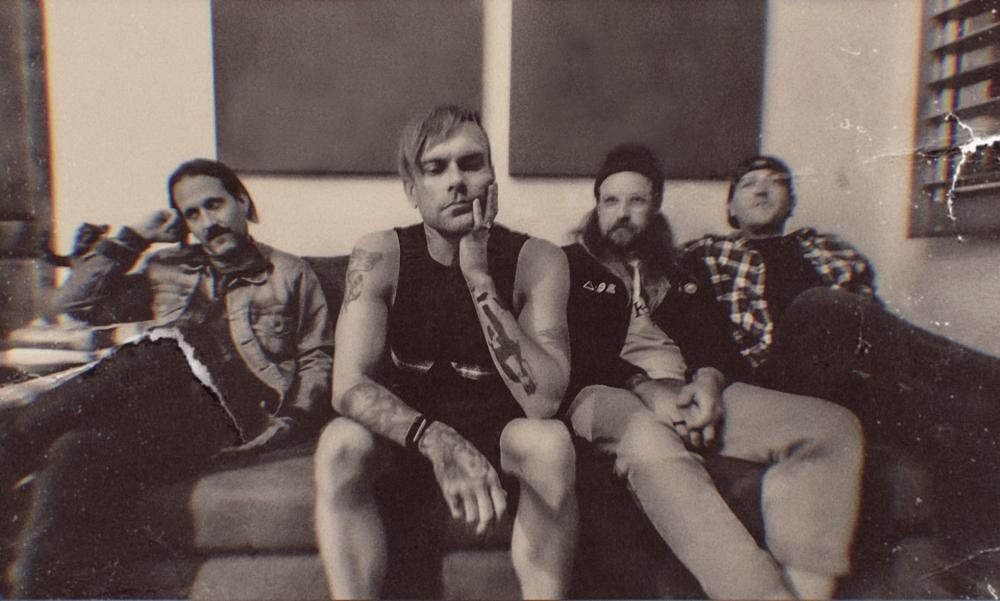 The Return Of THE USED

The Used recently surprised all of their fans by suddenly dropping a single titled ‘Blow Me.’ That was the first release since the band had signed with Big Noise Records and shortly after the single was released the band admitted that they had been working on a brand new album after their festival tour. With the album slated for released in early 2020 and the band also embarking on an North American tour HEAVY Mag took the chance to sit down with Bert McCracken to see what fans can expect from this new album.

“It has actually been a dream come true working in the studio again with John Feldman,” he says referring to the fact that their old producer has returned to the fold as we talk about the work that has already been done on the new album. “It felt like a mission, an art project… it was a lot of hard work. It was a mentally and emotionally draining experience but to get back into the studio with Feldman as he worked at catching melody it really felt like the basics of songwriting and that is what it is all about. It was really nice, Jon Feldman is a true inspiration. I have said it numerous times but nobody works as hard as him, he is always ready to go no matter what. He can write four songs a day and they will all be really great. Just being in the same room as him is quite magical. If I lived in L.A. I would live really close to him so I could sleep outside his studio door…. that’s the magic of John Feldman.”

That leads me to ask McCracken what exactly it was that first sparked the thoughts about working with John Feldman again aside from signing to his label. “I’m not actually sure what it was,” admits McCracken. “We have maintained a fairly good relationship throughout the years. It is quiet overwhelming to me because I feel like in the past that I have been a difficult artist to work with and it might have seemed like I had burnt that bridge, but he is like a brother to me and it is just feels like home. It is something you are so comfortable and familiar with and this is our sixth or seventh album with him… yeah it was incredible, man We had some of the best times I think you can have writing and recording music.”

“We took a bit of an avalanche or volcano approach to it,” says McCracken when I ask whether he started working on the album in Sydney or if he re-located to LA for the entire writing and recording process. “When we were writing songs it was like we would just spew forth creative energy. We started working on the album maybe last October and then we demoed out about twenty or thirty songs, then we got into the studio with Feldman and just started from scratch with his process. Working in the studio with Feldman is pretty much the same thing day-to-day. You go in, you either start on a piano or an acoustic guitar and then you start to think about what kind of song you want to write. If it is a heavy song then you just rip out a heavy riff and then try to get an overall feel for content… lyrical content. Sometimes the lyrical content will write the song for you, but it felt really fun and free to be like ‘well what kind of song do you want to write?’ or ‘well what is some of your favourite songs, let’s write one that kind of feels like a wooden fence in the back-yard.” Anything is possible so it is really, really fun, nobody’s ideas are invalid, the whole band is throwing all their ideas at the wall and you see what sticks.”

The process was also so much fun that the band ended up with a lot more songs than they actually needed for the album. “We actually ended up with a bit more than that,” he says when I ask if it is true that the band ended up with twenty-seven songs at the end of the recording process. “There were about eight or nine that we were in the process of recording and then we were like ‘nah this one’s not good enough let’s move on.’ So we have about twenty-six or seven that we like, so we will probably put fifteen on this one and then call the rest Operation B-Sides.”

“In a lot of ways one child is always better than the other one,” says McCracken laughing when I ask isn’t picking which songs you like for an album like comparing your children. “I think it is like what it is like with children as well, you know straight away. You will be like ‘man this one is kind of gnarly’ or ‘this one is really fucked up.’ No, I think with a strong song it is really easy to tell in the basic skeleton version of the song. If it has a catchy melody or it flows well and everything just feels really natural, when it is like that you just know straight away and that is great.”

“I can’t wait for you to hear it,” he says to finish up the interview. “I’ve never really been someone that listens to his own records on repeat but I can’t stop listening to this one, it is so much fun and so interesting.”