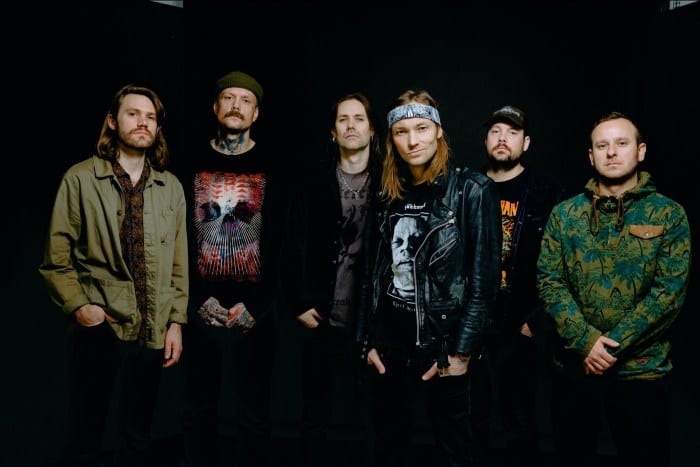 The Rebirth Of KVELERTAK

“Of course at the same time I was a little bit nervous because the fans knew the old singer and he was a really good singer.” — Harvard Takle Ohr

It is quite often you hear the phrase “this is the album that will make or break a band” or “this is the band’s rebirth”. Normally it is a gross over-exaggeration but this certainly isn’t the case for Norwegian rock/punk/heavy metal band Kvelertak and their brand new album Splid.

Even out of the studio the band have gone through a rebirth over the past twelve months. Ivar Nikolaisen came on board as the band’s new vocalist while they also welcomed Havard Takle Ohr to the fold as their new drummer. The result is a very different sounding Kvelertak on Splid. The old punk sound has given way to a new heavy metal sound that at sometimes even borders on prog metal.

“We actually started the writing process for the album back in 2018,” says Nikolaisen when I get a chance to sit down and chat to him. “Our guitarist that we call DJ he said ‘okay this time I want to do a party album.’ You know a lot of short songs and every song would be a party hit punk rock style, but it didn’t end up that way. It is almost a proggy punk album now, that is how it ended.”

Chatting further to Nikolaisen about Splid and it becomes really obvious that the album ended up taking on a life of its own. “We were just jamming a lot in the rehearsal room and it ended up the way it did,” he explains. “It feels like the first six or seven songs of the album have a real party vibe and then it is a darker vibe on the last songs. There are like four songs that go for longer than seven minutes and the whole album ended up going for like an hour – so it is a pretty long album.”

The party vibe of the album seems to also be affected by a lot of the goings-on in the world today, and it is there where the darker side of the album seems to take over. “Yeah it is a bit of a doomsday album,” says Nikolaisen agreeing with me when I ask whether the world around them influenced the album at all. “That is also one of the reasons why we called the album Splid which means kinda ‘discord’ in English. You know there are things in there about the climate, things that all nations are dealing with.”

Of course, the other big factor that influenced the album were the comings and goings from the band and that certainly isn’t lost on them. “There were a lot of changes,” says Nikolaisen with a slight chuckle. “Of course I am the new singer and we have a new drummer and we have a new record label and we have a new booking agency and new management – with all of that it almost feels like a new start for us.”

While the changes are pleasantly obvious on the album, internally the transition of lead singers for Kvelertak has almost seemed seamless. “I’ve known these guys for thirteen years and I even did one song on their first album,” he explains as we begin to talk about how he felt coming into the band. “I did some guest vocals for them back then and since then every time they have been in my town I have done some guest vocals live as well. They also supported my old band when they first started out back in 2007 and 2008. So, I knew the guys and I mean it is just rock ‘n’ roll, it isn’t brain surgery, you know?”

“I know how to do it,” he says continuing to laugh. “Of course at the same time I was a little bit nervous because the fans knew the old singer and he was a really good singer. I was a really big fan of his and I didn’t want to copy what he was doing so I started to do my own thing. But really I am just doing what I have been doing for twenty years with other bands. But this is a little bit different because it is much bigger than anything I ever done before, I mean it is not that big but for me I have only been travelling around in small punk, hardcore and metal bands and playing for like 100 people right across Europe for the past twenty years, so that part is new for me. Like today we are playing in Hamburg and it has sold out and I’ve been to this city and played a lot in the last twenty years, but each of those times I think I played in front of perhaps twenty to two hundred people. So of course it is different, it is a little bit more professional, but I think what we have done so far has been really good, people are still coming to the show so I think they like me, and the band are really nice to me… so I think it works.” 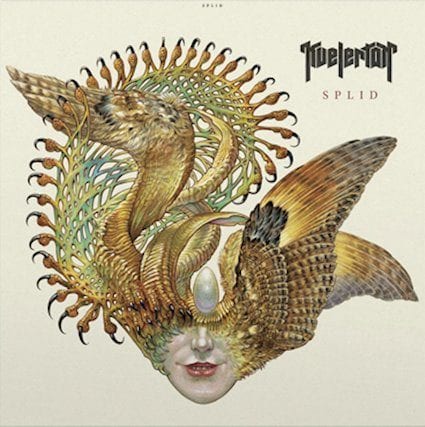