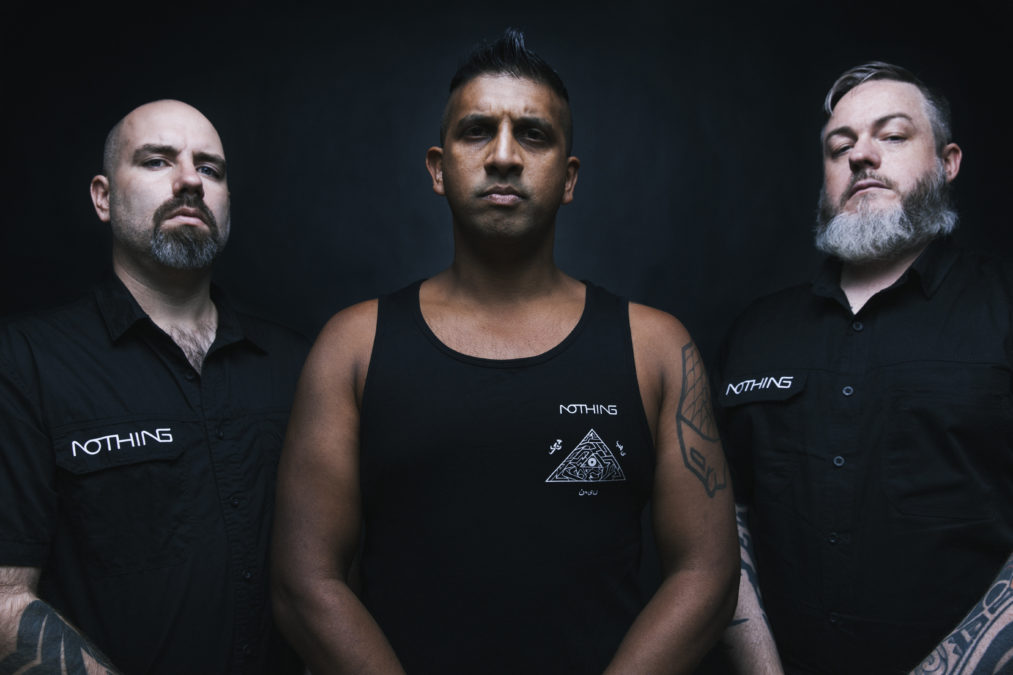 The Path to Repair with NOTHING

Conceptually based albums are huge projects.

Instead of having stand-alone singles, each track usually adheres to a set formula or direction that gathers momentum the further you listen, but Melbourne’s Nothing have taken that idea and expanded on it with their latest offering. The Self Repair Manifesto concept series is particularly ambitious, with a total of five songs to be released that follow the descent into darkness and back from the point of view of a female character who must seize back control of her life and cast out the very things hell-bent on destroying her.

“The Self Repair Manifesto series is conceptually based and we have been releasing everything chronologically up to Part 2,” explained vocalist and bass player Craig Johnson. “It’s about overcoming a narcissistic and toxic relationship and is based around a female protagonist overcoming a physically, emotionally and financially abusive relationship with a narcissist and picking herself up from rock bottom and trying to reassemble her life. The first chapter was the recognition of that and the visuals I had in my head were of awakening in your own grave. This is the second chapter where she’s pulling herself out of that grave. ‘Subterfuge’ is about deceit – using deceit to achieve your goals – and it’s about her recognising how he has tormented her and put her in this position and turned people against her. It’s a bit of a battle cry to climb up that mountain and face your tormenter.”

‘Subterfuge’ is the second of a five-part series that Craig admits is finalised in his head but concedes still has a distance to go before reaching its conclusion.

“Any time we write we just go with the flow,” he shrugged. It’s purely a feel thing, I don’t think we’ve ever had specific intention. A riff will just pop out and we’ll just pick up on that intrinsically and with this song, I actually came up with the initial couple of riffs watching Cannibal Corpse many many years ago. I was there with Dale, our drummer, and we all lived together at the time and we were trying to sleep after the gig and I was hammering away on my bass because I had a riff stuck in my head and I remember he stuck his head in and said ‘what’s that, I like that’, and it took off from there.”

In the full interview, Craig discusses the different chapters of the series and how the storyline develops, the personal inspiration for the story arc, writing to a set storyline, telling a female based story from a male perspective, playing conceptually based music live and keeping a cohesive flow, what he hopes people will get out of the series and more.

listen to ‘Subterfuge’ below