“It’s been way too many years since last time we were there,” bass player/vocalist for Ensiferum, Sami Hinkka, almost apologised ahead of their tour starting February 28. “We’ve released two albums in between so, of course, we’re gonna have some new songs and some old hits and we’re gonna check the setlist we played last time and add some rare songs so even hardcore fans that saw us last time will be positively surprised”.

Ensiferum have been labelled a folk-inspired melodic death band, but as Hinkka explains there is much more to the band and their music that simple labels might suggest.

“We have had so many different labels… I really don’t know”, he laughed. “It all started in ’95 when Marcos – the founder of the band – he was really into melodic death metal and he was also very inspired by Finnish and Scandinavian and Irish folk music so he took the melodic side of folk and… one of the best descriptions is heroic folk metal because we also have this very heroic aspect in all the lyrics but when the album Iron came out there was an article about Ensiferum and it put it as heroic, ironic metal (laughs) and I really like that one. We have a sparkle in the corner of our eye when we write music. Of course, we compose with a full heart but we also smile to ourselves”.

In the full interview Sami discusses the name of the tour and how it relates to the band, gives the inside work on the follow up to 2017’s Two Paths, explains the difficulties of converting and playing metal folk melodies on electric guitar and keyboard, his joining of the band in 2004 and the first recording he played on, Dragonheads, the different recording methods used on Two Paths and if they were successful, and more. 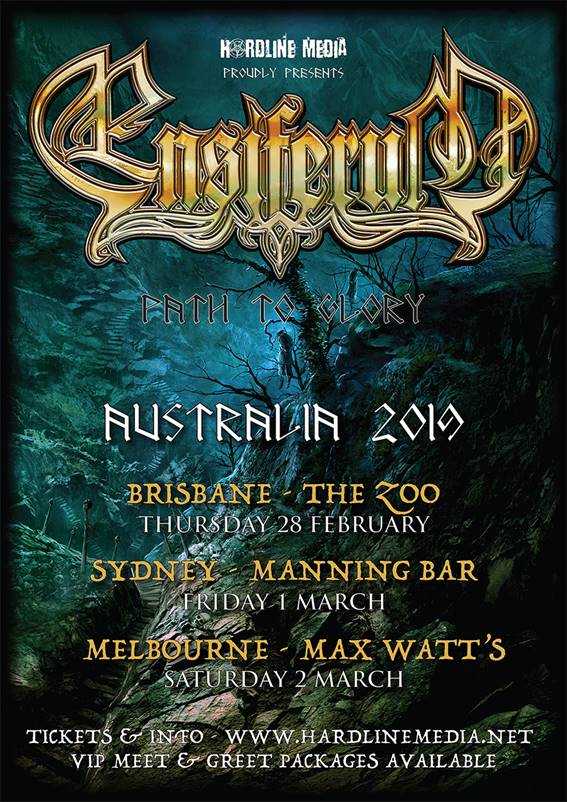