THE MAGPIE SALUTE and MAKER at Electric Ballroom, London on 11/12/18 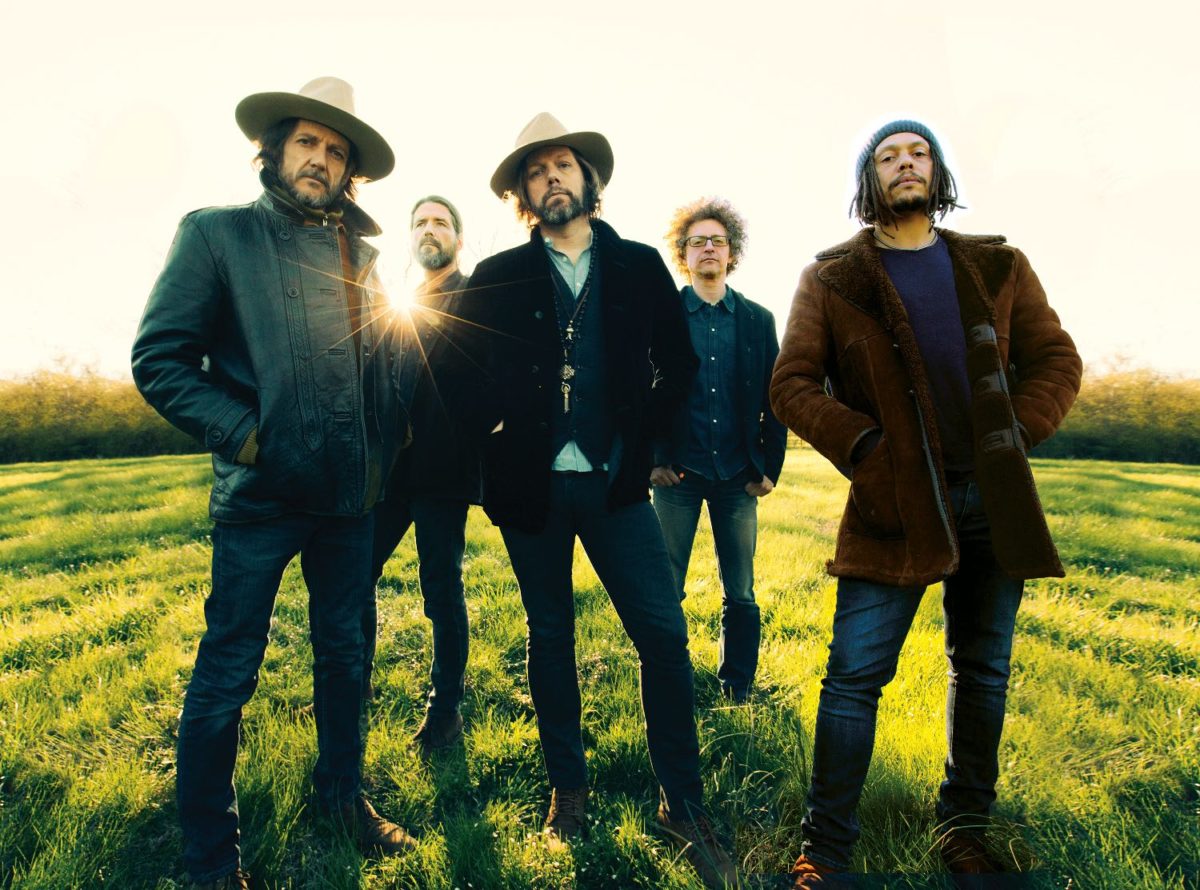 “Come on, let’s have some Crowes now!” yelled a man in the crowd at Camden’s Electric Ballroom during a between-song lull of The Magpie Salute’s set.

“Uhhh, I didn’t know The Black Crowes were playing tonight? I think you’re at the wrong gig. Hey, maybe I should give you a suggestion card, you can write my setlist for me,” sniped Rich Robinson, co-founder of The Black Crowes and founding member of London’s Tuesday night treat, The Magpie Salute.

It’s true; the dispersion of The Black Crowes has left an indelible void in the music world for many, a gross pang felt in the heart of rock’n’soulers. But brothers and ex-partners-in-music Rich and Chris Robinson are paving their own paths now, avoiding their own self-made anguish that came from working together. Rich has stepped away from the chasmic black of the crow and into the superstitious charm of the magpie, bringing ex-Crowes members Sven Pipien and Marc Ford along for the ride.

Prior to the stage landing of The Magpie Salute, support band Maker pitched their early-era Black Crowes bombast to spectators. Very blatant fans of The Black Crowes in sound and appearance (guitarist Andrew Donaldson’s resemblance to Rich Robinson is perhaps the epitome of ‘imitation is the sincerest form of flattery’), Maker were a delectable appetiser. An ornate shawl draped haphazardly around his shoulders, frontman Alessandro Marinelli brought the soulful husk of Chris Robinson and Rod Stewart against a backdrop of incessant, dirty groove and prowling bass. Whilst their music was insouciant, with songs like “Quick Getaway” and “She’s On A Replay” meandering through simmer-and-boil patterns with nimble genius, their stage presence often felt a little inhibited. Nonetheless, the confidence of their riffs and rhythm held the crowd in rapture.

Conversely, The Magpie Salute strode on with understated yet clear self-assurance, as a band of veterans would be expected to. The stage bestrewn in the dew of incense and sage that brought a fragrance to mirror the warmly spiced seasoning of their sonority, The Magpie Salute opened with the onomatopoeic “High Water”. Exuding Robinson’s trademark glow via a beautiful mesh of gilded tones, cymbal spatters and earnestly devoted bass, The Magpie Salute performed with poise and sophistication. Although guitarists Ford and Robinson maintained their usual stern demeanours for the most part, they frequently broke into smiles, sharing in the maraca-bolstered vibrance of frontman John Hogg’s performance and exposing an infectious, heart-warming chemistry between one another.

Whilst rugged and throat-grabbing riffs contained in tracks like “Omission” and “Take It All” were plenty gratifying, The Magpie Salute’s real luxury came in their ability to tap into a gorgeously cosmic quality during their serene jam sections. Delicately hovering ethereal keys and Pipien’s dextrous bass fleshed out the emotive soul effused from Hogg, Robinson and Ford. An acoustic intermission given by these three members, including a breath-taking rendition of “You Found Me”, brought exquisite vocals from Hogg but also gave sweet reminder of Robinson’s sleek and profound vocal ability in “Oh Josephine” – as well as appeasement of the aforementioned Crowes heckler.

All but one of the final four tracks were from The Black Crowes’s vault, much to the guilty pleasure of the audience. “Exit”, “Horsehead” and “No Speak No Slave” were executed and received with relish, their thick, snarling riffs snaking around spectators with constrictor grips. Finishing with the vigorously spirited “Send Me An Omen” having graciously bypassed the custom motions of exiting for an encore, The Magpie Salute concluded a set – and a tour – of gooseflesh-worthy fulfilment. Whatever bird motif he’s going for, gratitude for Robinson’s circus of music will always remain strong.