The Heat Is On FIRE FROM THE GODS 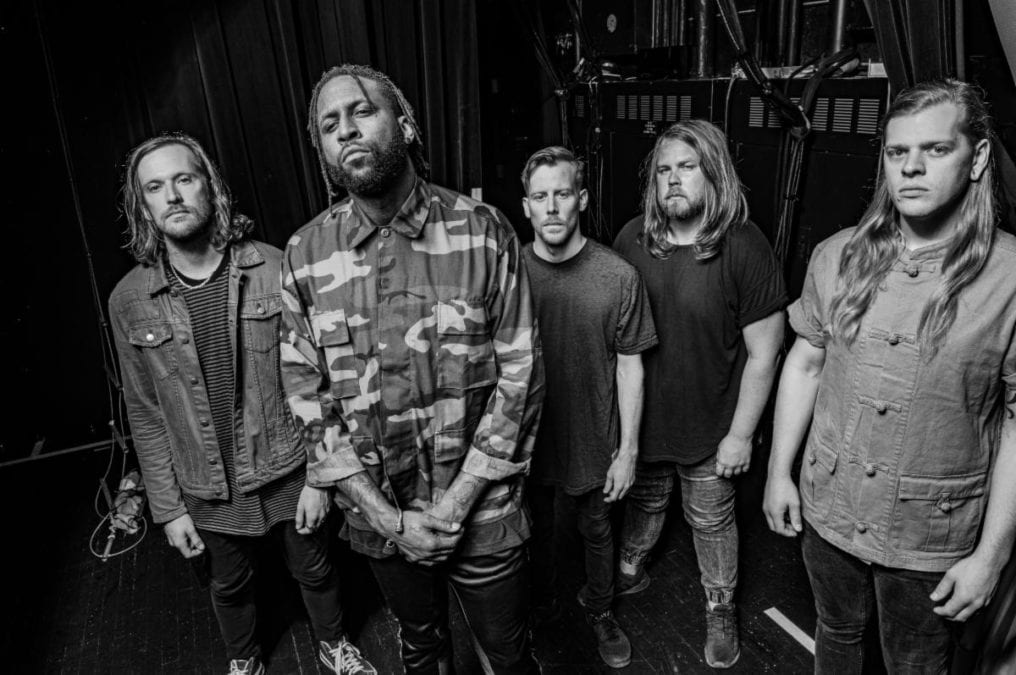 2019 may well be the year of Fire From The Gods. Hailing from Texas the buzz that has surrounded the release of their first two singles of their new album American Sun has been completely unheralded. With the album dropping on November 1st the first two singles have seen the bands listenership online grow by eighty percent while the videos have had over a million views each.

To find out a little bit more about the band that seems to be on everybody’s lips HEAVY Magazine’s Dave Griffiths sat down and chatted to Jameson Teat from Fire From The Gods.

“It’s all about the message, man,” says Teat when I ask him what the band were setting out to achieve with American Sun. “We’re about projecting hope in these rough days and basically it’s all about a hopeful message and spreading the love and kind of getting away from the constant hatred.”

With their focus on spreading such an important message I ask whether or not they have set writing process when they sit down to work on an album. “It does change, honestly it changes from song to song,” he explains. “There are certain songs that we have had for a number of years and we’ve been bouncing back different versions. You know we write on tour as well so it just depends on the vibe and where we are at that moment, but we don’t really stop writing we just keep going. We did do a lot of writing in the studio as well with our producer Erik Ron but like I said it just really depends on the vibe that we are in.”

“I think that is also what helps us have different sounds on an album rather than having one consistent sound,” he says continuing. “You know we tried to keep it a little more versatile genre wise and we’ll do a little bit of fusion there. That is pretty much the song writing process, but it can start with a simple hip-hop beat or vocals and then we write guitar, drums and bass for it after, or sometimes we have the music first and then AJ comes in and does his thing on it, so it kind of varies.”

Writing on the road seems to be a bit of rarity these days so I ask Teat whether or not he believes Dave Grohl is right when he says that a track is influenced by the city that it is written in. “Yes I certainly believe that,” agrees Teat. “It makes sense because you are in a completely different zone… you are in a different area, and you are also inspired by the crowd’s reaction. For myself musically I always try to put myself into some kind of arena setting in my head. I take myself out of the usual work space and it doesn’t really matter where we are but as long as you can take your mind to that other space and focus on the bigger picture so to say then that is a big influence. The few songs that we have written on tour do reflect that.”

When our talk turns to what happens the studio I ask Teat what he is like when he is recording in the studio. “I like to stay busy,” he says. “Because I do recording myself I’m never really nervous or anything… for me it is just about getting the job done. It’s also about doing the job and getting it done well and doing whatever it takes to do it well so I believe if you can throw your ego out when you step into a studio and enter with an open mind a song can turn into something very beautiful and very strong because it is just easier that way. So I just try to keep a really positive vibe and if something is not going that well then step out and go and shoot some hoops or just get loose anyway you need to.”

To finish off Teat says, “We would love to come Down Under very soon so we would like to say to our Australian fans we hope that we are there soon and you can come out to the show and feel the vibes but for now keep your head up because there is hope and we are here to stay and keep pushing the message and the movement so come out and feel it with us.”

American Sun will be released on November 1st through Eleven Seven and Rise Records.

VOID OF VISION With New Single