The Fast And The Dead KADAVAR 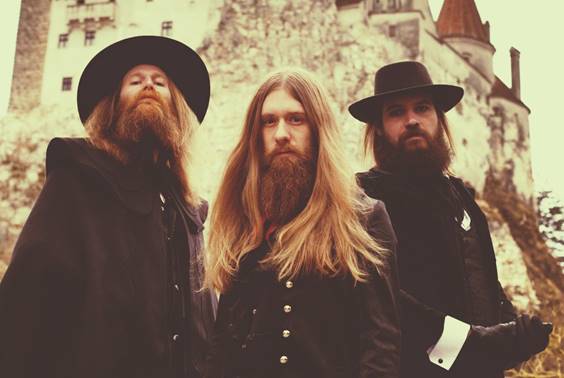 “It has been a journey to see what the maximum is that you can do with three people, but I really enjoy the bigger sound and the extra dynamics that we are getting with the songs.” — Lupus Lindeman

Being one of the hardest working bands in the world makes it hard to pin down a member of Kadavar for an interview. For a while, I thought the retro rocker’s front-man Lupus Lindemann was going to be my white-whale. But eventually, we caught up with him while he was making his morning coffee and we finally got a chance to talk to him about the band’s upcoming Australian tour.

“We are really happy to be coming back,” he says with a small laugh. “It has been on our horizon for a little while now. There were some changes though with the two people we used to work with in Australia so that made things difficult, so we put it on the side for awhile while we waited for an opportunity. Now we have a chance to come back though and we are super happy that we have this chance. We have the new album as well, actually, I think it has been two albums since we have been back to Australia so that itself is a good reason to come back.”

As a chat, we talk more about their last tour and it seems like it was a tour that the band have fond memories of. “The last time we were there it was really cool,” he says excitedly. “We played at a couple of smaller venues that I really liked and we did Cherry Fest in Melbourne which I really enjoyed. There are good people there and that always makes for a good tour.

For many people, Kadavar was unheard of until they heard a copy of their last album – For The Dead Travel Fast. The album has been universally praised with some critics labelling it one of the best rock albums of all time. Lupus admits though there is a catch to playing the tracks live. “It is a bit difficult,” he says when I ask how the tracks off the album have been received when they have been played live. “We used to limit ourselves in the studio to only record the instruments that we could only play on stage but with this album, we added some synthesisers and extra guitars and choirs and all of that kind of stuff so we had to find a way with only three people to put that on stage.”

“Now some of us have to play synthesiser and guitar and our drummer is singing now as well,” he goes on to explain. “It has been a journey to see what the maximum is that you can do with three people, but I really enjoy the bigger sound and the extra dynamics that we are getting with the songs. I think people are going to really like it.”

While playing tracks from For The Dead Travel Fast has provided some headaches for the band they say it is something they are getting used to. “It is our tenth anniversary this year so it is something that we are getting used to,” he says when I ask how the band normally goes about adapting album tracks to be played on stage. “We know what we can do and what is impossible but sometimes we need to realise that we have gone over that line but usually we do know just how far we can push it.”

“We do write the songs in a studio and we do record the songs in a studio live,” he says still explaining the process. “So we play them the way that we would when we on stage. That gives us the opportunity to see if it will work or not on stage later, because we normally don’t do over-dubs… it is all recorded live.”

Our discussion goes more into the praise that For The Dead Travel Fast received and I talk about the fact that some critics called it ‘a new benchmark for other bands’ while another called it a ‘masterpiece.’ That makes Lupus laugh. “See now I have done my masterpiece, nothing else I do now with ever matter,” he says continuing to laugh. “No, see for us we played music and did what we liked. Anything that people add to that all came much later after we were done with the album and by then I didn’t feel that connected to it. That is what musicians do, they no longer feel connected once they are done with an album. All the media and reviews came four months after we were done with the album and my head was already far away from it, I was already searching for new ideas. It is like giving birth to something and then just letting it go to see what happens.”

KADAVAR hit Australia this month, all the tour dates can be found below.

Ticket purchasers are advised to hold onto their tickets until a further announcement – www.beatscartel.com 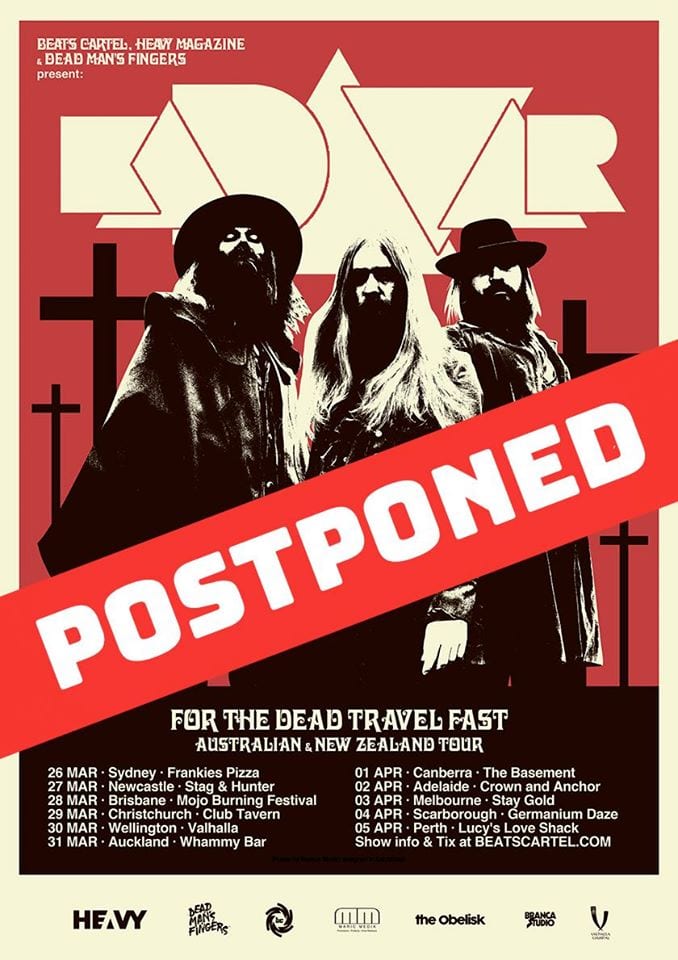 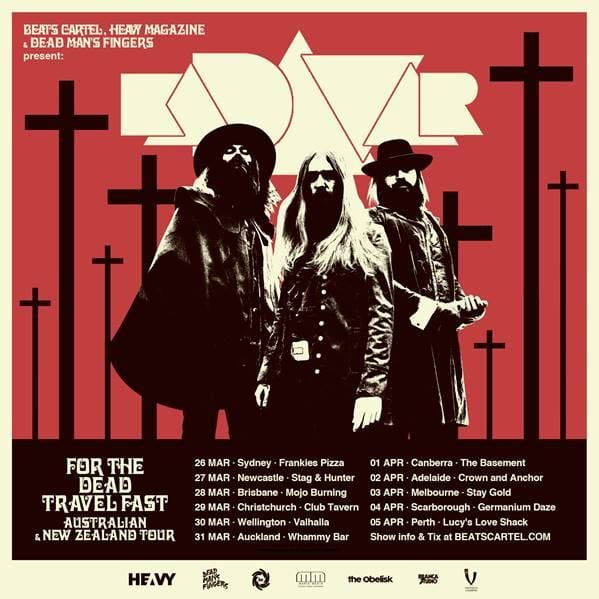