THE DUST CODA Find Their Mojo With Latest Album 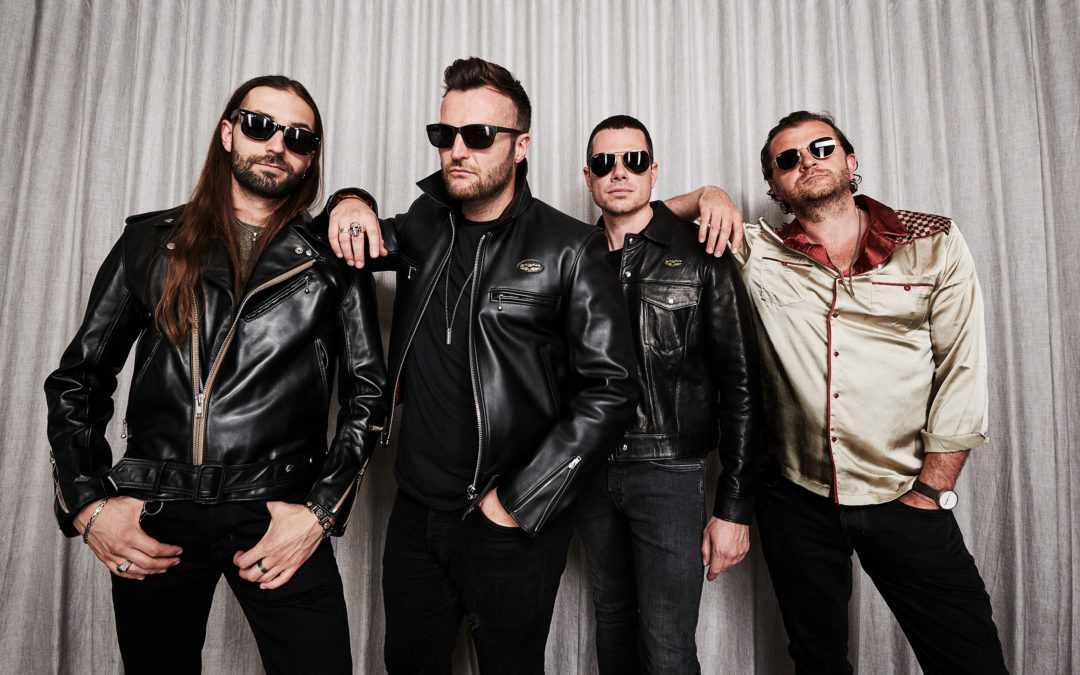 The Dust Coda are one of those bands that may not be on your radar yet but with a listen to any of their singles will instantly climb to the top of your playlist.

They are a perfect blending of hard blues and harder rock guaranteed to get your toes tapping while still subtly bludgeoning you into submission.

With their second album Mojo Skyline set for release on March 26, frontman John Drake sat down with HEAVY to discuss the new album, and, more importantly, the fact he is actually an Aussie!

“I am indeed,” he proclaimed proudly. “I was born in South Brisbane a long time ago (laughs).”

With Mojo Skyline already spawning a string of hit singles, Drake continues by giving a musical overview of the upcoming album.

“Oh, man…Firstly I’m real proud of it,” he enthused.” We worked hard on it. I wanted to make a second album that took everything that we love about heavy rock and roll and had big choruses – which we love – but I also wanted to bring in more kind of melody and light and shade and I think we’ve done that. You’ve got these rockers like “Breakdown”, “Demon” and “Limbo Man” that starts the album off, which is what we love, bang the fuck out of the guitars and then it moves into more melodic territory – which I also love. I’m influenced by Bryan Adams and guys like that so we wanted to, I guess, make a record like the albums we love. I love Superunknown by Soundgarden; I love all of the Gunners records and all of those records have so much variance in the music. It’s not just smashing your head all the time, it’s melodic as well, and the main thing for us is always making sure there’s strong choruses and a good album’s not a good album unless it has an epic, epic tune on it. The one on this album is the song called “Rolling” and that’s the big fat beast which I fucken love (laughs).”

In the full interview, John runs us through the album in greater detail, gives a history of The Dust Coda, talks about their sound and how it came about, discusses the order of the songs on the album and their importance, whether the three songs released are a good representation of the album as a whole, the album cover and it’s meaning, signing to a label during COVID and different things the pandemic has made you consider and more.